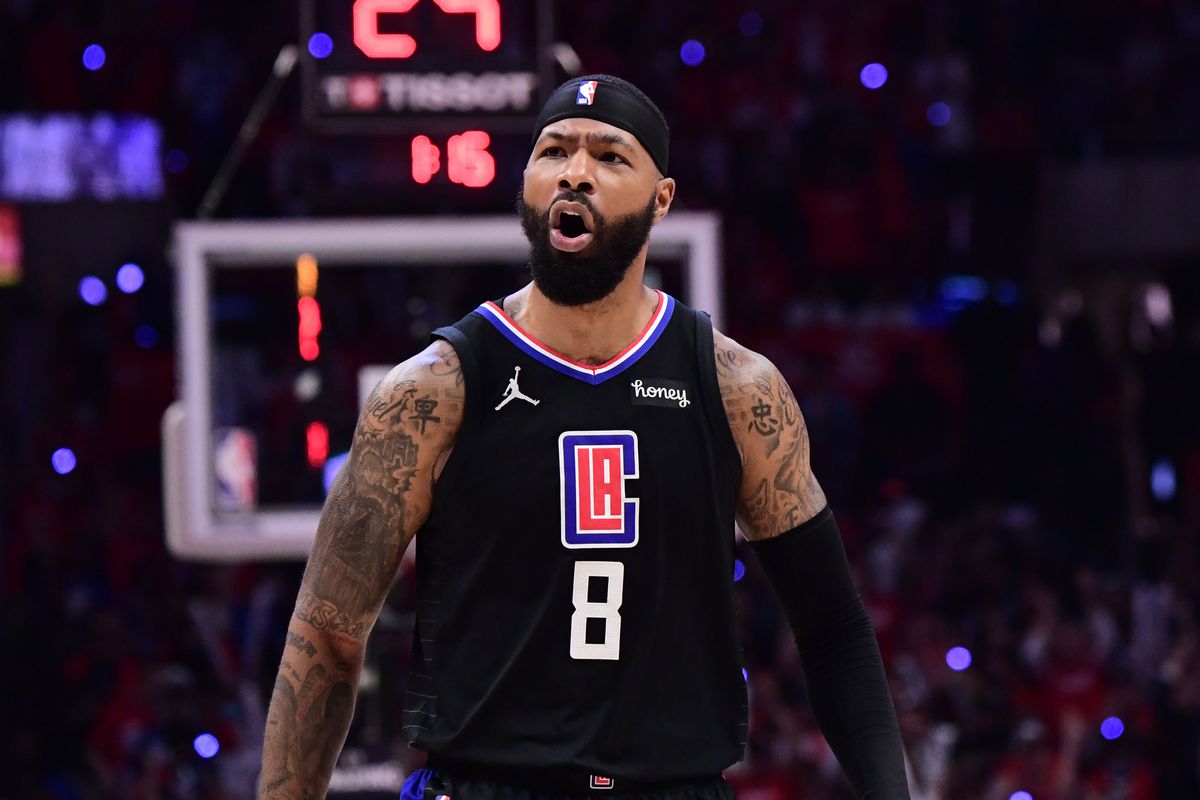 The final day of the NBA Play-In Tournament has arrived! After an ultra-exciting first two days of postseason basketball – including a 2-0 slate from yours truly – we have the last two play-in games tonight and we’re bringing you the best of our NBA props for tonight.

Friday’s action will come to a close with the Los Angeles Clippers, who are hosting the New Orleans Pelicans. This one tips off at 10:00 PM ET. The winner of tonight’s contest will earn a playoff berth in the form of a matchup with the Phoenix Suns. But, let’s focus on tonight’s action first.

Paul George has been ruled out for this win-or-go-home game, which opens up some value on other Clippers’ players. Marcus Morris should take on an increased workload this evening, and highlights this article as our pick against New Orleans.

Marcus Morris is locked into a large role in the absence of Paul George tonight. This is a perfect situation for Morris’ potential scoring outlook. The 32-year-old forward has plenty of playoff experience, with 65 career postseason games under his belt. His proficiency as an isolation-heavy scorer profiles well in a slow-paced game with a playoff environment, and he’ll be relied upon heavily without the Clippers’ top option.

In George’s absence, Morris rises up to second in the Los Angeles pecking order behind only Reggie Jackson.

The twin brother played 30 minutes in Tuesday’s loss to Minnesota. And, with George’s 41 minutes now vacated from LA’s lineup, he could be in line for a playing time increase in addition to a usage increase.

I’m expecting around 34 minutes for Morris tonight, which bodes quite well for his chances to drop 20-plus points. Even if foul trouble or a new rotation from Head Coach Tyronn Lue prevents Mook from seeing minutes in the mid-thirties he’s essentially guaranteed to see a hard minimum of 28-30 minutes.

There have been 23 games this season where the journeyman forward has logged at least 28 minutes in the absence of Paul George. He scored at least 20 points in 16 of these 23 games and hit the over on this points line in 17 of 23. Morris also averaged an impressive 20.6 PPG across this sample.

Morris sees a significant usage bump in George’s absence, too. His usage rate jumps from 19.3% to 24.7% when PG13 sits, and with a likely increase in playing time, we can expect at least 15 field goal attempts from him.

The former Kansas Jayhawk has a nice history in the absence of LA’s superstars. Of course, Kawhi Leonard has missed the entirety of the 2021-22 season.

Despite his long absence this season, Kawhi was active for the majority of the Clippers’ 2020-21 campaign, along with George. However, the two stars missed a decent stretch of games together last year, which allowed Morris to step up.

Mook played six full games without Kawhi and PG last season. He scored 16-plus in four of these six games, averaging 19.2 PPG in just 27.7 minutes per game.

The former Celtic held a lofty 26.6 USG% without Kawhi and PG last season. If he sees a similar workload tonight, a big performance should be in the works for Mook.

The Pelicans shouldn’t cause too many problems for Morris, specifically. Herb Jones is undoubtedly their top perimeter defender, and he should spend most of his time covering Reggie Jackson and Norman Powell.

Between Brandon Ingram, Jaxson Hayes, and Naji Marshall, I’m not concerned about any of these guys locking up Morris.

He had 22 points against New Orleans less than two weeks ago. And, at +190 on FanDuel, there is some incredible value on Morris to score 20-plus points this evening.

Marcus Morris is bound for an increase in minutes and field goal attempts without Paul George in a do-or-die home matchup with the Pelicans tonight. He’s enjoyed plenty of success in a larger role over the last couple of years, and the Pels aren’t a scary defensive unit in the slightest.