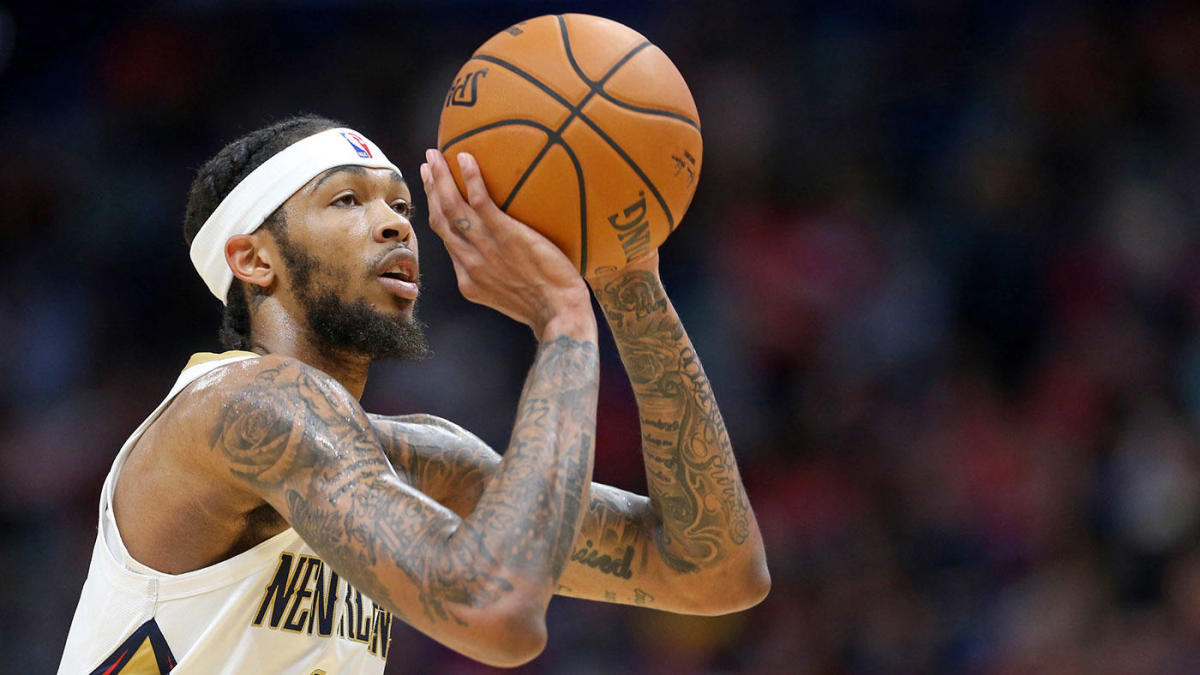 Today’s restart slate is another big one. I’ll kick things off breaking down this Brandon Ingram line that looks like one of the best values on the board, as his Pelicans take on the Wizards at 8pm ET.

Our article plays are on fire since the restart — in total, we’re 7-2 in this space, including 2-0 yesterday.

We’ve got another big card on tap today in our chat — Join our community to get the full slate of daily NBA props and MLB props, or get a Day Pass to unlock both of today’s picks for just $9.

Ingram​ has been one of the league’s hottest scorers all season, ranking 13th with 24.1 points per game (PPG). In the bubble, Ingram’s averaging 21.2, but he’s scored 23 or more in three of four.

Teammate Zion Williamson played 22 and 25 minutes in the last two games, and he’s only played one back-to-back in rookie season. It’s unclear how much he will play, but versus the Wizards, we could see more of him in the first half than the second. In Ingram’s one back-to-back game with Williamson, Zion scored 21 points in 35 minutes and Ingram recorded a team-high 27 in 41 minutes.

In his second start of the bubble, Brandon Clarke is facing a Thunder against which he averages 20 PPG. In those two games, Clarke scored 13 points in 19 minutes and 27 points in 25 minutes.

However, the Grizzlies have now had one game to play together versus the Jazz, and his 20 PPG versus the Thunder is his second-highest versus any opponent.

In the Thunder’s last game, Steven Adams went down with a lower-body injury and didn’t look quite the same. He’s expected to play, but if his minutes are restricted at all, Clarke should continue his success versus the Thunder.

OKC is already down Dennis Schroder and now defensive forward Terrence Ferguson and center Mike Muscala are out too. Their defense is wearing thin and a young athletic forward like Clarke could get more than a few buckets versus them, and he’s already proved that, twice.