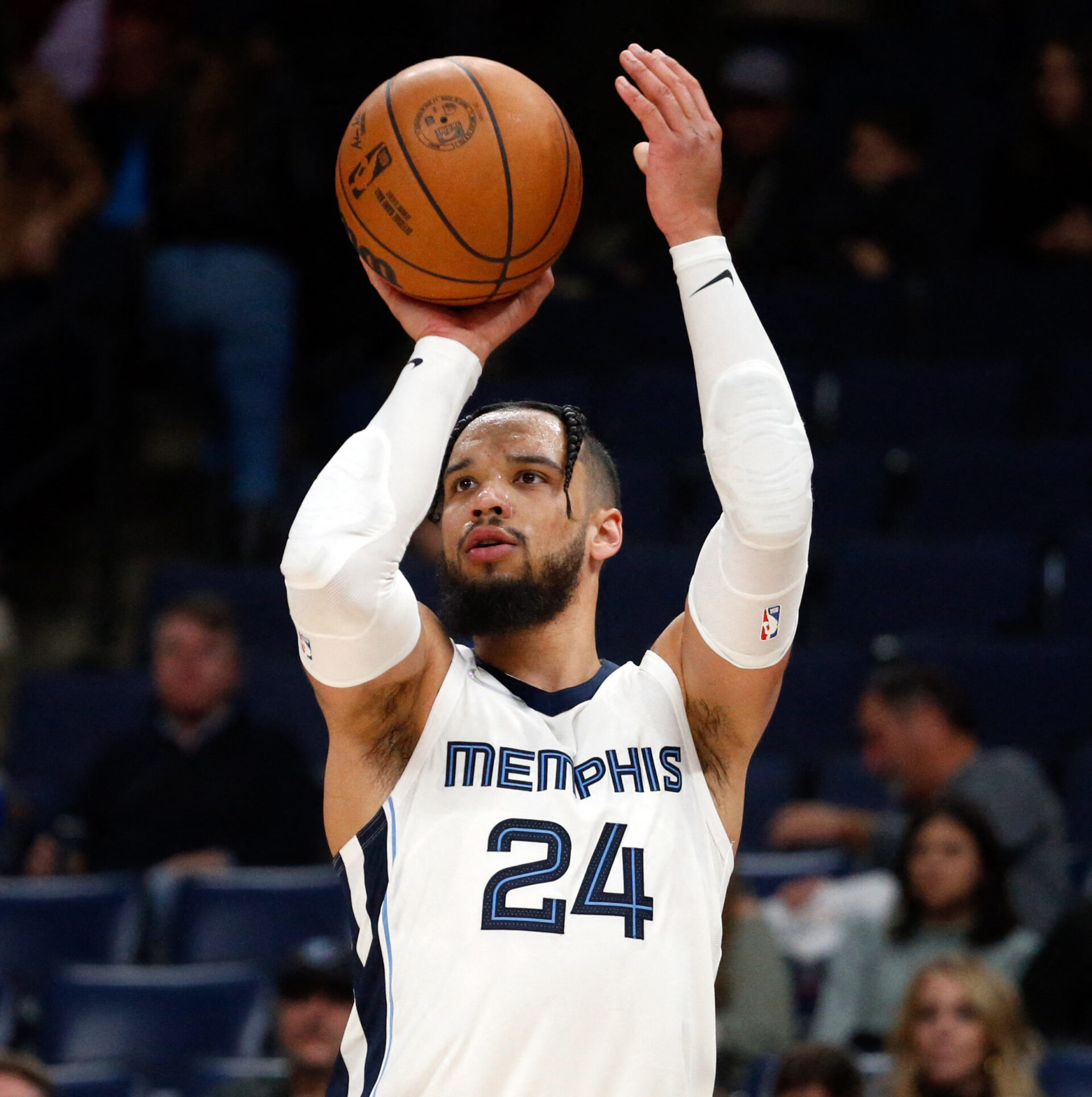 NBA Basketball is as fun as it’s ever been right now. And, the basketball gods (or the league’s scheduling) have gifted us a 12-game slate tonight. Let’s not waste time and dive straight into our favorite NBA Props for Wednesday evening’s action.

The Memphis Grizzlies are visiting the Charlotte Hornets — tipoff is at 7:00 ET. And, these two squads couldn’t be farther apart right now. Memphis holds a top-five record in basketball at 23-13, while Charlotte’s 10-28 record has them squarely in the bottom five.

The Grizzlies are finally pretty healthy, and that has led to fewer scoring chances for every starter except for Ja Morant. But, we’re not targeting Jaren Jackson Jr. or Desmond Bane tonight. Tonight is an excellent night to bet against Dillon Brooks.

Dillon Brooks has a clear reputation in the NBA: a shot-chucker that also plays lock-down defense. However, with Memphis’ entire starting five active, there are fewer shots available for Brooks to chuck on a nightly basis.

Brooks’ usage rate is sitting at just 19.0% with the starting five intact. This is a massive drop-off from his 26.1 USG% (in 27 games) before Bane returned on December 23rd.

This over/under of 17.5 points is simply too high if Brooks is going to be an afterthought in the offense. And, that looks to be the case this evening.

Desmond Bane’s emergence as an all-star-level player this season has decreased Brooks’ importance to the Grizzlies’ offense. Brooks has never been an efficient scorer at any point in his NBA career. Meanwhile, Bane has emerged as one of the best shooters in the entire league en route to an efficient 21.8 PPG this season.

Furthermore, JJJ has enjoyed one of the most productive offensive stretches of his career thus far, too. And, if both of these guys are going to be reliable scorers for Memphis, Brooks’ usage is sure to take a hit.

The Oregon product has played 13 games alongside Ja and Bane this season. He’s averaging just 13.2 PPG in those games. And, he’s scored 16 points or fewer in 10 of those 13 contests.

This under has cashed in 6 of Brooks’ last 7 games. Plus, this is a subtly difficult matchup for DB specifically despite Charlotte’s fast-paced play style.

Brooks is the undisputed top perimeter defender on the Grizzlies this season. He defends the opposing team’s best guard just about every night and is a huge reason why the Grizz are a top-three defense in the league this season.

That means he’ll likely see a ton of LaMelo Ball tonight. The 6’7″ guard has been lighting it up, averaging 24.9 PPG in 11 games since his return from injury. The difficulty of this matchup could lead to two things that work in our favor. 1) Brooks may expend more energy on defense and less as a shot-creator on offense. And, 2) foul trouble.

Enjoy playing our best NBA Props for Wednesday and Join us for the rest of the NBA season!