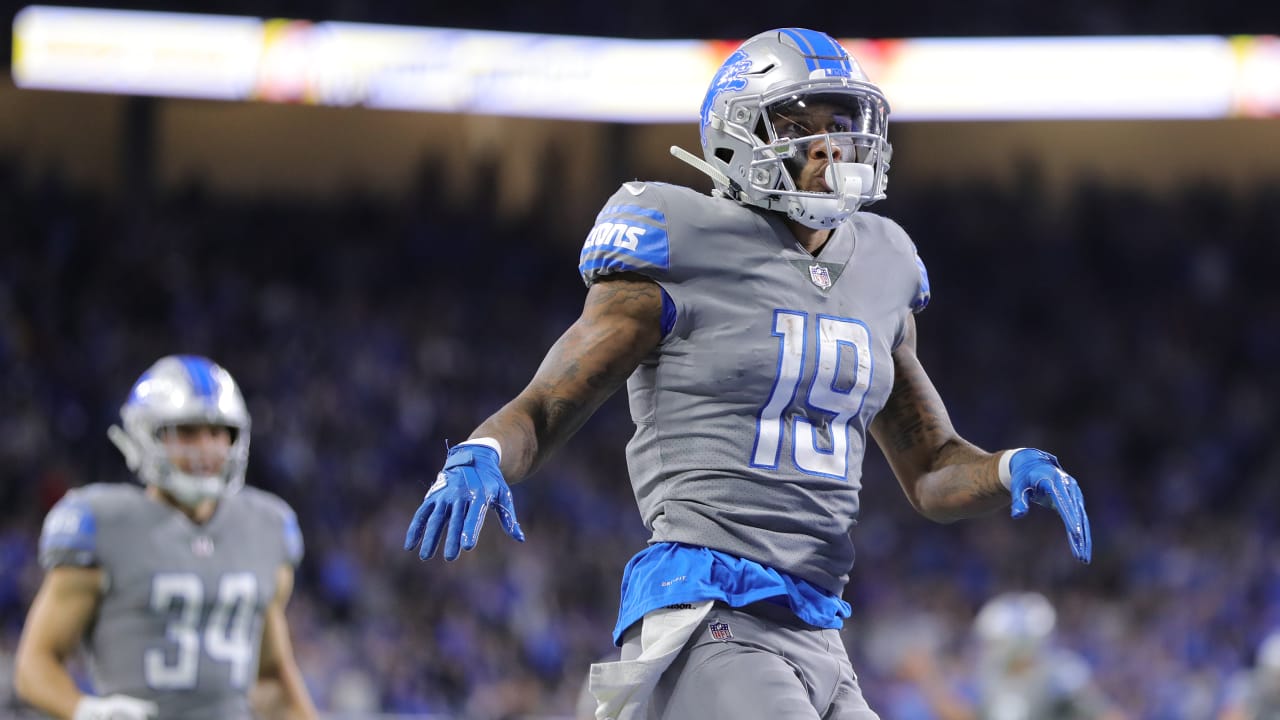 We're getting an early start on Week 3 NFL props thanks to the Prop Builder, a third-party tool available at a number of different offshore books.

While we usually have to wait until Saturday to see our first over/under lines, the Builder indulges us with a limited selection of head-to-head prop matchups early in the week.

Let's kick off Week 3 NFL props with a look at two of our favorite head to heads, with the Detroit @ Philadelphia and Rams @ Browns game featuring prominently in both.

It's going to be difficult to resist leveraging Golladay's great spot across a few different head-to-head props.

We've settled on this completions competition with Cooks as our favorite play, but there are a number of different WRs you can pit Golladay against comfortably this week.

His ceiling is sky high against a defense that has shown no ability to slow opposing No. 1 WRs.

It's the continuation of an alarming trend from last year when the Eagles gave up 70-plus receiving yards to 15 different WRs en route to ranking third-last in WR receptions and receiving yards allowed.

Despite facing an underwhelming Washington attack led by the mortal Case Keenum in one of their two games so far this year, they've already given up the fourth-most WR yards this season (226/game), helping to cash our Julio Jones yardage prop over on Sunday Night Football.

Golladay is coming off a 10-target, 117-yard day against an excellent Chargers secondary led by shutdown corner Casey Hayward, an excellent sign that he is not dependant on opponent or game-script. He's enjoying elite opportunity in his third season, ranking fourth in total Air Yards (295) -- more than Odell Beckham and Julio Jones.

Philadelphia's ability to push the pace - they're second only to the Ravens in plays per game with 71.5 - combined with their leaky secondary, make Golladay one of the best WR plays on the board this week.

Cooks is obviously no slouch, but he is a victim of Jared Goff's atrocious road-home splits. As a Ram, Cooks averages 42% fewer receptions and 36% fewer yards when playing away from L.A. 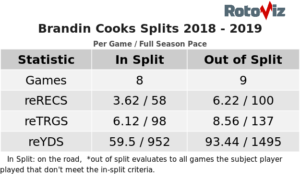 Their receiving yardage H2H prop is also priced at -122, but I much prefer playing receptions at the same price.

Cooks is capable of going 80-plus yards on any given target, but their early-season volume profiles aren't in the same league, with Golladay almost doubling up on targets.

This prop should probably be priced at -130 in favor of Golladay, and I would play it to that number.