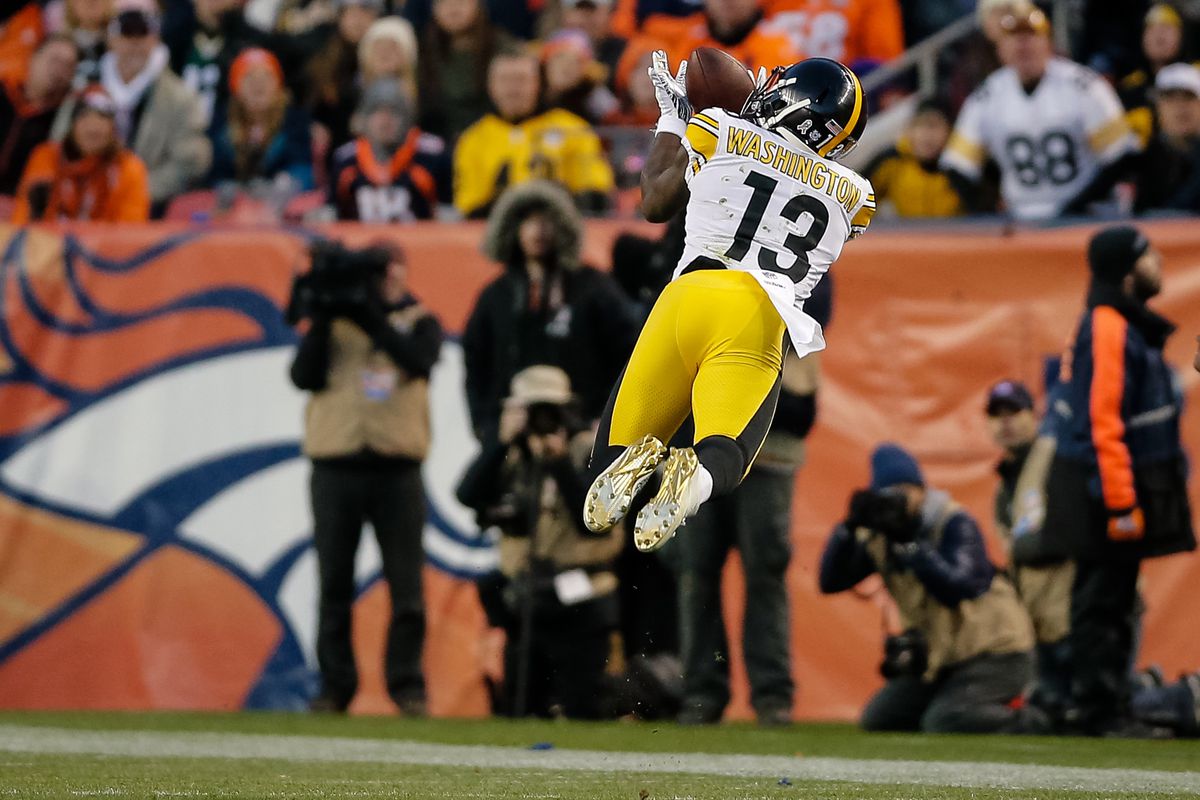 Washington has worked his way into a bigger role lately, and with a few of the other Pittsburgh pass-catchers battling the drops drop and Big Ben talking him up after the last game, I have to think this line has some value.

We’re hitting 60.4% on the year on NFL props — join us here to get full slates alerted to your device.

Washington is coming off a four-target, 80-yard game against Washington, the eighth time he’s gone over this line in 12 games. 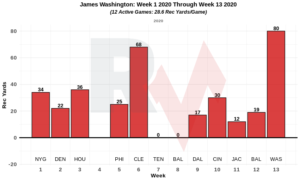 Washington is averaging 28.6 yards with a median result of 24.

And he came 0.5 yards short of making it nine-for12 in Week 9. So, even without the help of any extra volume, this looks like a solid play against a Bills defense allowing a mediocre 12.4 yards per target to WRs.

But could Washington be in line for a little more work? Here’s what his QB had to say.

Meanwhile, coach Mike Tomlin is growing tired of the growing number of drops by guys like Diontae Johnson, Juju Smith-Schuster, and Eric Ebron.

“They can catch the ball,” Tomlin said, “or they can get replaced by someone who will catch it.”

It all lines up for well Washington:

Projections range between 22-26 yards for Washington, and 2-3 targets should be enough to get it done.