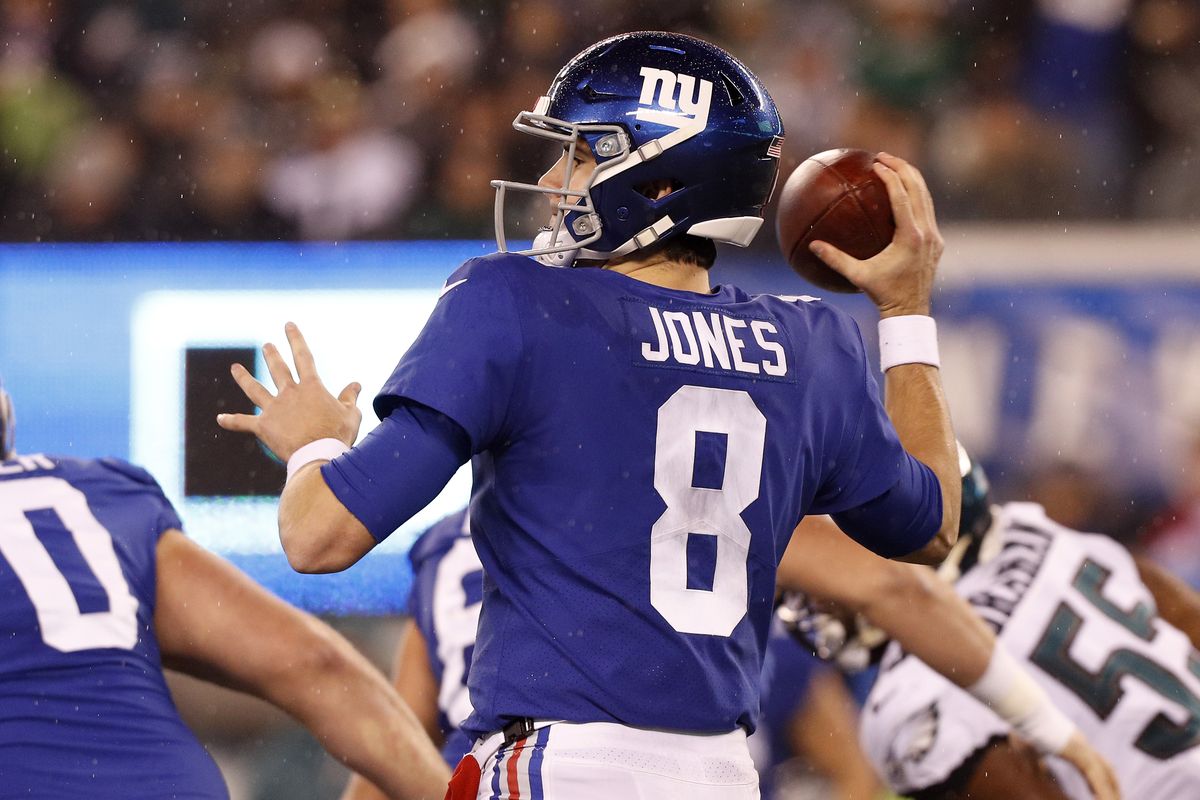 His passing yards per game has dipped to 204 after hitting 232 as a rookie, and we’re not expecting him to have much of a bounce-back tonight on a short week.

A picture of inefficiency, his:

It’s added up to a lot of profit in the prop market… for under bettors. Not many passers have managed to underperform their already-meager expectations quite like Jones.

Through six weeks, his average Passing Yards O/U is 247.7, but his average actual result is 203.8.  He’s now 1-5 to the under on his yardage prop, dropping five-straight.

Volume is a concern for Jones. After hitting 40 and 41 pass attempts in his first two games, he’s averaging 30 attempts over his last four.

The Giants now rank ninth-last in total pass attempts with 33.5/game, and unless Philadelphia’s shorthanded offense can run up the score a little, Jones will likely stay in the 35-range tonight.

At a career YPA of 6.4, that puts him at 224 yards, which is also right about where projections have him.

The Eagles aren’t nearly as banged up on defense as they are on offense, and despite being a pass-funnel defense, they’re still allowing the 12th-fewest passing yards per game (229.7).

That’s in part because their games have been slow-paced and ugly, which has helped them to a solid record when it comes to keeping opposing QBs under their prop totals.

They’re 5-1 to the under in defending Passing Yard props, with only a volume-fueled Joe Burrow hitting his over.

Don’t expect much volume or pace tonight, either.

These teams combine for an average of 64 plays per game, which is the second-lowest total of any game this week.

With Jones’ most dangerous downfield weapon Darius Slayton dealing with a nagging foot injury, on top of a tough matchup with Darius Slay, this is a tough spot for Jones to exceed passing expectations.