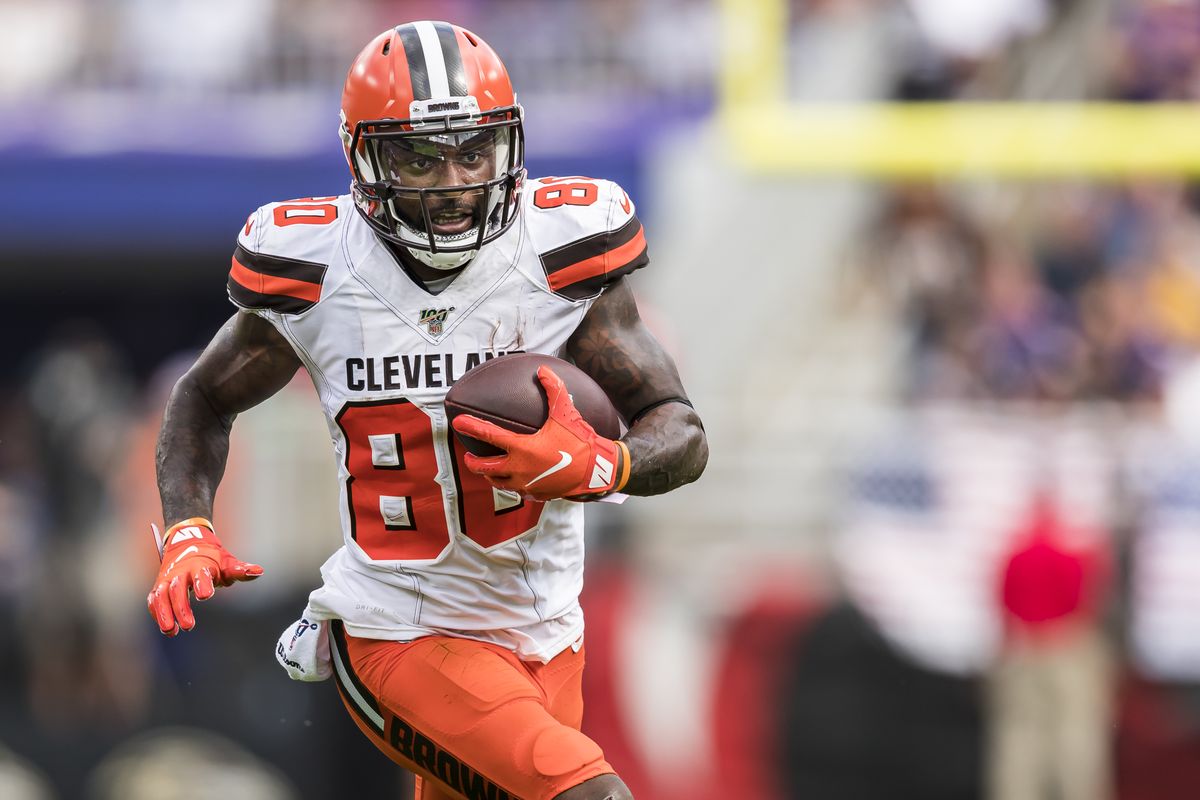 Since Beckham hit the IR, Landry has been as dominant as any wide receiver when it comes to target share. He should have plenty of opportunities again with yet another Browns pass-catcher on the shelf.

Let’s jump right in. We hit on both Week 14 free plays yesterday – one for the main slate and one on SNF – so let’s put a cherry on the week with this Jarvis Landry prop.

Note: Pass once this moves past -135, but I would still take O59.5 receiving yards as an alternative.

I’ll pay the juice on The Juice, as he should remain a busy boy in the Browns offense.

Coming off a two-game stretch in which he’s averaged 10.5 targets and 8 receptions, Landry’s share of the pie has been as dominant as any WR’s since Beckham went down — his 32% target share since Week 8 ranks second among all WRs.

That’s behind only Davante Adams (33%) and tied with Stefon Diggs. 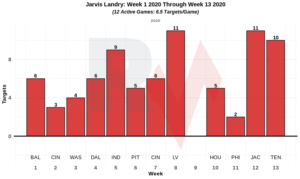 That robust target share should remain largely intact tonight with WR KhaDarel Hodge inactive for a second-straight week, and now you can add TE Austin Hooper to that list too. He’s expected to miss tonight’s game with a neck injury.

Even without all those things going for him, Landry still hit five receptions in the first meeting between these teams, and has prospered in this divisional rivalry overall, averaging 6.7 targets and 101 yards in five games since joining the Browns 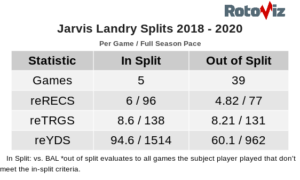 Beckham played in three of those games, and Landry averaged 6.7 receptions for 101 yards in those affairs. Seven or eight targets would seem to be a safe median bet for Landry tonight.

There’s good news and bad news on the matchup.

Baltimore doesn’t give up much raw production, but they do allow some volume.

WRs have been targeted 21.7 times per game against the Ravens, the seventh-highest rate in the league, while the 38.1 pass attempts per game they’ve allowed is the third-most in the NFL, behind only Seattle and Tennessee.

Here’s an alternate version of this article — this prop is already -156 at the much-sharper and more mature Pinnacle offshore market, and getting -125 here is solid value regardless of the outcome.