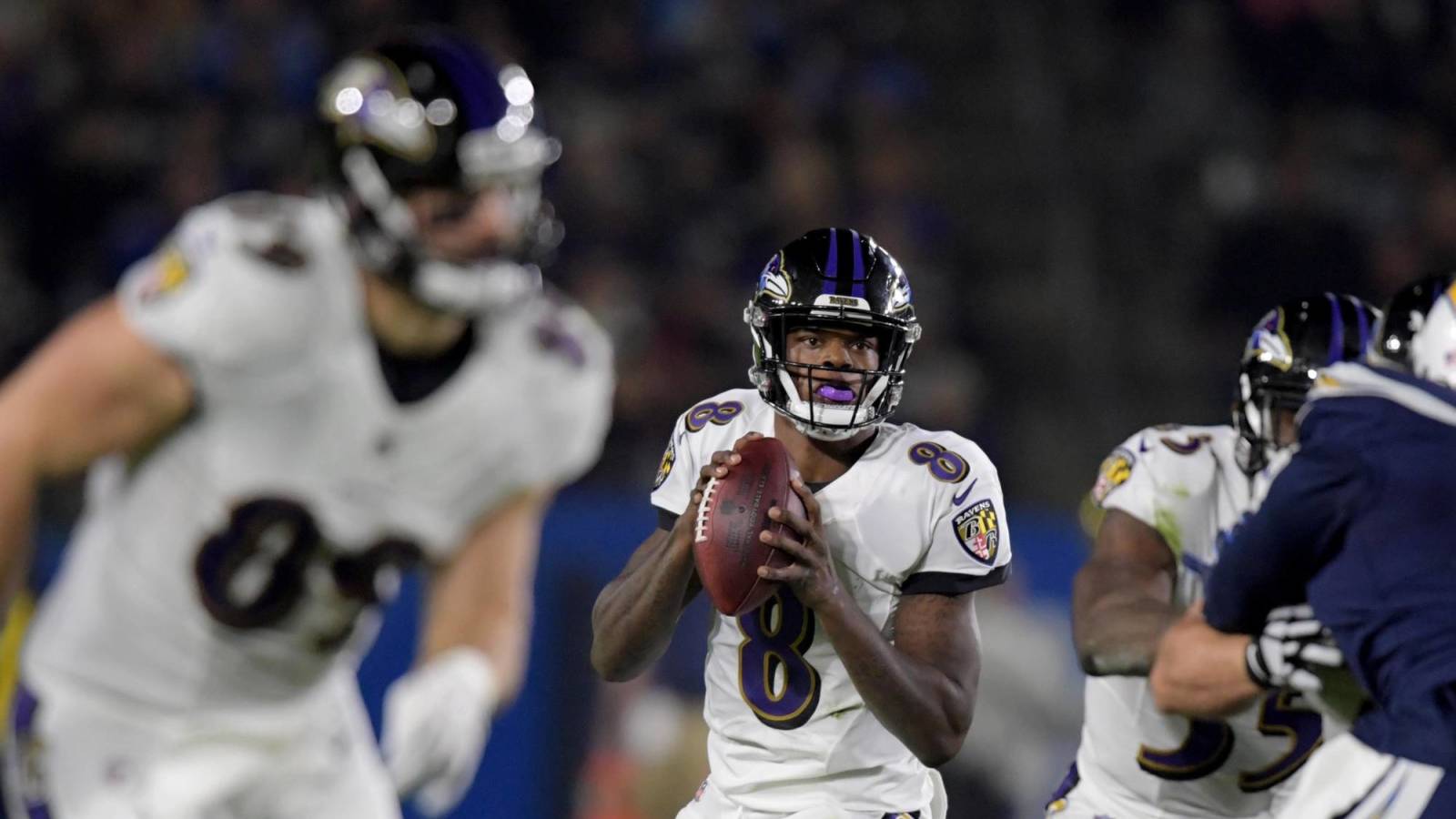 Sunday Night Football delivers the game of the week, and we're breaking down some of the best Ravens Patriots props for this potential playoff preview.

Expect a sneaky-quick pace in this one, as these teams combine for 73 snaps per game in neutral situations (game within seven points) and 71.5 snaps on all situations, both the highest marks of any game this week.

We know Baltimore won't be able to run the ball down the Patriots throats as they've done with other teams this season, and that means they'll need something from Lamar Jackson and the passing game. That's where we begin with our best Ravens Patriots props.

We're looking to build on a profitable first half of 2019:

Mark Andrews has been Lamar Jackson's favorite target this season, racking up almost twice as many looks (39) as the next closest pass catcher, Willie Snead (22), while commanding 138% more air yards (539 to 226).

He's coming off a two-catch dud against Seattle, but the targets were there, as they always are. 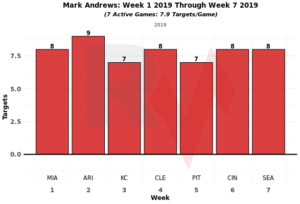 Among all TEs, Andrews ranks:

He's now averaging 64.1 receiving yards per game, and he'll be the featured target once again with the Patriots allowing virtually nothing outside the hash marks.

Electric rookie Marquise Brown will play for the first time since Week 5 but likely draws shutdown corner Stephon Gilmore in coverage. Meanwhile, Jonathan Jones (87.4) and Jason McCourty (82.6) have been graded as PFF's second- and sixth-best CBs on the season, killing the outlook for the rest of the Ravens WRs.

That leaves Andrews as their best chance at moving the ball through the air in a game where Baltimore will need to score points (New England has an implied point total of 24.5).

TEs have not faired well against the Patriots this season. They've allowed the second-fewest yards to the position but facing the likes of Jeremy Sprinkle, Rhett Ellison, and Dawson Knox, they haven't exactly been tested by top talents.

They will be tonight, and this is a total we know is well within Andrew's range of outcomes, given his consistent workload.