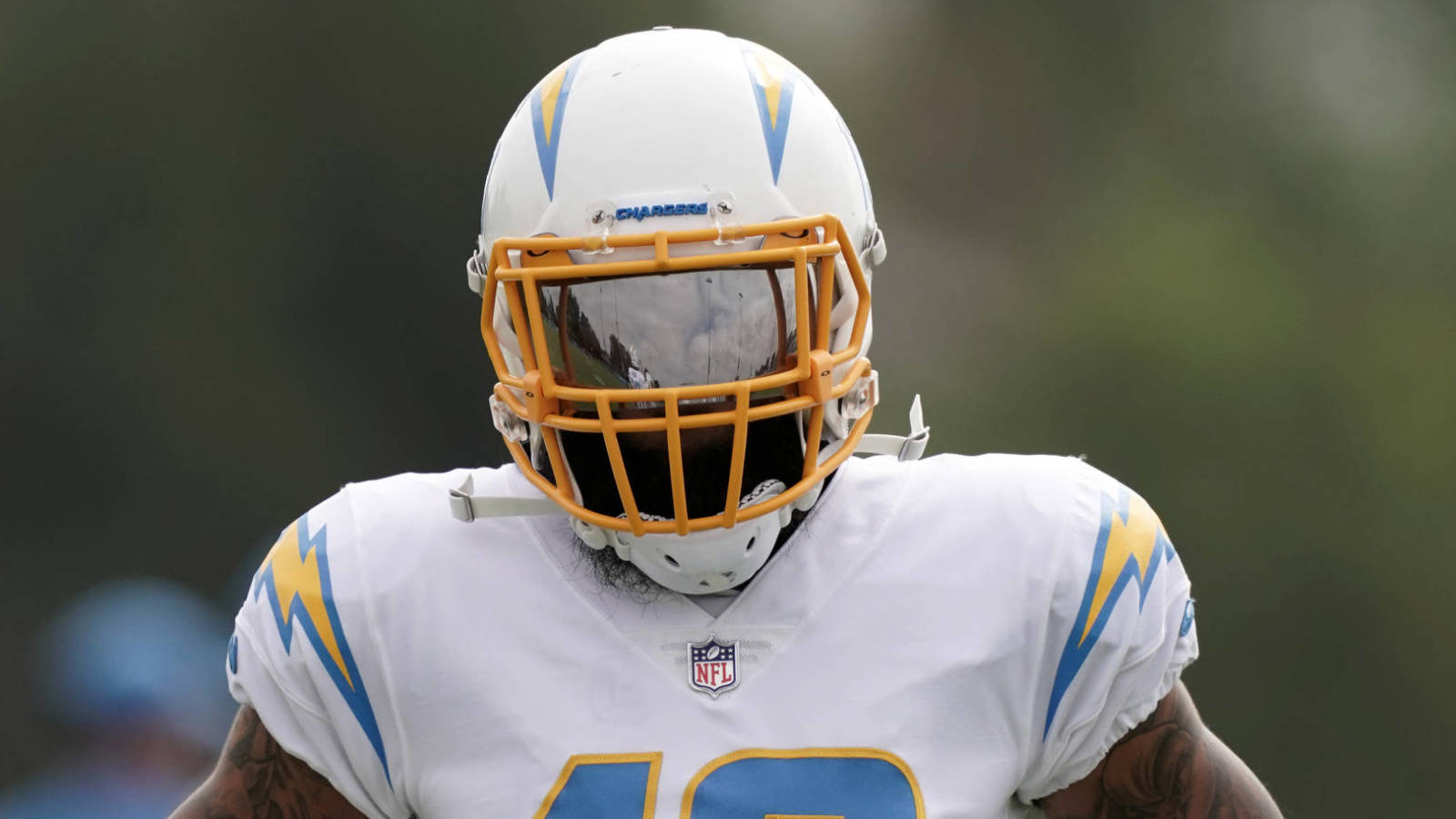 Allen quickly developed a tremendous rapport with rookie quarterback Justin Herbert, but over the last two games, he’s only combined for nine receptions.

Will he turn it around this week? With the Falcons coming into town, I love the chances for a bounce back.

Allen is in the midst of a monster season. Through Week 13, he’s:

With Herbert under center, Keenan has eclipsed ten targets in nine of eleven games, with one of the misses due to an in-game injury.

Yes, he’s missed this mark in three of the last four, with a whopping 16-catch game versus the Jets mixed in. His three misses came against coverage from three quality secondaries in Miami, New England, and Buffalo.

However, Atlanta, as I’ll highlight below, is not nearly as equipped to handle high-volume receivers.

Allen’s recent slump coincides with running back Austin Ekeler’s return from a hamstring injury in Week 12. Ekeler himself is averaging seven targets per game, but his presence hasn’t had a huge effect on Allen’s volume. 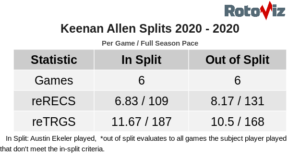 Allen’s averaging 11.7 targets/game with Ekeler in the lineup; 10.5 without.

Allen’s receptions are down, and a lot of that can be chalked up to tougher matchups, but the targets are still coming his way. And in this matchup, the volume will prove to be key.

The Falcons have allowed opposing quarterbacks to complete the fifth-most passes per game (25.7), and have given up the sixth-most receptions to opposing wide receivers (14.8).

Allen’s catch share amongst Chargers WRs stands at a whopping 58% — that alone would lend to at least eight catches.

The Falcons have faced eight instances of receivers who rank in the top-15 of targets per game. Of those who profile relatively similarly to Allen’s slot rate (53%), and average depth of target (7.5 yards):

The above combine for a 68% completion rate, which is almost exactly what the Herbert-to-Allen connection has yielded this season (69%).

Digging deeper, Atlanta’s starting slot cornerback, Isiah Oliver, is allowing a reception every six routes run against him in the slot (fourth-highest in the NFL). The Falcons primary matchup for Allen on the outside, Darqueze Dennard, allows a rate of 7.2, which is the 17th highest out of 135 qualifying cornerbacks.

So, any way you shake it, this is a plus matchup for Allen.

With Atlanta’s inability to stop the opposition’s best receiver, Allen should be looking at a big day in this matchup.