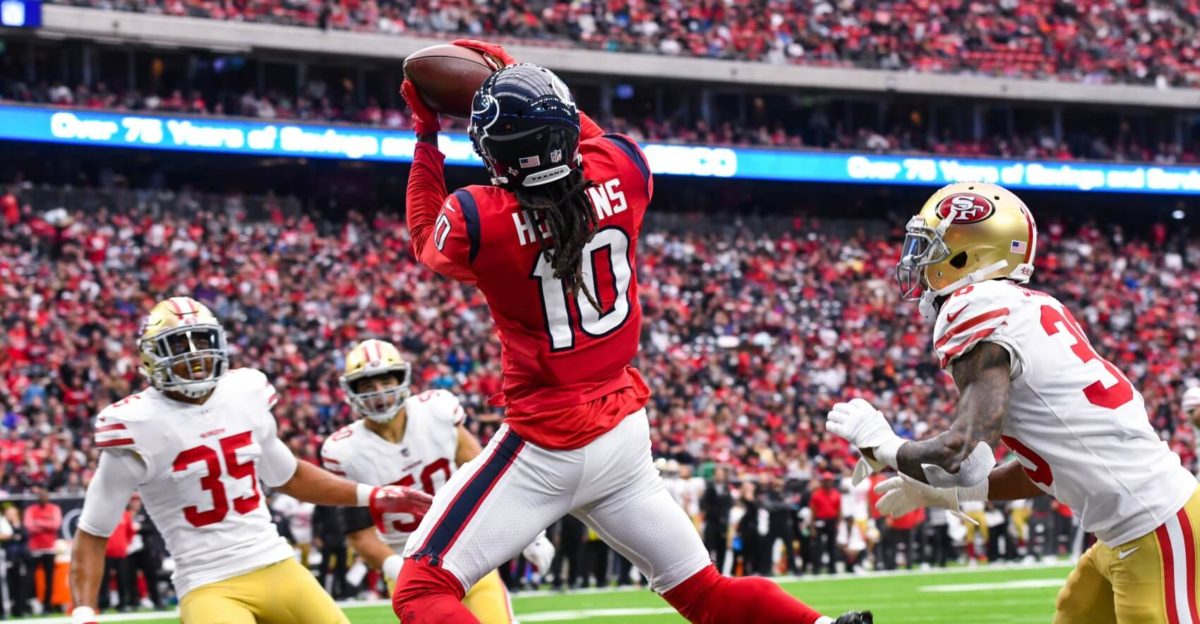 Call us crazy, but we prefer process over results.

Sure, we’re handing out what have been, on the whole, winning picks this season. However, we’re more interested in the how we get there. Winning is great, but if it’s not based on a good process, it won’t last.

With Week 5 bringing our first losing week of the year, it seemed like a good time to take a hard look at our bets so far and find out where we’re going right and where we’re leaking money.

We broke down every bet we’ve made into separate categories:

Here are the results.

The most common bets we’ve made are on wide receiver totals, and since it’s also given us our best rate at 62 percent, it warrants further breakdown.

Separating the head-to-head WR bets from the Over/Unders reveals an eye-opening and actionable result.

These samples are still too small to overreact to, but that’s a stunning discrepancy and an excellent win rate.

If you have yet to try them, the head-to-head bets come from Betonline’s custom prop builder. One of the reasons I think they can be profitable is because you can be half wrong and still win the bet.

Take last week. I thought that the Raiders would fall behind and that Jared Cook that would get fed in comeback mode. I was wrong — Cook had only four targets for 20 yards.

But I was also half right — Amari Cooper got the shutdown treatment and managed just one reception. So despite being partially wrong, the bet still cashed.

The takeaway here is that we’ll be focusing more on WR bets going forward, especially head to heads.

It intuitively makes sense that the WR bets are among the most profitable. Targets are king, and they’re relatively easy to project on a week-to-week basis.

With RBs being targeted in the passing game like never before, the same can be said of them, and we see that born out in the similar win rate.

Does it break down the same way as well?

Again, it’s a small sample size, but we don’t see that same difference between the types of bets with RBs.

One noteworthy takeaway at RB is that while we haven’t bet on carry totals very often, the results have been positive at 5-2.

We’ll continue to hone our focus on the skill positions, and increasing the number of bets on RB carry totals is something to consider.

Here’s where the leaks begin to reveal themselves. A 55 win rate isn’t bad, but it seems clear that we’re having a more difficult time forecasting this position than WRs and RBs.

I don’t know exactly why QB bets have been a bit more of a struggle, and I’m conscious of the fact that it may be the function of a small sample.

We’ll continue to sprinkle them into our weekly cards and reevaluate at a later date.

This represents our worst area by far. It makes some sense, as TEs tend to be volatile on a week-to-week basis, dominating one day, and disappearing the next.

We won’t eschew these bets altogether, but will look to limit them more to players that present the obvious value.

These bets were hitting at 64 percent heading to last week, but brutal Week 5 card had it crashing down to 57 percent.

We were over-leveraged in some bad spots (Jared Cook) and got unlucky in a few more (John Brown falling a few yards short despite tons of targets), so one bad week isn’t going to have me shying away from these bets.

Considering that the league is on pace to score a record amount of points this season, I wouldn’t have been surprised to see the Overs hitting at a higher rate.

Instead, there’s no obvious edge to be gained here. A bigger sample may bring more insight down the road, but for now, we’ll continue to play these on a per-bet basis.