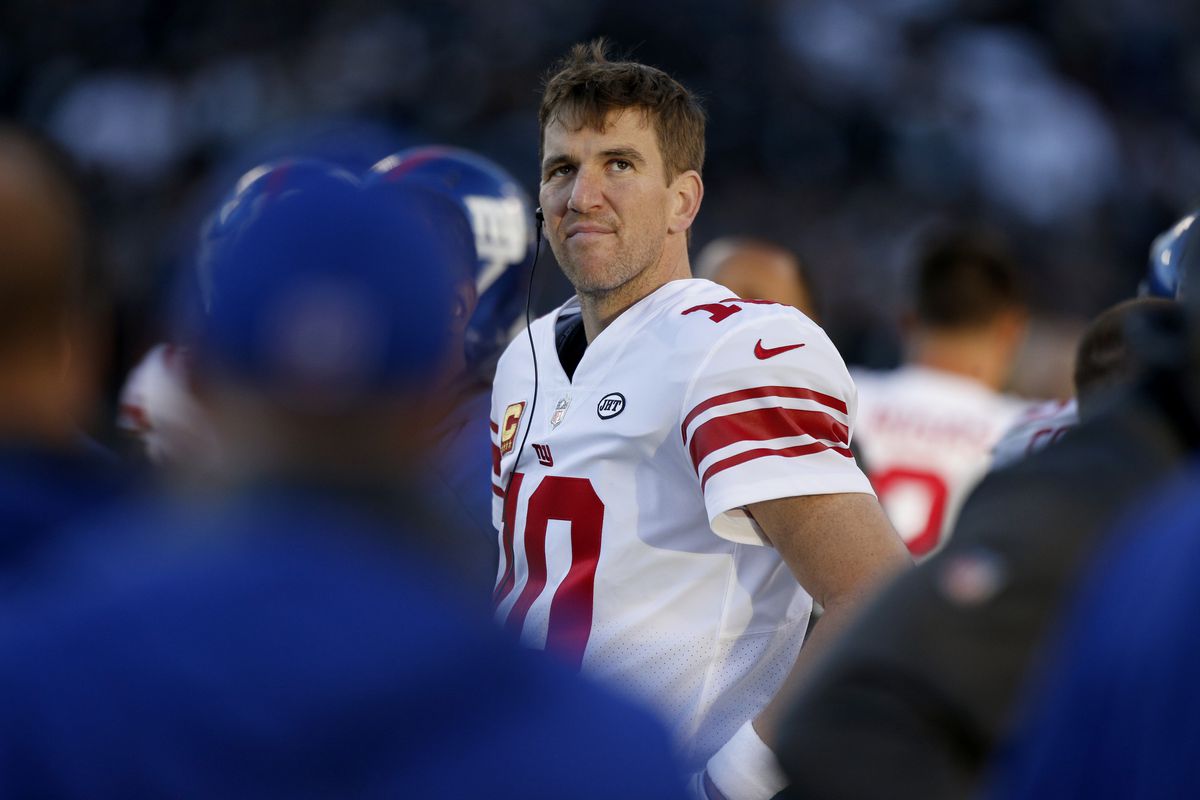 The nice thing about handicapping divisional games is that we have more historical data points to rely on.

The Eagles and Giants meet on Thursday night, and they have plenty of history between them.

Let’s look into some of the more recent match ups, as well as what we’ve seen this year, to identify the best player prop bets for tonight’s game.

Here’s what Manning has done in his most recent outings against the Eagles.

He’s eclipsed 300 passing yards in five of six games vs the Eagles, including 434 and 366 yards last year against a secondary that was much healthier then than it is now.

Already down safety Rodney McLeod, the Eagles will now also be without his fill-in, Corey Graham.

The biggest benefactor from Manning’s blow-up games against the Eagles last year was Sterling Shepard, who racked up receiving lines of 133 and 139 yards.

Tight end Evan Engram remains out of the lineup, and as we pointed out last week, Shepard essentially soaks up all his targets in the middle of the field.

He’s now gone over 70 yards in three straight games with Engram missing and faces an Eagles secondary giving up the third-most yards to WRs.

QBs have largely eluded the New York Giants so far this year.

Wentz hasn’t been very mobile since his return, but he broke out for 26 yards on five carries last week.

The best effort any one opposing back has managed against the Eagles this year is 42 rushing yards. While they haven’t faced anyone of Barkley’s caliber, they’ve still held teams to an amazing 42.2 rushing yards per game.

Barkley has been boom or bust on the ground, going under 50 yards three times, and over 80 twice. He’s a threat to break loose on any carry, but Philadelphia has the look of an elite run defense.

Considering Ertz has at least 10 targets in every game this year and is averaging 87.4 passing yards per outing, this line seems far too low.

His 29 percent share of team targets is the best among all TEs, and he’s third in total Air Yards at the position.

Ertz has been the main artery through which the Eagles attack has coursed since welcoming Wentz back to the lineup.