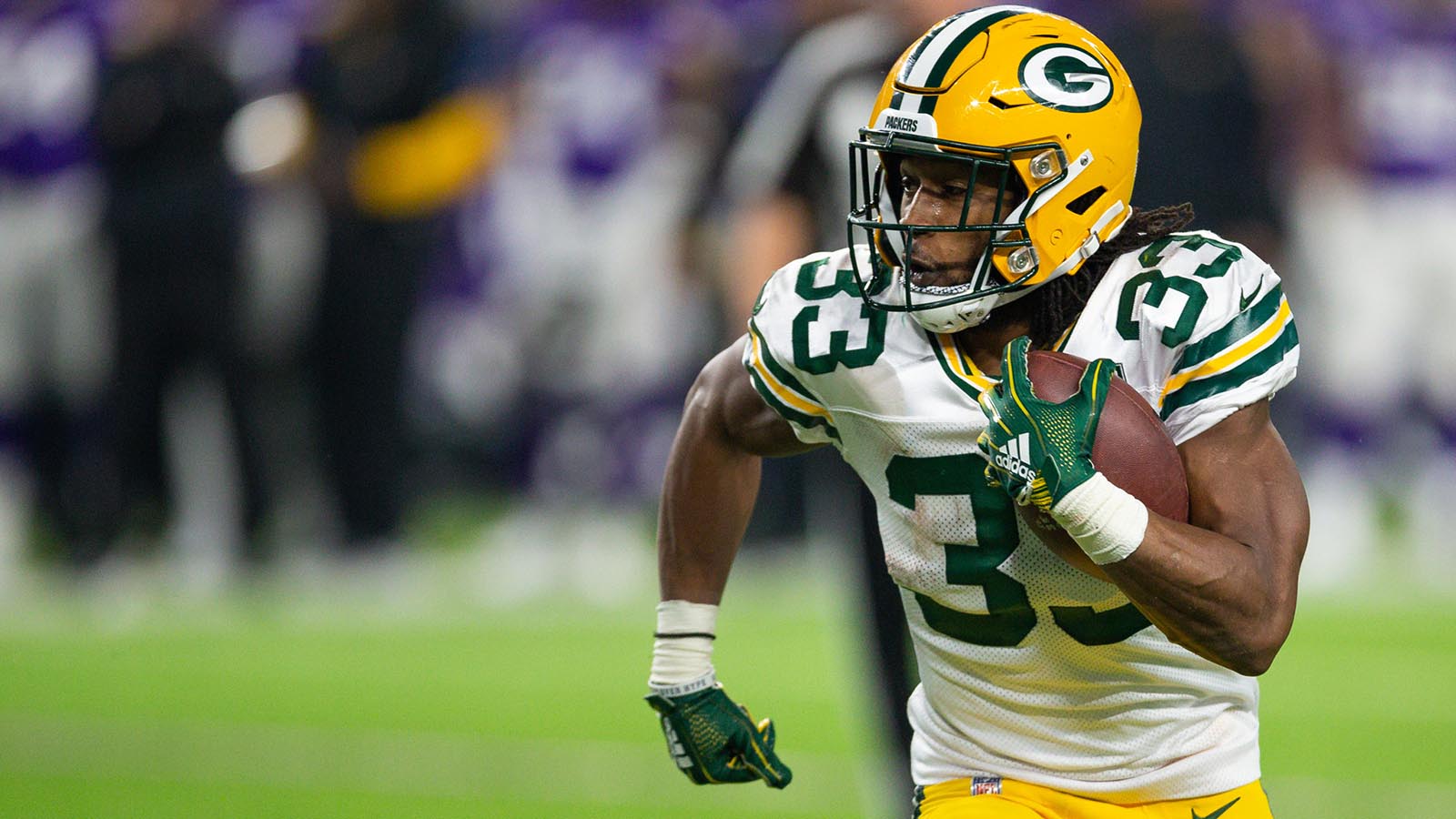 While the majority of the attention will be focused on the Canton-bound Quarterbacks, it’s actually an RB that’s caught my eye on NFC Championship props.

There’s not a ton of value out there this weekend, but with Jones seemingly being phased out of the Packers’ passing attack, I like this look on his receiving under.

In their biggest game of the season, the Packers deployed a three-man RB committee that had Jones handle a meager 15 of 33 RB touches and play a total of 47-75 offensive snaps. He had a quiet day as a receiver as well, turning his two targets into one catch for 14 yards.

Some had theorized that Green Bay was keeping Jones fresh in order to increase his workload in the postseason. Maybe that was wishful thinking, as his touch count was more consistent with that of his regular-season averages.

Splitting up Jones’ season into two halves, his diminished role as a receiving weapon in Green Bay’s offense becomes clear — over the last six weeks leading up to last week’s two-target outing, Jones has had his receiving role nearly cut in half. 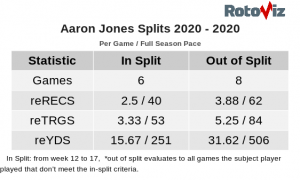 He’s only hit four catches once in that seven-game stretch after hitting it six times in his previous eight.

Tampa Bay’s defense has been a brick wall for enemy RBs, having surrendered the fewest rushing yards.

Offensive play-callers have had success attacking the Bucs’ aggressive front-seven with short passes, however, leading to a league-last 6.3 RB receptions per game allowed.

But it’s another tale of two halves — Tampa Bay has seemingly adjusted, allowing just one back to eclipse that total over the last eight.

The Bucs have obviously given up a lot of raw catches to RBs this year, but four catches is a lot for any RB, and this 3.5 seems overadjusted to the opponent, so we’ll take the value on the under.