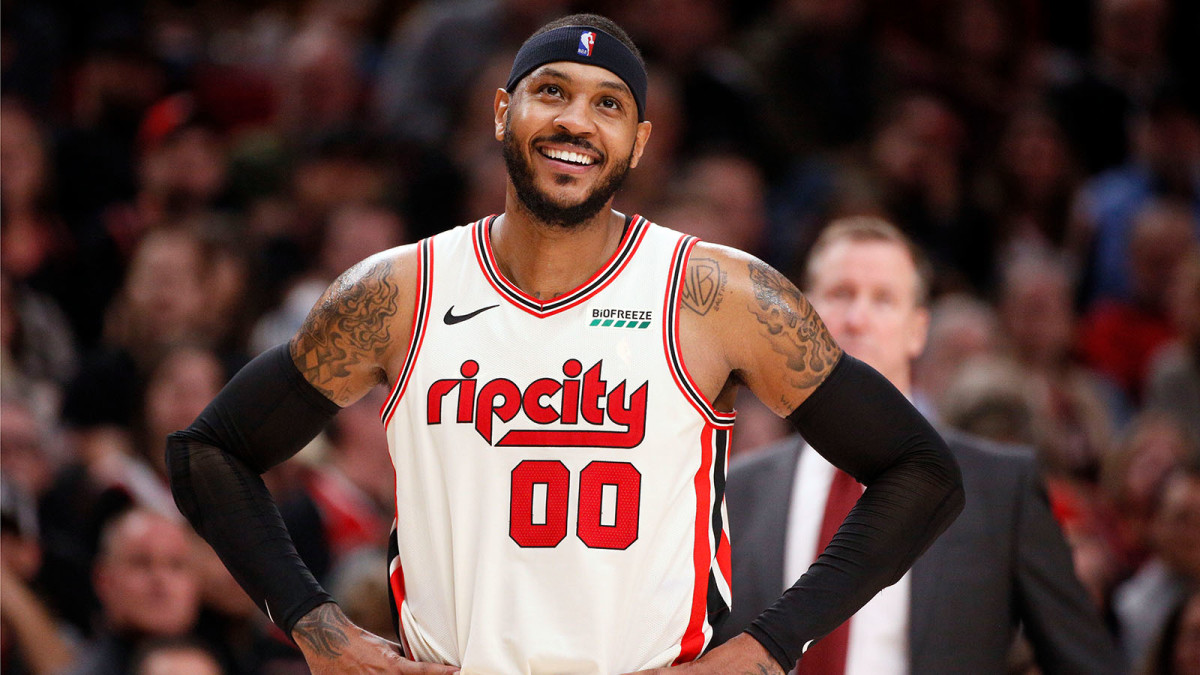 Our NBA player props tonight key on Anthony, who’s coming off a stretch of games where he’s underperformed with Jusuf Nurkic and C.J. McCollum out for the Blazers.

Here’s why I’m backing that trend to continue.

Editor’s Note: Join up and get nightly NBA prop bets and more alerted to your device!

Melo isn’t what he used to be, and he hasn’t come close to this number lately, scoring 10, 11, and 14 points in his last three games while failing to register more than three rebounds or two assists. The 36-year old is averaging 12.2 points, 3.1 rebounds, and 1.2 assists (16.5 PRA) on the season.

Unsurprisingly, books moved his PRA line from 22.5 last time out to 20.5 and even 19.5 on FanDuel today, as they’re tired of taking a beating on Melo. With Nurkic, McCollum out, you’d think Melo’s output would be higher, but we just haven’t seen it.

Memphis allows the eight-fewest rebounds to PFs (9.48) and the fourth-fewest assists per game (3.08). They’re 12th in PPG allowed to the position(20.02), but Anthony has only scored more than 15 points twice this season.

Teammate Enes Kanter’s rebound total is 13.5 tonight, and Grizzlies’ Brandon Clarke’s is set at 8.5. Those two should run the boards in this meeting, along with Lillard, Ja Morant, Kyle Anderson, and Dillon Brooks are all more than capable of five or more rebounds.

I like for Melo to combine for fewer than six rebounds and assists and maybe hit that low-teens number scoring he’s done in three of his last four.