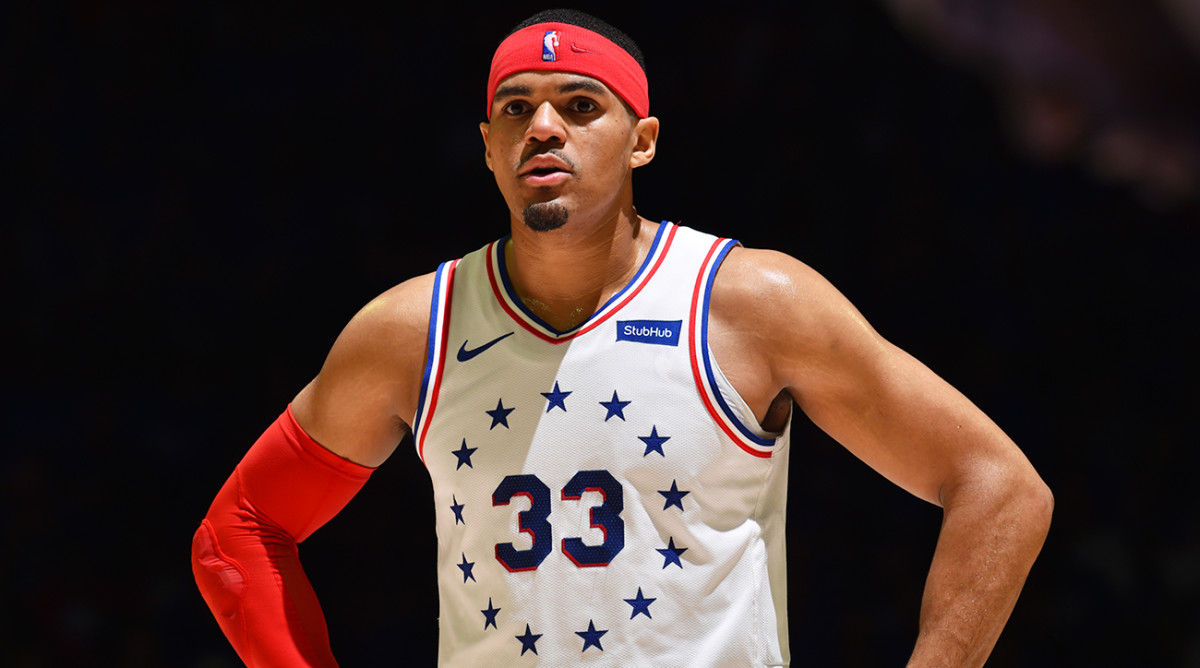 We’re looking at a potentially limited Tobias Harris as we break down one of the best NBA props from tonight’s first full slate of games.

Philly is hoping Harris can be a big part of another playoff push this year, which is one reason we think they may be careful with him tonight at less than 100%.

We profited over 44 units on NBA props last season, and our subscribers got off to a 2-1 start last night — join us here for full nightly NBA prop slates (plus NFL and more!) alerted to your device.

Let’s jump in on our first article play of the year.

This is a pretty straightforward handicap — this line is set above Harris’s average line from last year, and indications are he’s still not quite close to 100% health.

This line of 33.5 would seem to indicate that he’s back to full health, but that’s probably not the case.

Tobias Harris, who hasn’t played since the Oct 7th preseason game against the Raptors because of knee soreness, participated in practice today.

“My knee’s feeling better…I felt good out there, so we’ll see how it reacts tomorrow and go from there, day by day.”

While he’s not listed on today’s injury report, Harris has only racked up 24 minutes of court time over the entire preseason, and the last of it came back on October 7th. He subsequently skipped a public scrimmage, as well as their next preseason game, as well as the following two practices. He finally returned for practice on Sunday.

It sounds like a matter of pain tolerance for Harris.

“Like, if this were playoffs, Tobias would be playing; let’s put it that way,” said Doc Rivers. “We just felt like getting ahead of it. Make sure there is no lingering problems. Everybody who is out other than Shake or Grant would probably be playing tonight if it was a playoff game. But sitting with people that are smarter than me feel like building them up.“

That last sentence is the key here (bolding is ours). Are they really going to give Harris a full allotment of minutes in a relatively meaningless Game 1, considering he’s barely played in the last month? Or are they going to build him up? Doc seems to be giving us all the answers we need.

The pace and matchup aren’t ideal for us — the Pelicans are poor defensively, play relatively fast, and were a bad under team for props last year.

But this one all comes down to volume and usage. We think it’s unlikely he’ll play the 33 minutes he averaged last year, and even if he does hit that, he still only averaged 29.5 PRA, so we’ve got plenty of outs on this under either way.