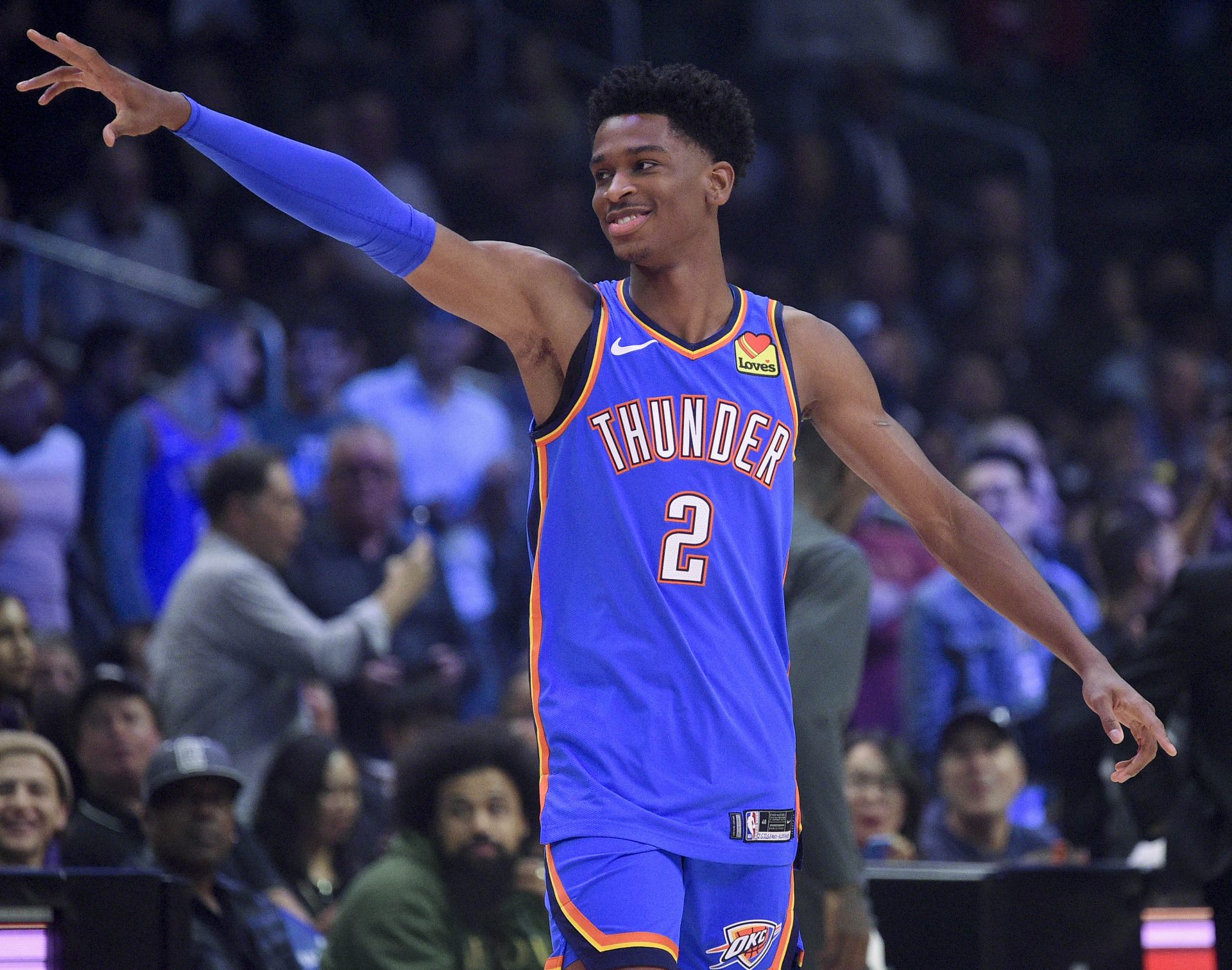 My favorite NBA player prop tonight involves the lead guard for the retooled Thunder. Since the off-season departure of Chris Paul and Dennis Schroder, Gilgeous-Alexander has been thrust into a playmaking role.

So how do I see his assists shaking out tonight? Let’s dive in.

Line available as of publishing. — playable up to -125.

With an eye towards the future, the Thunder purged their roster this season, leaving Gilgeous-Alexander as the main cog in their offense. The third-year guard has stepped up to the challenge, averaging 19 points and 6.7 assists per game. His assists are more than twice the 3.3 he averaged last season.

When considering assists, the roster turnover is key. In addition to Paul and Schroeder, sharpshooter Danillo Gallinari also elected to leave the team in free agency. This boosted the likes of Lu Dort, Darius Bazely, and Hamadou Diallo into more prominent roles, along with newcomers George Hill and Al Horford. All of these players have a higher rate of shots made via assist than the player they effectively replaced.

The effect of this can be seen in SGA’s advanced metrics. He leads the Thunder’s main rotation players in usage rate (27.4%) and assists rate (35.5%). These rates are comparable to the likes of Kyle Lowry, Ben Simmons, and former Thunder backcourt mate, Paul.

These metrics, coupled with the fact he’s cleared six assists in five of his seven games, read to me that this line is one to two assists too low.

Editor’s Note: Join Bet the Prop for daily prop slates from all sports alerted to your device.

The surprising Knicks have been out defensively in the early going, allowing only 22.6 assists per game (7th least).  That being said, they have allowed at least one player on the opposing team at least six assists in seven of eight games.

With the spread sitting at 2.5, I expect these two teams to keep the game close.  In the only two games in which Gilgeous-Alexander failed to reach six assists, he saw reduced action due to game script.

It might not be the shootout we’d like, but as a high-usage lead guard, I expect Gilgeous-Alexander to clear this number with ease. I have him projected at 7 assists in what I expect to be a close game until the end.