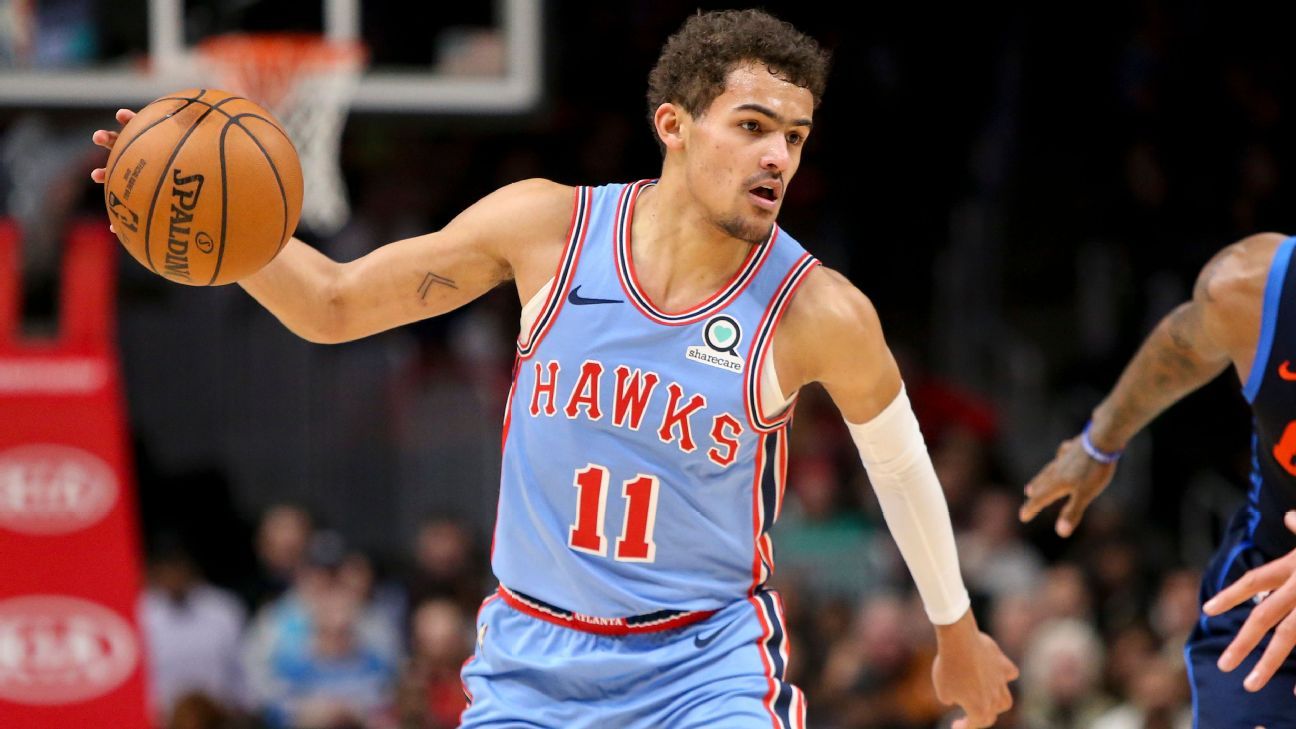 We have a huge 12-game NBA slate this Saturday, and our best NBA prop bet hails from an inter-conference matchup between two of the worst teams and defenses in the NBA — the Phoenix Suns and Atlanta Hawks.

Coming off a 3-1 card on Thursday, we’re keying in on the point guard (PG) matchup once again, this time with Trae Young, aka Ice Trae.

Young has turned a corner of late and has looked like a completely different player over the past couple weeks. In the three games since the Hawks bought out Jeremy Lin, Young has scored 22, 16, and 30 points while averaging 20.33 shot attempts per game in 35.33 minutes per games.

Against PGs, the Suns:

To opposing back courts, the Suns let up the second-most points per game and the highest three point percentage.

Tyler Johnson is the starting PG for the Suns, and he ranks 80th out of 107 shooting guards (SGs) in defensive real plus-minus (DRPM).

What I’m getting at here is that the Suns back court is full of bad defenders.

There’s no reason to expect much other than a similar level of production out of Young tonight. I’d play this number up to 20 points.

With Winslow, J Johnson and Ellington off the floor, Wade has a usage rate of 28.3%.

He’s facing a Pistons team that ranks last in DEFF vs SGs, let up the third-highest FG%, and most free throw attempts to opposing SGs. In two games vs Detroit, Wade has scored 18 on 8-15 shooting in 29 mins and 20 points on 10-14 shooting in 28 mins.

The Pistons backup SGs, Luke Kennard and Langston Galloway, rank 64th and 90th out of 107 SGs in DPRM.

The total for this game is at a whopping 239.5 points right now (highest on the slate) for a good reason – the Thunder are second in pace of play and the Kings are third – and Hield should see the best matchup on the floor for the Kings vs Terrance Ferguson (ranked 68th out of 107 shooting guards in DPRM).

Westbrook will most likely be covering Fox at point guard and with Bogdanovic starting at small forward, he will most likely be matched up with George. The Thunder rank 29th in DEFF, allow the ninth-most PPG, the most three point attempts and the seventh-most free throws per game to opposing SGs.

In seven games in the month of February, Hield is averaging 22.4 points on 17.6 shots in 32.6 minutes per game. In three games vs Oklahoma City this year, he’s scored and average of 26.3 points in 31.3 minutes.