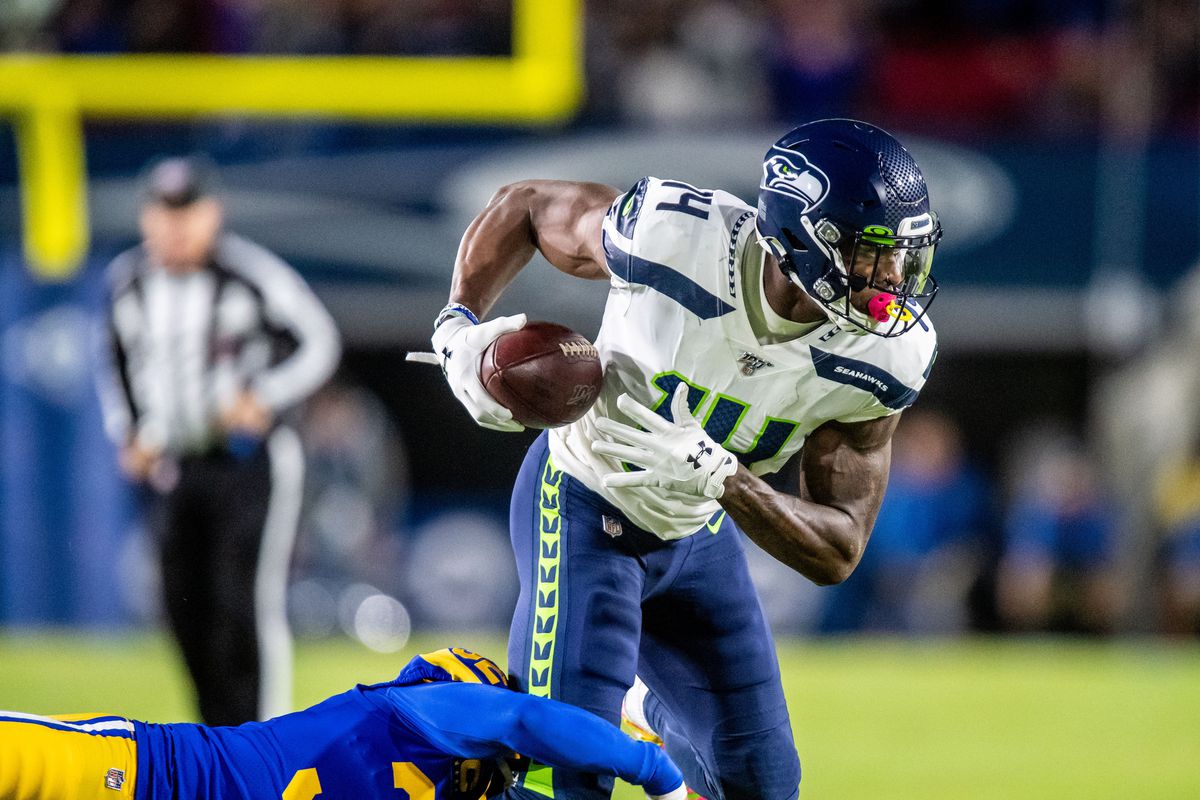 Wildcard Weekend player props are here, and by now a lot of the value has already been picked clean.

There are still some edges out there, but they’re certainly thinner in the playoffs, so you can consider these three plays “leans” for .5U (0.5% for your bankroll), or just a little beer money.

CB Jalen Ramsey will mostly cover DK Metcalf and you’d think that would open things up for Lockett, but it hasn’t worked out that way. He posted 3 & 4 receptions in their two meetings this year and going back over the last four, he’s averaged four catches on six targets. 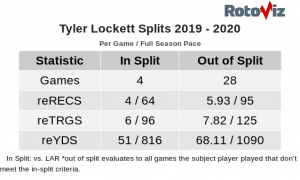 All signs point to a slow slog of a game — the Seahawks offense sputtered to 36 points over two meetings with the Rams this year and are implied to score 23.5 today.

The Rams are unlikely to be able to force the Seahawks to push the offensive pace. Their QB will either be John Wolford – who posted a poor 6.1 YPA vs these Seahawks last week – or Jared Goff, who had surgery on his throwing-thumb two weeks ago.

A lot of the same applies to Metcalf, only he’ll have to find a way to get over the hump against the best shadow corner in the league. Ramsey has allowed just 50.7% of passes sent his way to be completed this year, holding QBs to 5.0 YPA on those attempts.

He stuffed the sophomore to stat lines of 28 & 59 yards this year, and in four career meetings with the Rams, Metcalf is now averaging 52.3 yards on 5.3 targets, both well off his usual production. 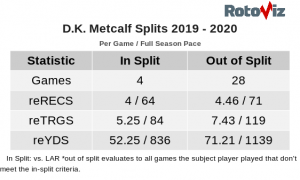 I’d really like it if we were getting a slightly better number here, but we’re not. Even a 66.5 line would probably allow us to play this for a full unit.

This one is going to be a sweat, but we’ll get there more often than not considering the projected game script and the brutal matchup.

Find this under “Matchups” at DK.

With all the questions at QB, it could be another 20-carry day for Akers.

Considering he was coming off an ankle sprain last week, it was a surprise to see Sean McVay feed Akers 21 rushing attempts against Seattle. The fact that they kept feeding him while he was not 100% and averaging 1.6 YPC speaks to how desperate they are.

Things are looking up, though — Akers was taken off the injury report on Tuesday and has been practicing in full this week.

Carson simply doesn’t have the same touch-upside as Akers 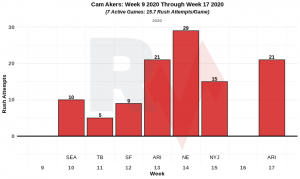 If we can buy that kind of volume edge at odds of -121, we’ll take it every time.