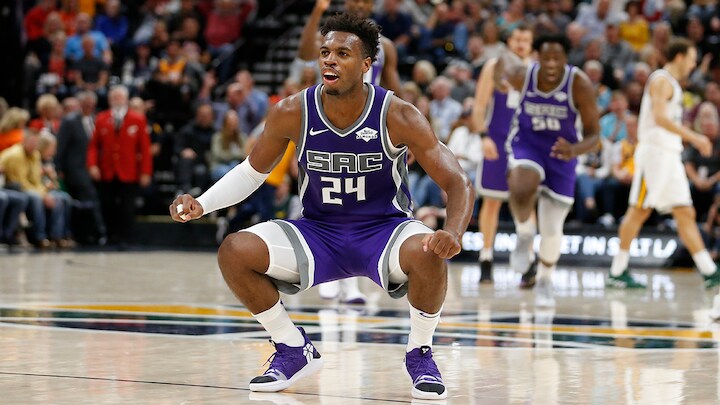 Coming off a 7-1 run at the start of February, Sacramento has now lost eight straight, and this Buddy Heild prop leads the way as the Kings look to stop the slide against the Knicks.

New York is a tough defensive matchup this year, and my favorite NBA player prop tonight takes advantage of their greatest strength.

We’re coming off another win last night, and the Bet The Prop team is 5-0 over our last five free NBA picks, and 17-5 over our last 22 subscriber picks! Join our community today, and get nightly NBA prop bets and more alerted to your device!

This line is right around Hield’s season average of 23.3 PRA; however, it should be even lower versus the stingy Knicks defense.

This will be the Kings fourth game in just six days, all on the road — a brutal stretch in the schedule, as they’ll have another road matchup in Detroit tomorrow night.

Hield has gone over this number just twice in his previous six games, with an average of just 20.0 PRA over that period.

Most importantly though, he’s lived and died by the three-pointer, and that has not been a recipe for success versus the Knicks this season.

When teams travel downtown to MSG, they’ve found a defense waiting for them that is best in the league at limiting scoring from behind the arc:

That’ll impact Hield more than any of his teammates, as nearly 73% of his attempts are 3-pointers, whereas no other starter takes more than 54% of their attempts from deep, and most are under 40%. 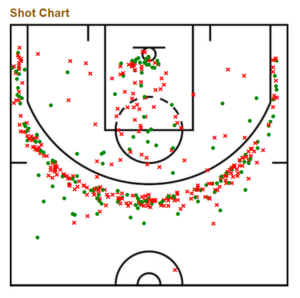 A player who makes his living behind the arc versus a team that is the best in the league at defending it is a spot we want to attack.

How Have They Fared on Props?

New York’s tough defense has translated in the prop markets:

The Knicks are a black hole where overs go to die, and with the lowest total and the lowest projected pace on the NBA slate tonight, Hield will struggle to find opportunities to rack up stats in all three categories.

This line is already above Hield’s season average. It’s a tough matchup for the entire Kings squad, but Hield’s proclivity for the 3-ball makes him particularly vulnerable to the Knicks defense.

In their only other meeting this season, Hield was held to just 19 PRA, and I like him to finish with a similar number tonight.