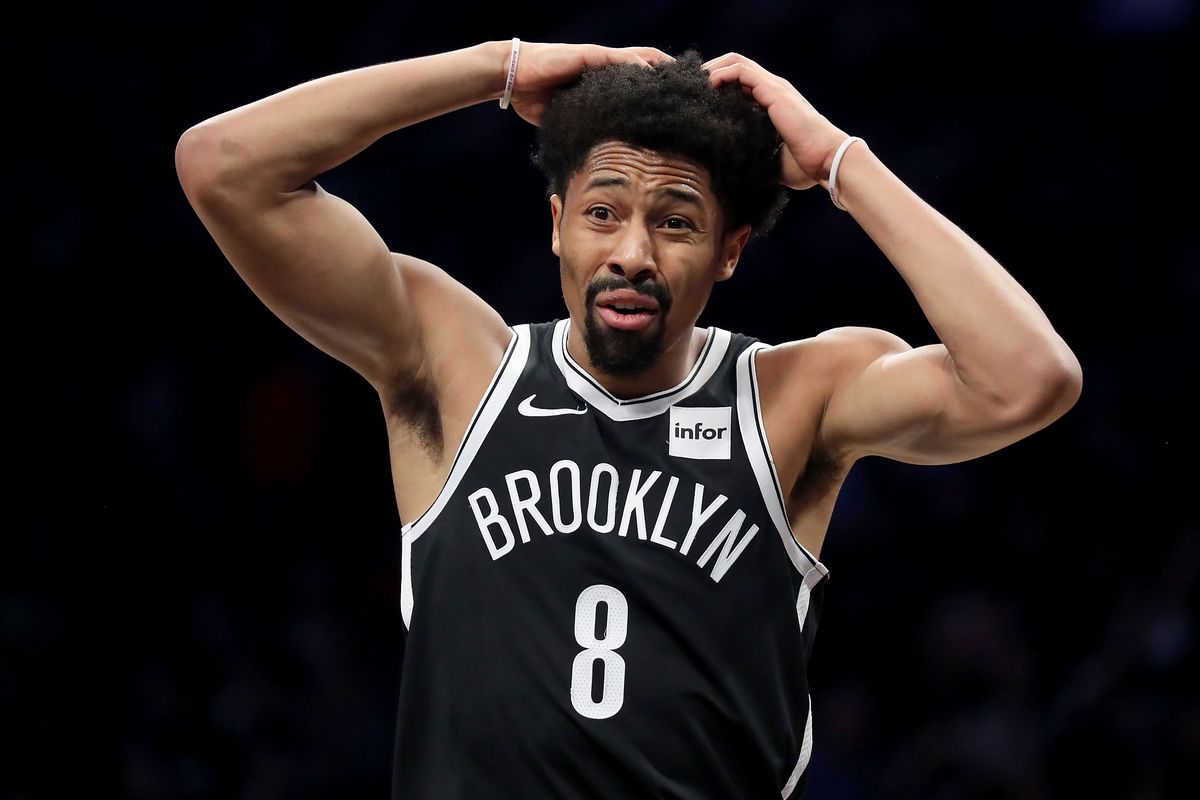 Stop us if you’ve heard this one before, but we like Spencer Dinwiddie in our look at the best NBA player props for Tuesday (3/19).

Why it was just the other night that we were telling you that the Nets’ sixth man couldn’t possibly repeat a brutal 3-18 shooting performance last time out against the Clippers, and he went ahead and shot 2-16.

Those kind of outlier numbers inevitably bounce back to the mean sooner or later, and we’re betting it’s tonight.

Despite that clunker vs the Clippers the other night, the usage is there. Since returning from injury on March 1st, Dinwiddie is 19th in the NBA in usage at 29.3%

Versus opposing shooting guards, they let up the second-most PPG while being 25th in defensive efficiency (DEFF).

These numbers back the narrative of the Kings as a team that struggles to defend opposing backcourts. They’re ranked 24th in DEFF, while allowing the second-most PPG and eighth-highest field goal percentage to those positions.

Dinwiddie plays both PG and SG off the bench when he comes in the game for D’Angelo Russell or Caris LeVert, so he’ll face a myriad of individual matchups tonight.

At PG, the Kings start De’Aaron Fox and bring in Yogi Ferrell off the bench. Fox has been a great defender this year, ranking 11th out of 97 PGs, and Ferrell is ranked 78th out of 97 in defensive real plus-minus (DRPM).

At SG, the Kings mainly use Buddy Hield, but Bogdan Bogdonovic plays some minutes there as well. Hield is ranked 74th out of 114 shooting guards, while Bogdanovic is ranked 57th out of 114 in DRPM.

As a team, Sacramento allows the fifth-most PPG, and the fourth-most free throws, while ranking 22nd in DEFF.

Both teams also play at a very-fast pace — since the All-Star Break, the Kings are second in pace while the Nets rank 11th. Oddsmakers have the total set at 233 right now with a spread of 3, suggesting exactly the kind of close, high-scoring game we want to see at a time of year when random blowouts are common.

In one game versus the Kings this year, Dinwiddie scored 11 points on 3-12 (.250%) shooting in 29 minutes. Again, I expect the efficiency to bounce back, and I do think that he sees a slight boost to his shot attempts.

This line is still value until about -122.