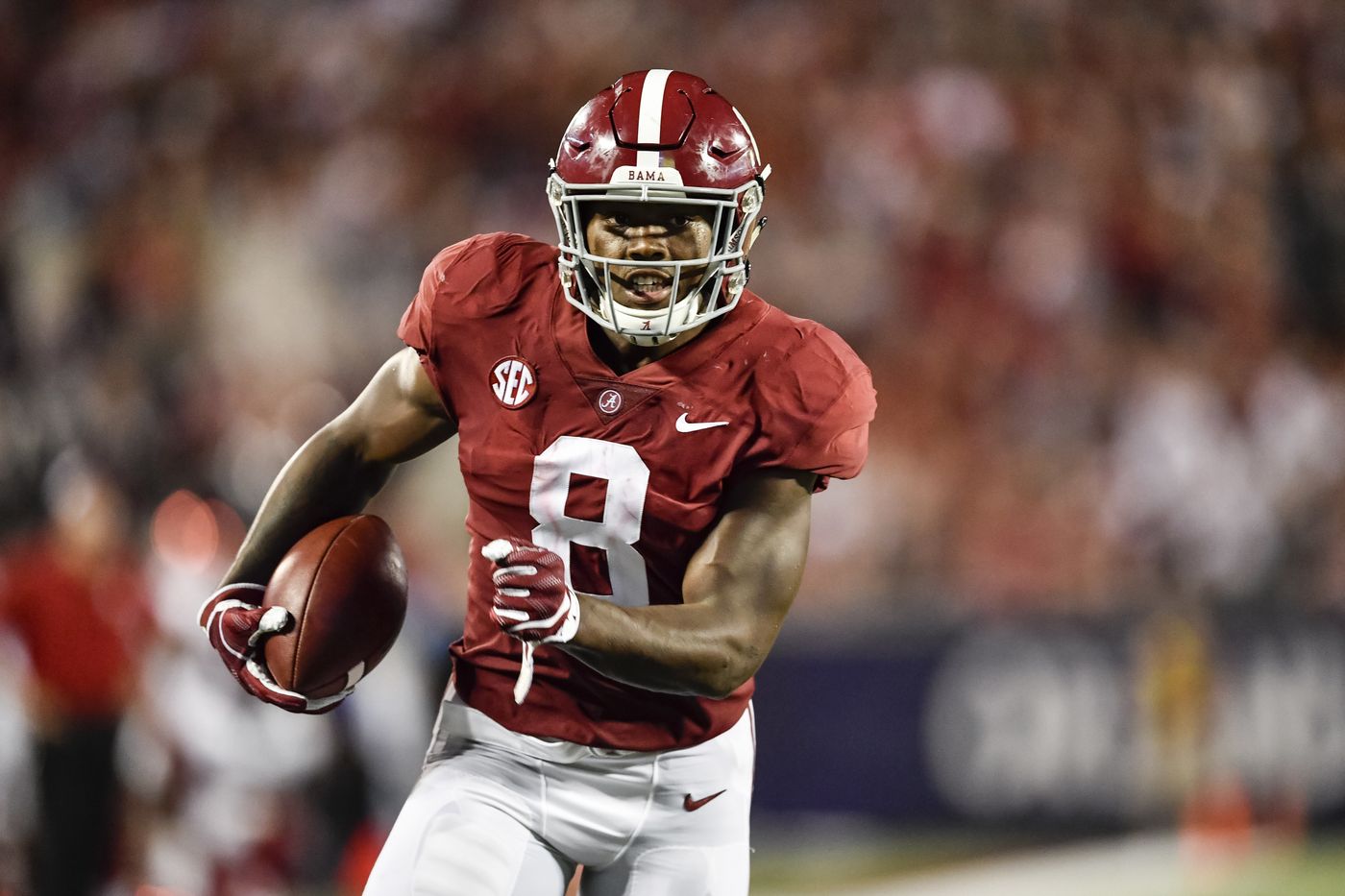 Josh Jacobs out of Alabama has been mocked by most experts as the top running back in this year’s underwhelming class. But with limited production, and now an uninspiring pro day, will an NFL GM select him by the 24th pick?

Even prior to Jacobs’ pro day, he was on shaky ground as a potential first-rounder due to his sparse production while in college.

Jacobs fans will point out that he shared the backfield with two other NFL-caliber RBs in Damien Harris and Najee Harris, but even that raises the question of why a supposed first-round talent couldn’t secure a larger share of the workload.

But even these two players aren’t great comparables for Jacobs.

Jacobs has just 2,062 yards from scrimmage in his college career, and that was accumulated over three full seasons. Bennett played just two years, and almost all of his yards came in his final, Junior season as he had previously been stuck behind literally the most prolific college rusher of all time, Ron Dayne.

McGahee also played just two seasons due to a gruesome injury in his final game, but he smashed school records prior to that with 28 TDs and 2,108 YFS in his sophomore season.

Jacobs’ shot at being a first-round pick came down to having an amazing pro day where he wowed the scouts. That did not happen.

But the other four to accomplish this feat, Cedric Benson, Ron Dayne, William Green, and Mark Ingram, all had single college season with nearly as much production as Jacobs had in his entire career.

In an NFL landscape where everyone just watched star RB Le’Veon Bell struggle to gain interest, and RBs in general are being drafted later and later, it would take a truly insane General Manager to reach for Jacobs at pick 24 or above.

News of his pro day time will undoubtedly bring this line down, but I’d bet this all the way down to -300. I believe his actual chances should be much lower than that, but all it take is one crazy GM to screw it up, and after seeing a kicker drafted in the second round of the 2016 draft, I’m not read to go too big on assuming rationality from all 32 teams.