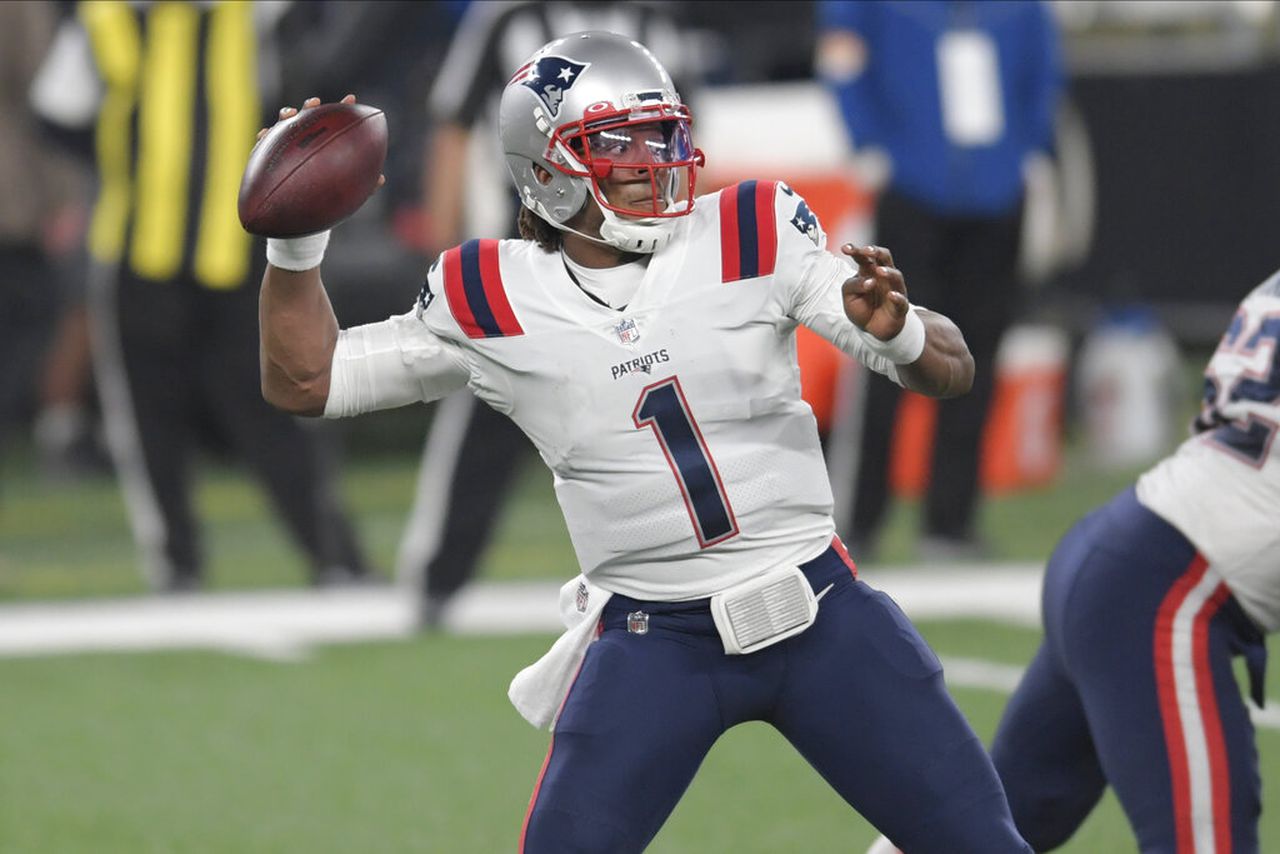 We’ve got a plethora of factors working in our favor on this Cam Newton prop as we look to finish things off on a winning note on Sunday Night Football.

Here is our betting record on the year; you can join us here for full weekly slates.

We started the week off right with a win on TNF, so let’s stay hot on this free play.

Note: We locked this in at U197.5 yards for our subscribers but still like it down to 192.5. We get plenty of closing line value (CLV) on most of our plays, so if that’s your thing, you should consider joining us.

It’s a low total, but we’ve got four factors working in our favor here:

Let’s start with the latter point. Newton has flashed against two of the worst pass defenses in the league, putting up 397 yards vs Seattle and 274 against the Jets last week.

Otherwise, he’s been among the worst passers in the league — take those games away and Newton is averaging 149.2 yards. Even if you include those games, Cam’s average of 202 yards barely creeps over this total of 195.5. 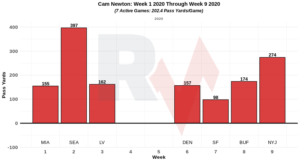 He hasn’t thrown a TD pass since Week 3 and his QB rating ranks 36th.

While it won’t be as windy as the wind game Newton played against the Bills in Week 8, as of Sunday morning, the forecast is calling for rain and 10-15 mph winds in Foxborough.

I don’t get too concerned about the wind until it hits surpasses 15mph, but with how inaccurate Newton has been this season – yes, even in optimal conditions – any gusting wind has to be a downgrade for the former-MVP.

Update: RotoGrinder’s reports that the forecast is worsening with 15mph sustained winds and more rain than expected.

Newton put up 174 yards in that wind game vs the Bills, and they don’t present the same challenges that Baltimore does.

The Ravens allow 6.39 yards per attempt (YPA), second-fewest in football.

Take away their game vs Patrick Mahomes, and they’re the best in the league with a ridiculous 5.95 YPA allowed.

After looking a little leaky to start the season, the Ravens have since held the combination of Joe Burrow, Carson Wentz, Ben Roethlisberger, and Philip Rivers to an average of 201.3 passing yards and 5.6 YPA.

The Ravens went from one of the highest-paced teams in the league last year to middling this year, running 65 plays per game, slightly below average.

Sixty-five plays might be their ceiling this week against the Patriots, whose opponents have run 59 plays per game this year, the fewest in the league.

Even if the wind doesn’t have a direct impact on the passing game, it’s likely to push these teams to do even more of what they love doing most — run the ball.

I’m expecting to see both teams keep it on the ground. The combination of a constantly ticking clock, an ineffective Newton, the wind, and maybe the best pass defense in football will be difficult to overcome.

Don’t forget that Newton has already been benched in-game for poor play, and that possibility is always on the table again in such a tough matchup.