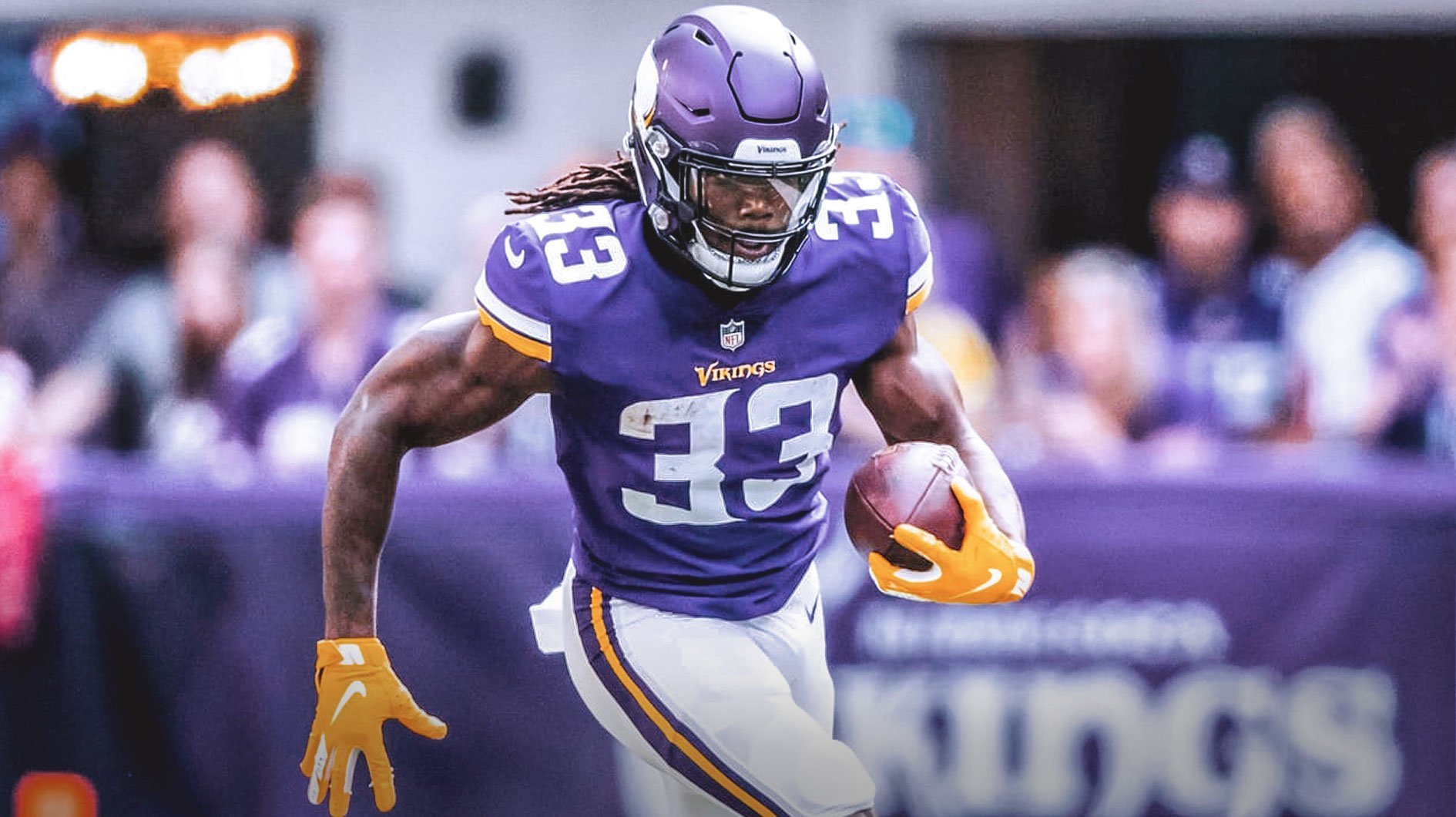 The superstar tailback has 369 yards and five scores in his last two games. That’s just how Minnesota wants to play; pound the rock down the opposing team’s throat.

The Bears’ rush defense is solid – ranking 11th in the league in yards per carry allowed – but the Nick Foles-led offense has been up and down all year long.

Here is Bet the Prop’s NFL betting record on the year; you can join us here for full weekly slates.

While there aren’t any plays strong enough to be made official, we do have three leans for this NFC North showdown. We recommend playing leans for .5 units each (0.5% of your betting bankroll).

We’re coming off a win on SNF, so let’s stay hot.

It’s not ideal to take a rushing yardage over – especially when the line is this high – but Cook has been a man on a mission this year. He has gone four times in seven games (and four out of six healthy games because he left Week 5 early due to injury). 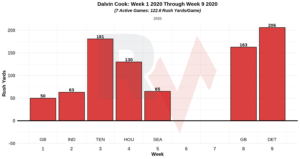 All three sources have him beating this number, so I’m fine taking an over in this instance. Chicago’s run defense is no joke, their pass defense is even tougher, and that lines up well with what the Vikings want to so —  put the ball in Cook’s stomach and let him do his thing all night long.

In what could be interpreted as a cry for help, we’re leaning toward Jimmy Graham having more receiving yards than Kyle Rudolph tomorrow.

While Graham is only averaging 5.5 yards per target this season, he has amassed 55 targets in nine games. And though it’s a small sample, his targets, receptions, and yards are all up significantly with Foles over Mitchell Trubisky. 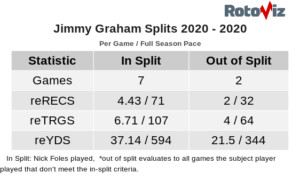 Graham’s production with Foles on the left; Trubisky on the right.

Bears rookie TE Cole Kmet has been playing more snaps as of late, but he’s questionable after only getting in one limited practice this week.

Even if Kmet plays, Graham has 13 targets over the last two games. Irv Smith Jr. will not play – potentially freeing up more work for Rudolph – but the latter only has 19 targets in eight games.

Smith’s absence, while worth mentioning, isn’t enough to project Rudolph to have more yards than Graham. Rudolph.

Another big reason we like fading the Vikings player in this head-to-head (and the next one) is their overall play volume — Minnesota runs the fewest plays in the league at 57.5 per game.

Note: If the juice moves past -145 on this, we recommend pivoting to Robinson Over 67.5 Yards instead.

Allen Robinson is averaging 79.1 yards per game (median of 81.0). He’s going up against a defense that allows the third-most yards per game in the NFL. He is considered questionable for MNF but should play after practicing in a limited fashion all week.

Adam Thielen averages 60.0 yards per game. He’s going up against a defense that allows the seventh-fewest yards per game. Thielen’s production has also been buoyed by two massive games; his median receiving yards is just 44.5. 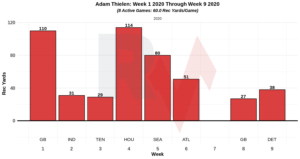 This one doesn’t have to be difficult. Projections have Robinson having about 15 more receiving yards than Thielen, so we’re fine paying the juice on this lean.