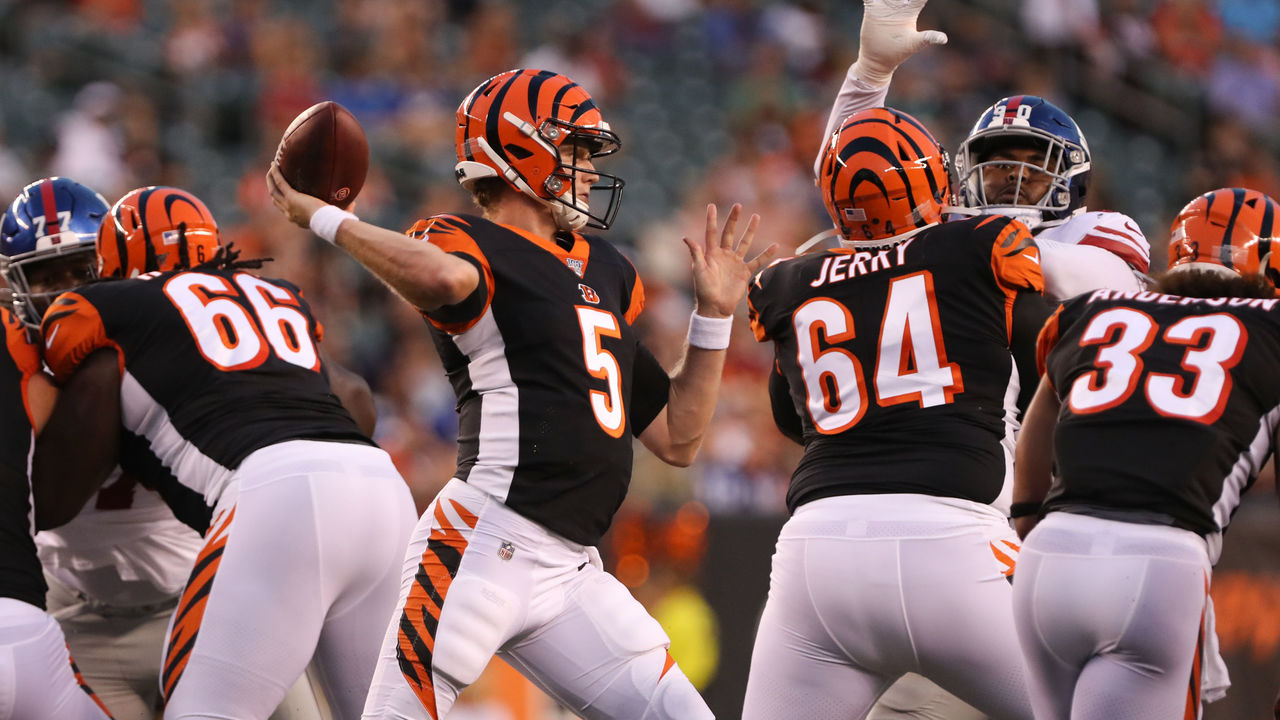 After promising rookie Joe Burrow went down with a brutal knee injury, the Bengals were forced to pin their hopes on the arm of Brandon Allen. Predictably, it didn’t go well. Now Allen is injured too, meaning third-string QB Ryan Finley will get the start in primetime on Monday night.

And it might get ugly. The Steelers are second in the league in yards per pass attempt allowed at just 5.8. Finley averaged just 5.4 yards per attempt in 2019 on 87 total pass attempts. It’s rare to see a passing yards line below 200, but Finley’s prop is set at just 189.5. That will be the focus of this week’s free feature play.

We bricked on our SNF free play after hitting Saturday’s, so let’s finish the week off on a winning note.

Note: We locked this in at U195.5 Yards for our subscribers when it opened, but we like it down to 185.5. If you’re the kind of bettor who wants every yard and cent of CLV, we are the betting service for you.

Already, that makes this pretty intriguing:

That’s beyond your normal level of bad.

To be fair, it’s an incredibly small sample size, but it’s worth mentioning that we can probably expect Finley to be woefully inefficient even in an average matchup. 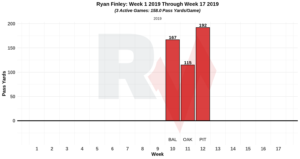 And this is far from an average matchup. The Steelers are second in both yards per attempt allowed (5.8) and passing yards per game allowed (202.2).

You can probably expect them to run away with this one, but that’s been the case all year long, as evidenced by their 11-2 record. Despite leading most of the time (which then could lead you to expect garbage time passing yards by the opposing QB), they’re still only giving up 202.2 passing yards per game.

Burrow himself barely crawled over this line when he met Pittsburgh this year, hitting 213 yards — but it took him 40 attempts to get there(5.3 YPA).

Given that combination of elite defense and horrible QB play, you’d be wise to take the under on Finley’s passing yards.

189.5 is a small number, but it’s still too high for Finley. He’s been historically inefficient in limited playing time and now has to face off against one of the best pass defenses in football. Take the under on 189.5 here.