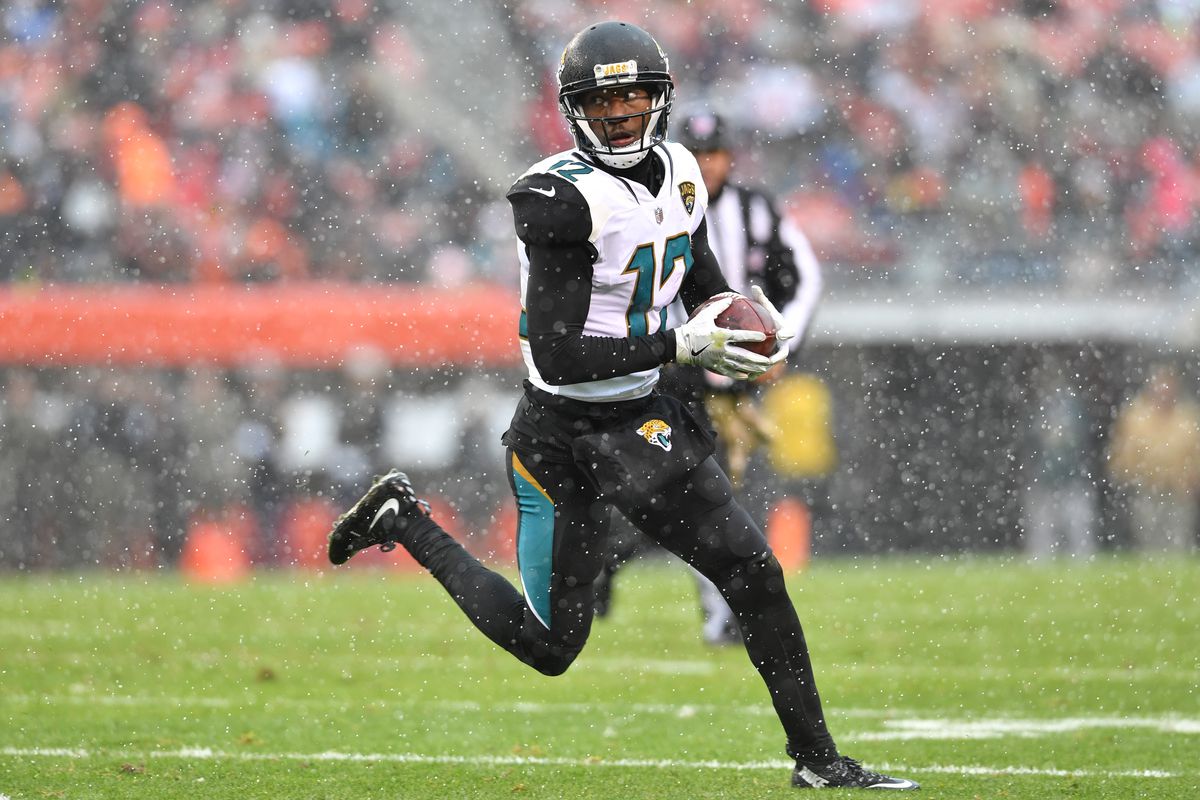 It takes some unique thinking to uncover the best Week 17 WR props. Welcome to the trickiest week of the NFL season from a gambling perspective, where lines are wacky and “starters” may find themselves on the bench.

There is still value to be had, though, so let’s check out the best wide receiver props for the last week of the regular season.

When you’re done, check out our best prop bets for the rest of the main slate.

Blake Bortles is set to return to the fray this week versus a vulnerable Houston secondary. The Texans have hemorrhaged passing yardage totals of 462, 228, 386, and 397 over their last four games and surrendered the fifth-most yards to enemy receivers this year. Naturally, they have surrendered well over 32.5 yards to enemy WR1s in their last five games.

To pile it on from the matchup angle, Jacksonville is installed as a 6.5 point dog which should spike their number of pass attempts.

Although he has surprisingly only surpassed the 32.5 yardage mark three times in these last seven games, the matchup could not be any better versus a porous secondary as a heavy dog on a game-script dependent team.

Most projection systems have Westbrook clearing this line by a wide margin. For good measure, Westbrook is fourth in Josh Hermsmeyer’s Air Yards Buy Low Model for Week 17.

Anderson has exploded the last three weeks with yardage totals of 76, 96, and 140, while also scoring a touchdown each game. Darnold has evidently grown comfortable with his No. 1 receiving threat.

Anderson’s volume marks are elite over this span:

There is cause for concern in a matchup versus a Patriots team that is famous for shutting down an opposing team’s No. 1 option.

However, with Jermaine Kearse out this week and Quincy Enunwa on IR, the Jets’ only other pass-catching options who have had any legitimate involvement are rookie tight end Chris Herndon and second-year RB Elijah McGuire. The remaining WRs on the Jets’ depth chart are Andre Roberts, Deontay Burnett, Charone Peake, and Rishard Matthews. Those four have combined for eight total targets over the last three weeks. Anderson could legitimately see 75 percent of his team’s WR targets this week.

As 13.5 point dogs, expect the Jets to air it out plenty.

Even if Belichick works his magic to suppress Anderson, the volume appears overwhelming enough for Anderson to hit the 60.5 yard mark.

I would play this line up to -130 juice, but would hesitate if the yardage mark grew higher.

Nelson’s volume and production suggest this 4.5 reception line is too low.

This line might be suppressed for fear of the home versus road splits for both Oakland and Kansas City.

It seems the oddsmakers are overvaluing these splits — the Chiefs have still surrendered the second most pass attempts per game on the season, providing ample opportunity for an enemy pass corps.