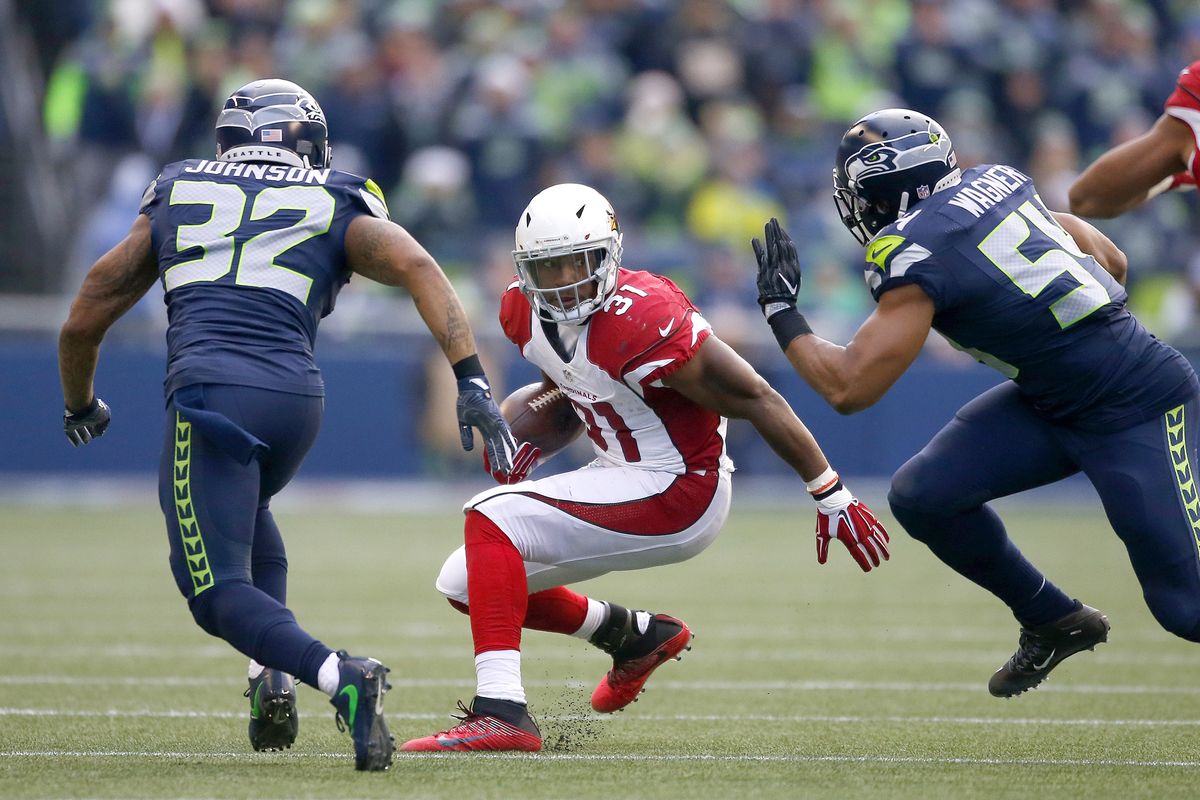 The final week of the regular season poses a unique challenge for prop bettors — matters of motivation and player usage will be fluid from one minute to the next, making projections tricky task.

For that reason, there are considerably fewer lines being offered by sports books. So while there are still a few great Week 17 prop bets to attack, it’s not a week for betting volume.

Between our main slate picks and a Sunday Night sweep, we went 4-1 in Week 16, missing out on a perfect week only when Demaryius Thomas went down.

In their 15 games, the Seahawks have allowed 20 or more receiving yards to 17 different RBs. That includes the likes of LeGarrette Blount, Jordan Howard, and Kyle Juszczyk. Johnson himself doubled this line when these teams met in Week 4.

A weakness in general, the Seahawks have been particularly vulnerable to receiving RBs of late.

The Seahawks’ slow pace and dominant possession numbers are concerns here. However, the Cardinals are 12-point road underdogs, setting up a spot where Johnson’s absolute floor is five targets.

This line opened at -115 before quickly moving to -130, and I expect it will continue to move.

Something doesn’t add up.

It’s rare to see that type of volume paired with such a low line. Since Week 10 – a sizable sample by NFL standards – Foster is averaging 82.7 yards per game. Texans WR DeAndre Hopkins is averaging 88.5 in that time. Saints WR Michael Thomas is averaging 70.1.

His 25.4 average depth of target is by far the best mark in the league (among all WRs with at least 10 targets). Think about that for a moment — every time Foster is targeted, it is, on average, for more than a quarter of the football field. And he’s averaging more than six targets per game in his last three.

I could go on — by almost any measure, Foster’s underlying and raw numbers have been elite of late. Oh, and Dolphins top corner Xavien Howard is out for this one, too.

Check out more Week 17 picks via The Action Network.