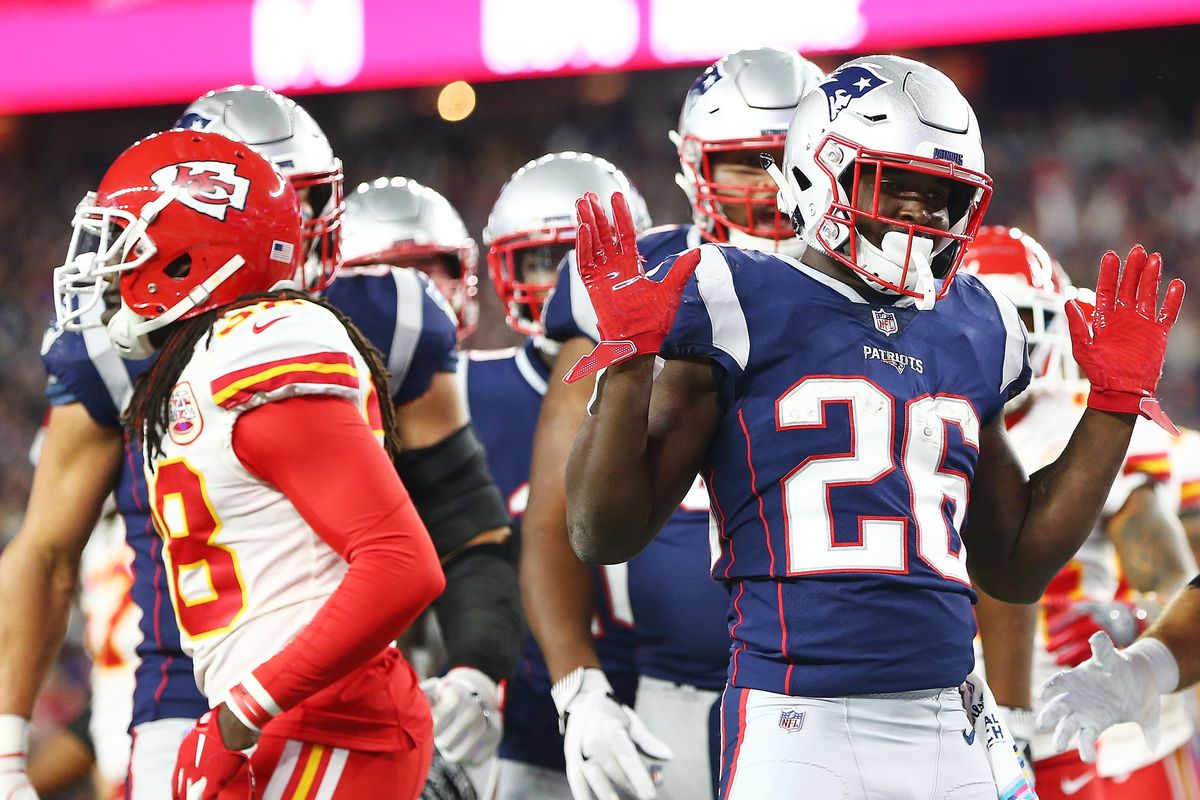 Actual, real-life player props? On a Wednesday? And not those lame “Julian Edelman  scores the first TD” variety?

I thought I’d take this rare early opportunity to run down the lines quickly and provide some early thoughts and leans.

You can find a rundown of the Rams Saints game here.

Brady had a day versus the Chiefs in Week 6, putting up 340 passing yards, but he did it on just 24 completions.

The home/road splits don’t matter much for the GOAT, who is averaging 23.8 completions at home and 23.1 away.

But the splits are significant for the Chiefs — their defense allowed 28 completions per game on the road but buckled down to a 20 per game at Arrowhead Stadium.

I’d lean towards the over here simply due to the plus odds, but this Brady TD prop will ultimately be no play.

What a precarious line.

On one hand, this line looks just a little bloated due to Sony Michel’s 129-yard day against the Chargers last week. Combine that with the +105 odds on the under, and that option looks like a decent value.

On the other hand, Michel had 24 carries last week and another 24 when these two teams met in early in the season. But that -125 price on the over? Not great.

Cold weather could be another reason for the Patriots to make it a Michel week once again, so shorting him could be a bit of a nightmare.

I’m intrigued by this spot but am going to wait for alternate lines later in the week.

The Lean: No play

If Sony Michel hadn’t scored three TDs against the Chargers last week, there’s no way he would be paying only -120 to score this week.

Lean: Over or No Play

This is a sharp number at 308.5, and there will be better spots to attack this week.

That said, Mahomes did post 351 yards in the much harsher confines of Gillette Stadium and the Patriots have given up the 12th-most passing yards this season.

But a fair argument can also be made for the under, so we’re likely to pass.

I’ll buy the plus odds on the over here considering that, before last week’s Colts game, Mahomes had three or more passing TDs in five-straight home games.

But between the weather and the Belichick factor, it won’t be a big play, and only because it’s plus odds.

I know passing on a high-profile prop like this is no fun, but this is a classic spot to dodge for me.

Recent form suggests a slight lean towards the under — Hill is averaging 70 yards over his last six games, eclipsing this total just twice.

But he shredded the Patriots for 142 yards on 12 targets in their first match up and is more than capable of doing it again.

This is the rare occasion where I may actually prefer a player’s TD prop.

In addition to the 12 receiving TDs Hill scored in the regular season, he’s also added a rushing score in each of his last two games.

He had three against the Patriots last time out, and you have to think Andy Reid finds a way to get Hill into the end zone.

Lean: Under or No Play

Almost certainly no play on this one, but I’d take the under if forced to choose.

The Patriots have held 19 of the 21 TEs (with at least two targets) they’ve faced to 61 yards or less. That 61-yard game? Travis Kelce.