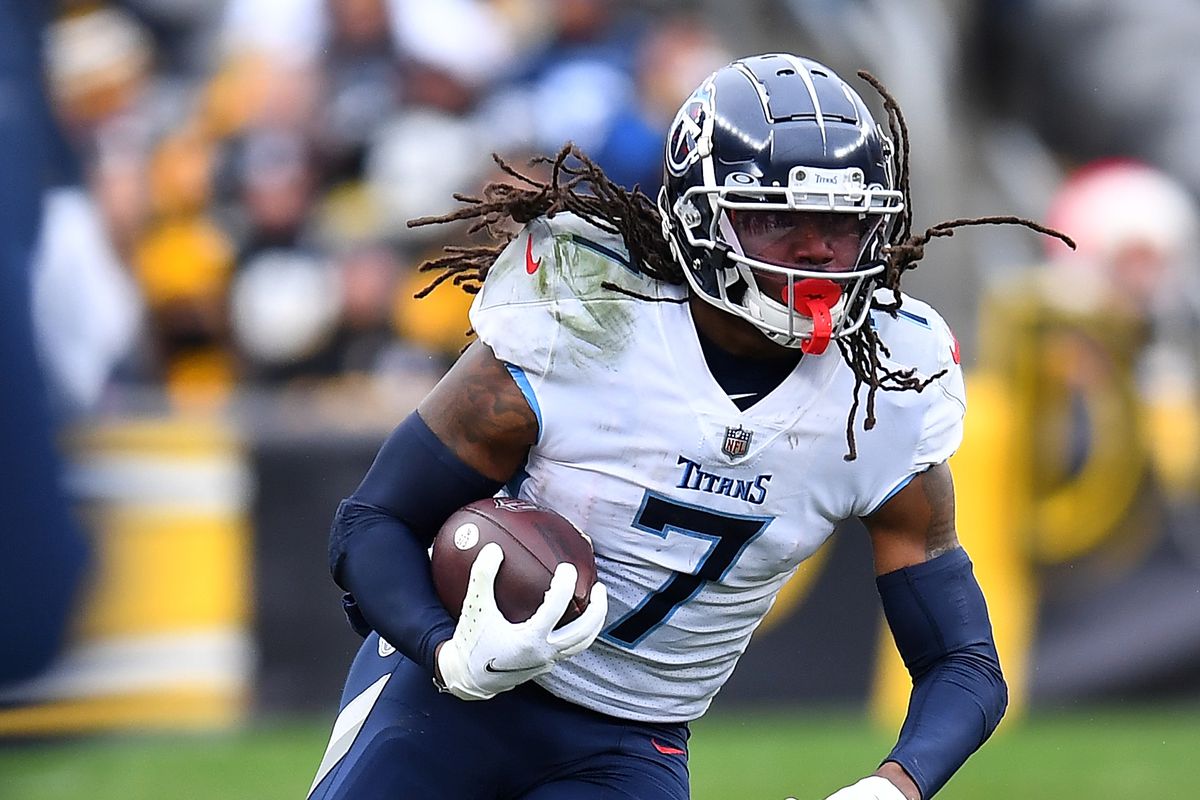 by Cort SmithDecember 23, 2021
D’Onta Foreman’s rushing volume presents some solid value as we break down one of our best TNF Props for Titans 49ers.
Foreman may not be flashy, but he’s the man in the Music City backfield, and that should be the case again tonight.
Our NFL props are hitting 61% on the year. Join us to get all of them, plus NBA (62%) alerted to your device in the sharpest betting community out there.

We couldnt quite get behind the yards as an official play because he’s not a very efficient back, and San Francisco is an efficient run defense.

However, volume is a different story.
The Titans haven’t changed their stripes since Derrick Henry went down. They’re still a run-first offense. And the +3.5 spread suggests a close game which will allow them to do what they want to do.
Regarding the injuries, he did get banged up in the last game, but was in on the final drive and has been practicing in full. So if it’s bothering him, there’s no real indication of it.
There’s certainly a risk of re-aggravation in-game here, but I thik the nice +105 price covers that risk. And really, it’s just an oddly-low number for the clear RB on a run-first team.
Also, projections are heavy on the over here — pretty much 15-16 carries across the board for a 28% edge. 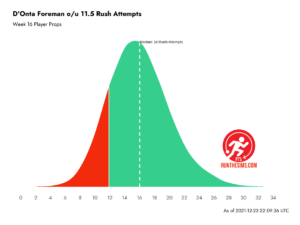