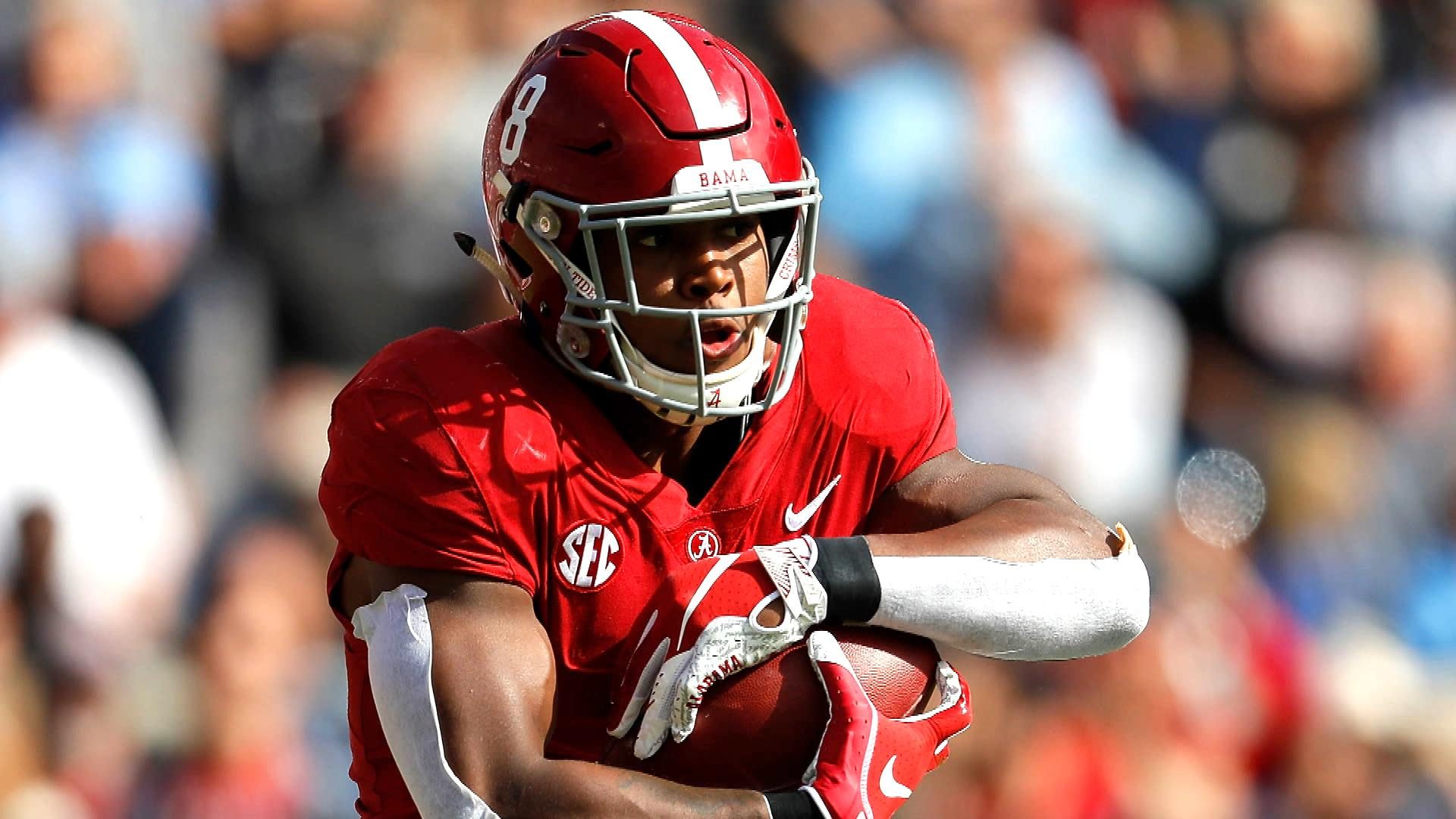 The top players in college football are set to converge on Indianapolis, and we’re breaking down some of the best NFL Combine prop bets.

Props on specific players weren’t out earlier in the week, so we went ahead and looked at a ridiculously good value prop on breaking the 40-yard dash record.

Individual lines started hitting the streets Friday, but unfortunately, many of the best bets were gone almost as soon as they were released. For example, the under on DK Metcalf’s 40-yard dash prop of 4.59 seconds opened at -120 and within minutes hit -500.

There’s still some meat on the value bone, though, and we start with a look at Alabama RB Josh Jacobs, who’s set to run on Friday, March 1st with the rest of the running backs.

The book has set the number at an even 4.50, with equal juice on both sides.

Jacobs was a three-star recruit for the Crimson Tide, and in his 2017 spring workout tests, he ran the 40 in exactly 4.50 seconds. He also had the best vertical jump on the team at 35.5 inches, hinting at the explosiveness we’d see throughout his three-year collegiate career.

However, that is the only official, or even unofficial time, I was able to find for Jacobs — nothing from high school, not even so much as a “hand timed” rumor floating around the interwebs.

For what it’s worth, Walter Football projects Jacobs to run a 4.49 40-yard dash, but as we’re about to see, historically, Jacobs is more likely to run slower than 4.50.

Size matters when it comes to RBs. Big backs who run fast are coveted assets and also relatively rare.

The Crimson Tide’s official site lists Jacobs at 212 pounds, while Wikipedia and 24/7 Sports lists him at 216. That makes him about average in terms of today’s RBs.

That puts his weight roughly middle of the pack, but the same can’t be said his projected time of 4.50, given his size.

I used the PFR Combine Tool to find every RB from the last five years to run the combine at a weight of between 212 to 219 pounds.

So even if we generously assume that Jacobs comes in at 207 lbs, and not his listed weight of 212-216, historically, we should expect to see him go sub-4.50 about a quarter of the time.

Considering the coin-flip odds on offer, we’re printing money by betting the under in the long term.

Jacobs has the overall skill set which has put him in contention to be the first RB taken in the NFL Draft, but there’s nothing out there indicating he’s a straight-line blazer.

I’m no film grinder, but when I watch him play, I see a back with power, acceleration, and elusiveness, but not a ton in terms of top-end speed.

I’m certainly willing to be wrong on that last point (again, really not a film guy!), but I’m happy to play what looks like a significant historical edge for a guy of Jacobs’ size.

Take the over, but if this number moves at all, I think the value disappears pretty quickly.