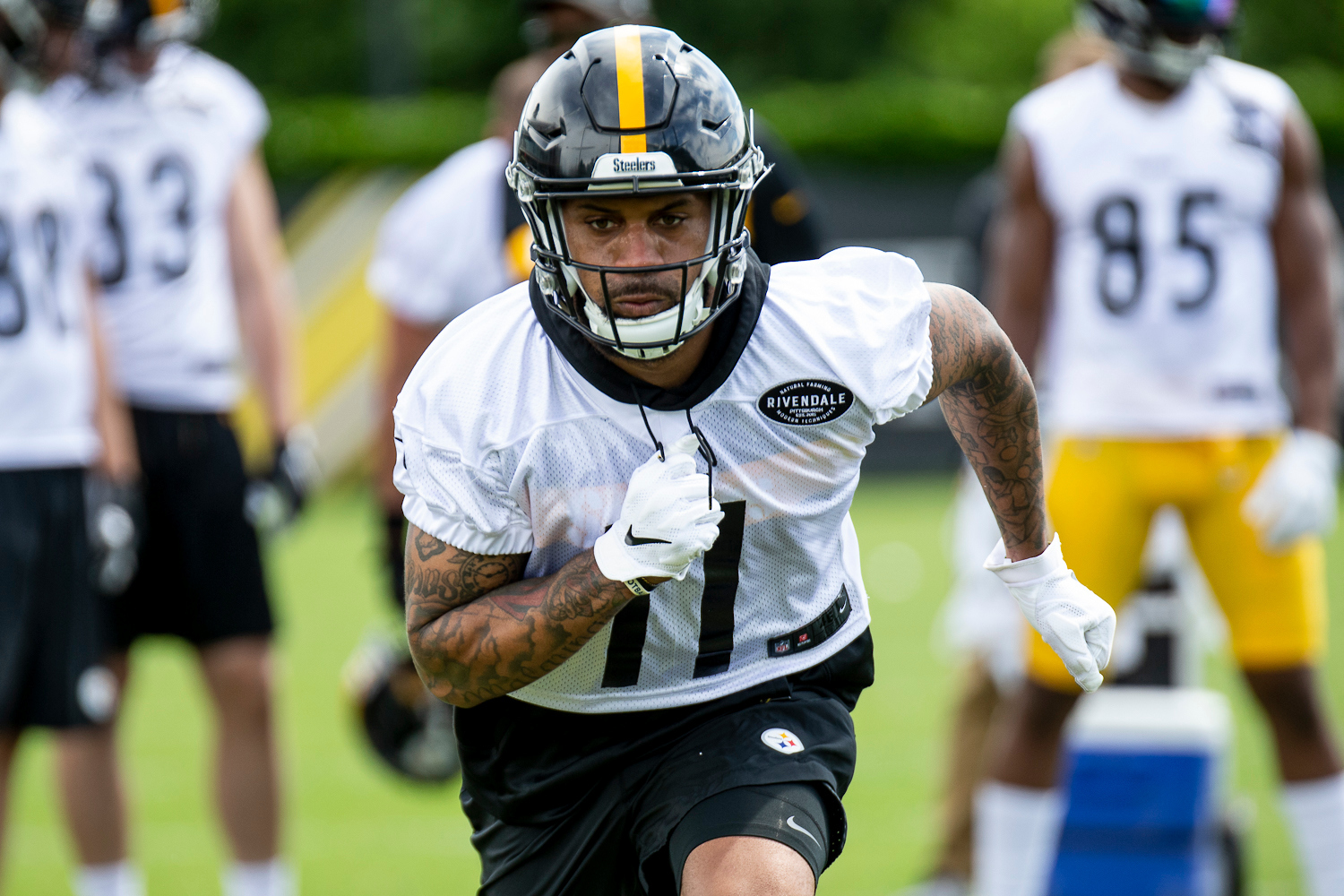 Our best SNF props hail from the marquee AFC matchup between Steelers and Patriots, a game that disappointed with just 27 total points last year.

This year's edition features a 51-.5-point total, suggesting the potential for a shootout on Sunday night. We're looking to the Steelers' newest weapon, Donte Moncrief, to take advantage of that, and we'll also run down the chances for a big game from TE Vance McDonald as he takes on a full-time role for the first time.

Let's jump right in, and if you'd like to take advantage of our full slate of our +EV prop bets, full-season packages start at $99.95.

Moncrief is the de facto replacement for Antonio Brown and should have plenty of room to work with playing across from wonderkind JuJu Smith-Schuster this year.

In this one, though, there is some uncertainty regarding where Patriots shut-down corner Stephon Gilmore will be playing. Will he shadow Smith-Schuster as the third-year stud slides in and out of the slot? If he instead remains stationary on the outside, it's bad news for Moncrief, as Gilmore had a 90.9 grade from PFF last year and shut down nearly everyone he faced.

However, Gilmore was used all over the field last year - he played just 46% of snaps from either the right or left cornerback position - and Bill Belichick is always intent on stopping the opposition's best player.

I expect Gilmore to mostly be matched up against Smith-Schuster, leaving Moncrief - the clear No. 2 over James Washington - with some good looks in a game with a high point total. He cleared this total in six of 16 games last year, but he did average 41.8 yards per game, and that was with Blake Bortles as his QB. Moncrief will see less attention from secondaries this year to go along with the massive upgrade at QB.

Projections have him going for between and 44 and 49.7 yards, which combined with our plus odds, make this one of the top values on the board.