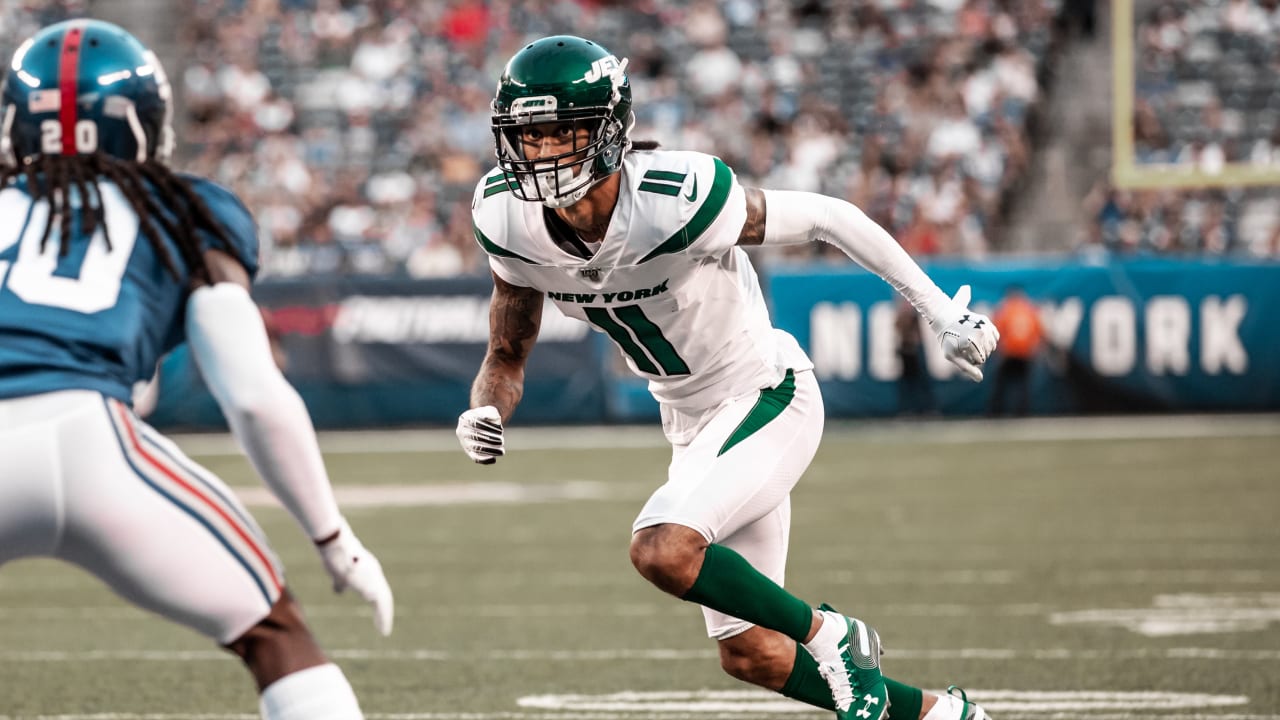 Our favorite Browns Jets prop bets for Monday night football aren't sexy, but then again, neither is this matchup.

With Sam Darnold for the foreseeable future, any chance at a potential shootout between two up and coming QBs is gone, leaving us to guess a little on how it's all going to play out.

People want to play the stars in primetime, and while Nick Chubb and Odell Beckham are both in solid spots, their yardage lines are just a little too high for me to mess with. Part of my uncertainty stems from the fact that these Jets can be beat in so many different ways, especially with ILB C.J. Mosley and rookie first-round DT Quinnen Williams out tonight. All the matchups are good, so assuming they'll do it one way or the other is conjecture.

So instead we pivot to the Jets and two pass catchers who are dealing with new realities Darnold-less existence.

We're in the midst of a monster week after hitting on Julio Jones last night -- coming into Monday Night Football we have a 16-5 overall record in Week 2 to add to our 15-9 start last week. We're now 31-14 for a real nice 69% on the year.

Our subscribers are building their bankrolls on these soft props market, and you can too.

Editor's Note: This line has moved considerably since we locked it in this morning.

Griffin’s 43 pass routes run in Week 1 against Buffalo led all NFL TEs. He played 94% of the snaps. The fact that all that resulted in just three receptions and 10 yards on four targets is down to a brutal matchup versus those Bills.

Buffalo, led by their elite group of LBs, allowed just 32 yards and 3.1 receptions per game to opposing TEs last year -- the best and second-best marks in the league, respectively. After limiting Griffin in Week 1, they went out and effectively shut down star TE Evan Engram Sunday, despite the Giants playing from behind all day and force-feeding Engram.

At the other end of the TE spectrum is tonight's opponent, the Cleveland Browns:

Cleveland started 2019 much like they left off last year, allowing six receptions and 63 yards to Titans' TEs in Week 1.

As touchdown underdogs at home, the Jets project to be playing from behind, necessitating plenty of pass attempts from fill-in starter, Trevor Siemian. He's never been an aggressive downfield thrower - as we'll expand on in a moment - so expect plenty of underneath stuff to the TEs and RBs as the Jets play in comeback mode.

I'd play this line to 19.5, but I wouldn't give any more than the -130 we're already paying on this prop. We'll update this piece if we see any better lines at another widely-accessible book.