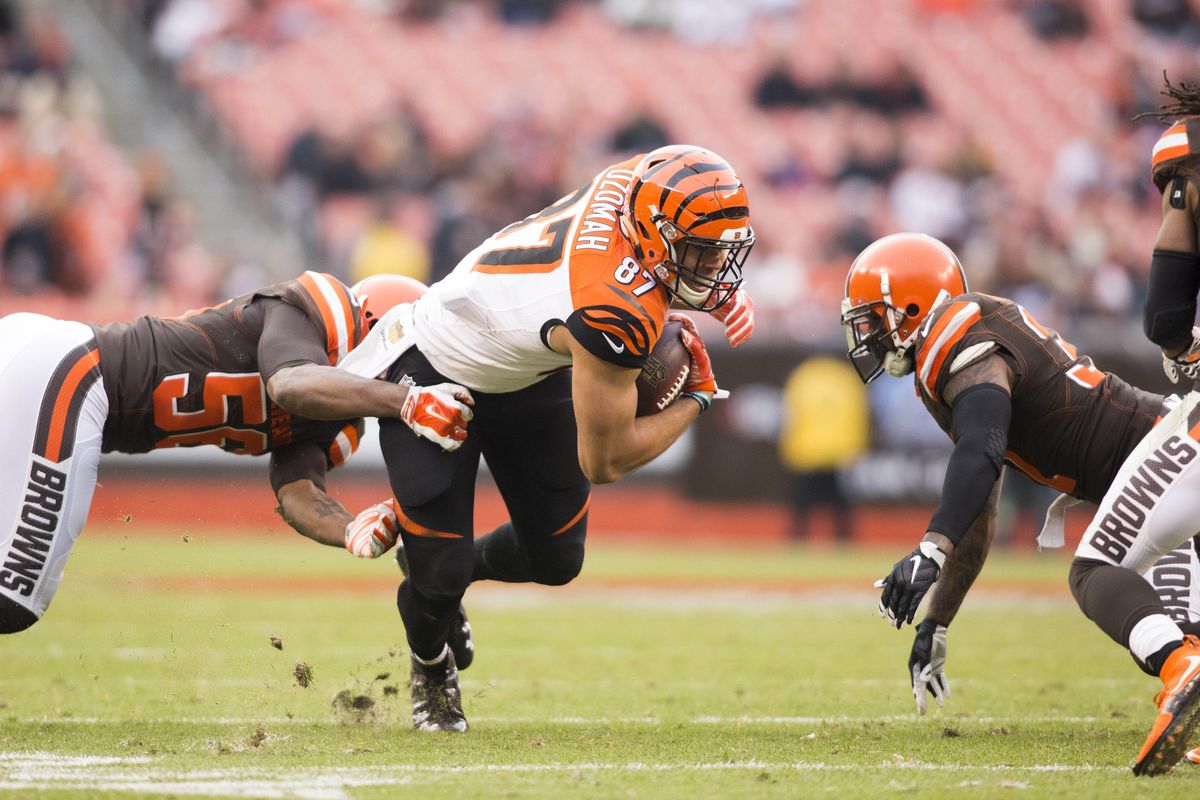 Scoring will be in on the agenda for a second-straight Sunday night, but just like last week’s scorcher between the Chiefs and Patriots, that doesn’t necessarily equate to an easy player prop betting card.

Still, we went 2-0 by keeping it sweet and simple, and we’re doing the same tonight by targeting the weakness of the Chiefs defense.

Here are our records on the year:

Because lines and odds will often move between now and kickoff, after every selection I’ll note the number I’d be willing to play to, as well as where I would draw the line on odds.

Uzomah’s usage ticked upward after the Bengals lost Tyler Eifert to injury and then spiked a week later when fellow TE Tyler Kroft also went down.

He had a season-high six catches on seven targets for 54 yards against the Steelers and has now eclipsed this 34.5 total in three of six appearances.

The path to continued production is clear against a Chiefs defense which defends the position poorly.

KC surrenders 8.5 targets and six receptions per game to opposing TEs, third and fourth worst among all teams, and their average of 91.3 yards against ranks second last.

Sean Koerner’s projections give Uzomah 40.3 yards, giving us a nice cushion here in what should be a shootout.