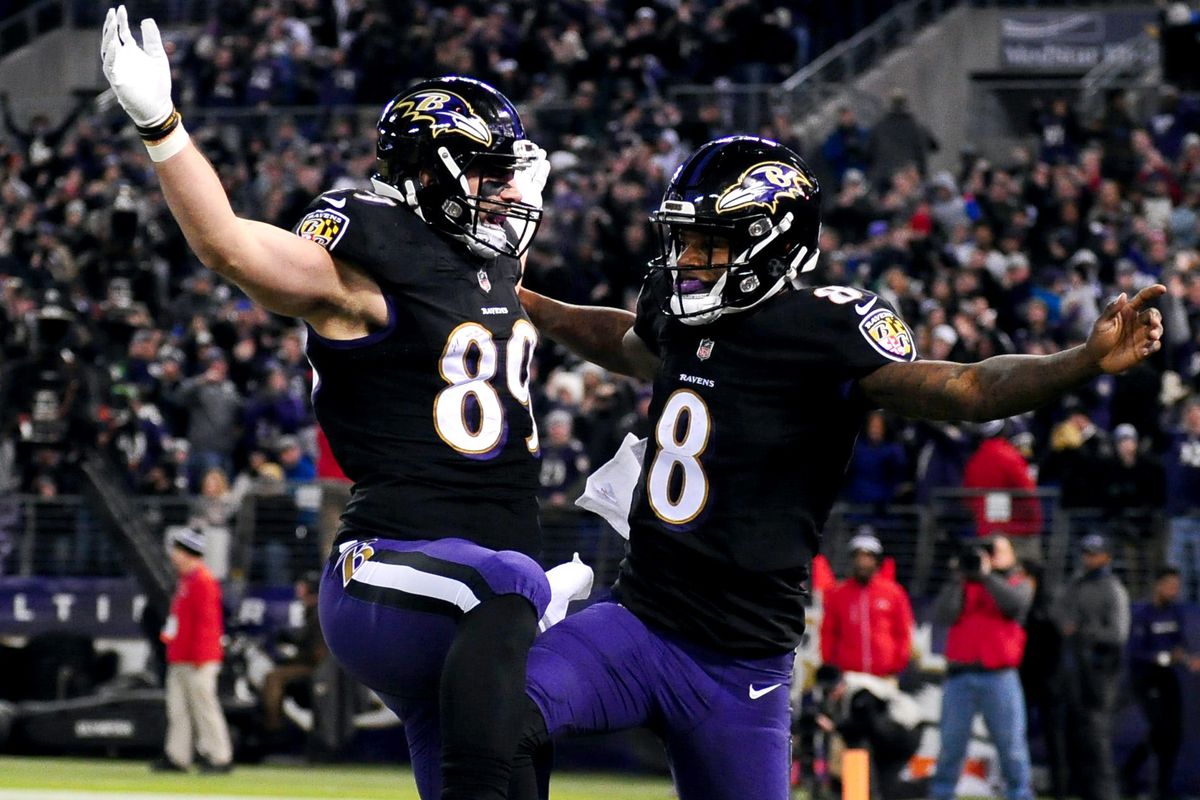 We're all aboard the Lamar Jackson to Mark Andrews Express as we ride into NFL Divisional weekend with a look at the best Titans Ravens props.

Despite facing a slow-paced Titans offense which will attempt to shorten this game with repeated doses of Derrick Henry, the Ravens come in with a hefty implied point total of 29 to go along with their 33.2 average points per game, by far the most in the league.

Despite any potential pace concerns from the opposing offense, we're still expecting the Ravens to pour on the points -- and unlike some of their regular-season contests, this year, they'll keep the pedal down and their starters on the field for all four quarters.

After pouring through some of the opening lines on Wednesday, we only see one prop play we like so far on Mark Andrews. We'll update this piece and alert our subscribers on Slack and Twitter if we find a second play worth releasing later in the week.

There are only a few weeks left to take advantage of the stupid fun and profitable market (check out our record on the season here) that is NFL props -- we've reduced our playoff pricing, and you can join us here.

Fighting nagging injuries for much of the season, Andrews looked awfully spry the last time we saw him in action, putting up 93 yards on 9 targets against the Browns all the way back in Week 16.

He'll be fresh and rested after two weeks off and drops into a juicy draw versus the Titans, who've allowed:

Brown didn't practice on Tuesday, and his absence would raise the potential ceiling on Andrews.

The emerging stud TE leads the Ravens targets, target share, receptions, yards, air yards, and yards after the catch, all by a large margin.

Andrew's 1,035 air yards are third among all TEs, trailing only Travis Kelce and Zach Ertz. 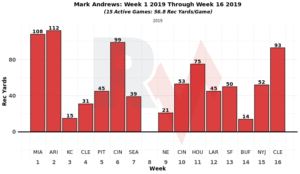 Granted, despite his sturdy 56.8 average on the year, his production has been a bit of a rollercoaster, but keep a few things in mind: