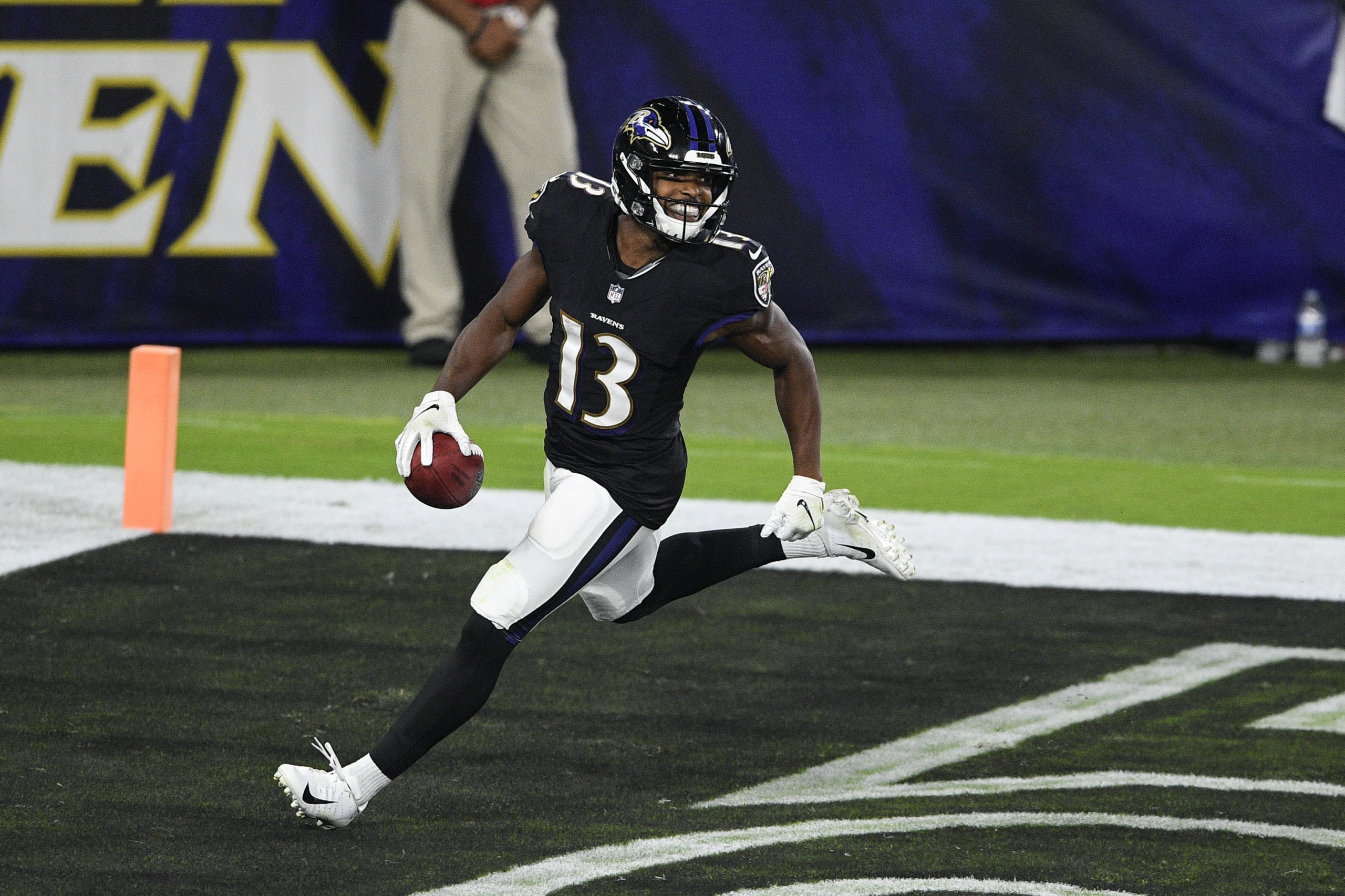 Let us not waste any time digging into our best props for Cowboys Ravens on Tuesday Night Football.

We’ve got a low number on a relatively unknown guy who should be more involved than his line suggests.

It was a tough one on Monday night, as we bricked out on Alex Smith and Cole Beasley, so we’re dying to get off the schneid with this one.

Despite the recent free-pick cold streak, our subscriber picks are hitting 61% this year over a sample of more than 300 props — Join us here for full weekly slates.

**We originally had those at Over 2 receptions, but that line is no longer available, so we pivot to yards and downgrade it to a lean for 0.5 units (0.5% of your betting bankroll).

Stud TE Mark Andrews is out again, and while it hasn’t been confirmed at the time of writing, reports indicate WR Willie Snead will also be inactive.

That frees up the third-round rookie out of Texas to resume the expanded role he took on last week in the same situation. 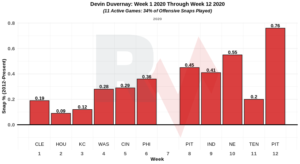 Duvernay played a career-high 76% snaps last week, most of them in the slot for Snead, catching all three of his targets against the Steeler for 20 yards.

That was in a tough matchup against Pittsburgh while catching passes from Robert Griffin III and Trace McSorley, and this week looks better for him on both fronts.

Lamar Jackson is back, and while it’s likely that Ravens are going to run a lot against the Cowboys league-worst run defense (by yardage), the reigning MVP’s presence is an upgrade for the entire offense.

The Cowboys and don’t give up many receptions to opposing WRs, just 12.4 per game, 10th fewest. However, they make up for it in efficiency, allowing an enticing 14 yards per reception, fourth-worst.

Duvernay should have a solid slice of the passing pie — was second in team targets last week and should continue to command a strong target share tonight.

I expect this line to gain steam throughout the day as the market starts to realize that Duvernay is again the No. 2 passing option for the Ravens with all these other options out.