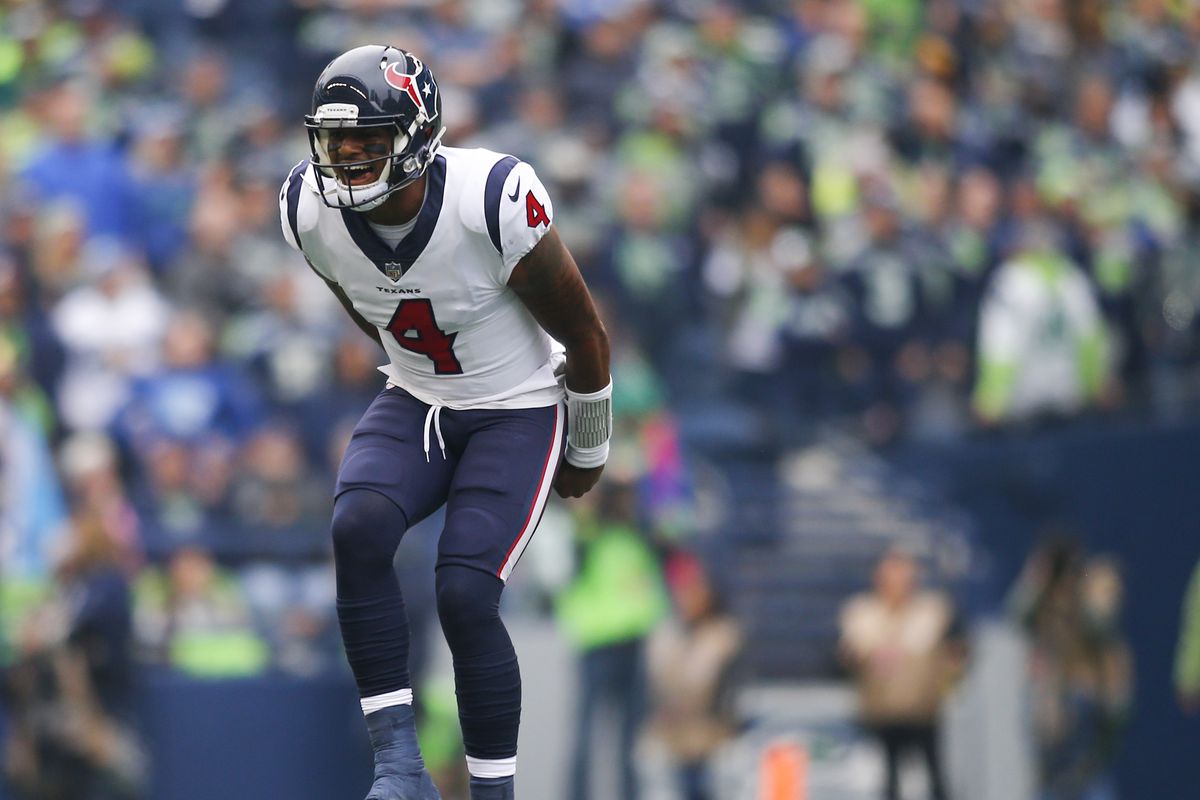 Rookie sensation Deshaun Watson took the league by storm in 2018, and the expectation is even bigger things to come in 2018.

After being drafted 12th overall by the Houston Texans, Watson immediately stepped in as the starter and posted one of the best stretches by a rookie QB in history.

Sadly, he’s season was lost after just seven games when Watson tore his ACL in practice.

Watson’s prop bet for passing yardage appears low for a guy many expect to be the next big star at the position.

Let’s look at the threshold he needs to hit:

It appears as if oddsmakers have assigned a yardage betting line for Watson which is just slightly above league average for QBs who don’t get injured (much).

The start to Watson’s career was one of the best in recent memory. Since, 2000, only six rookie QBs have passed for more yards per game through the first half of their first season.

That 242.7 pace would have been good for 3,883 passing yards through the course of a full season, which would just clear our prop betting line.

However, that number doesn’t quite tell the whole story.

Watson started off slow as the coaching staff eased him into the NFL. He put up just 23 and 24 pass attempts through his first two games, and he did it against the toughest of competition — Jacksonville had the best pass defense in football, and the Bengals had the eighth best.

After the first two games, the Texans let loose, allowing Watson to throw an average of 31.4 attempts per game, a 37 percent increase in passing volume over his first two outings.

Between Weeks 3 and 8, before being injured, Watson was on pace for 4,710 yards.

Before we get too excited about that pace, it’s worth remembering that this is a very small sample size of five games.

It’s also worth pointing out that oddsmakers have set the betting line on Texans wins at 8.5, with heavy juice on the over. The team is expected to be much better in 2018, which could mean less aerial fireworks as they to milk more leads via the running game.

Finally, and perhaps most importantly, history suggests that Watson will regress in his second season. Let’s look at the same chart, but add in what those QBs did the following season.

Looking at the chart above, we seen that nine of the 10 QBs passed for fewer yards per game in their sophomore season.

Jameis Winston was the lone exception. However, on average, passing yards per game for Watson’s cohorts dropped by 10.1 percent in year two.

Our QB Yardage Cheat Sheets have Watson falling short of the betting line by an average of 162 passing yards.

This prop bet comes down to how much the Texans will throw in 2018.

Watson has shown an ability to be efficient; he just needs the volume. According to Air Yards, the former Clemson Bear was above average at completing passes in most parts of the field, and especially with passes over 30 yards. 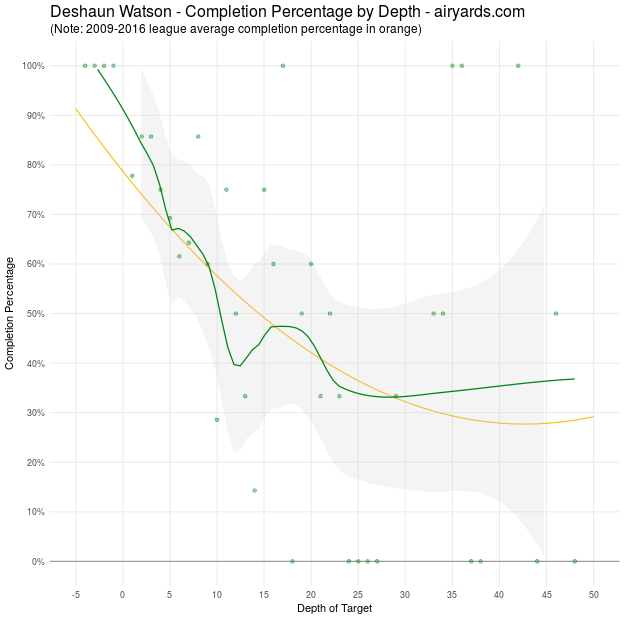 The Texans are unlikely to be throwing the ball all over the field as much in 2018. With All Pro JJ Watt expected back from injury, it’s easy to envision the team leaning on their defense and run game to win, something they couldn’t do with the former Defensive Player of the Year injured last season.

There is also the fact that Watson will be only 10 months removed from suffering his ACL injury when the season starts. The Texans could once again slowly ease their superstar into action, and we see that same skepticism built into his TD totals as well.

On the other hand, the Texans face the third-easiest schedule for QBs, according to Fantasy Pros.

This passing yardage prop bet screams of uncertainty by oddsmakers, and after some analysis, it’s easy to see why.

However, considering the ACL injury, the always-present risk of further injury, the Texans’ high win total, and the fact that Watson is likely to regress as a sophomore, and the lean here is the under on 3,799.5 passing yards.