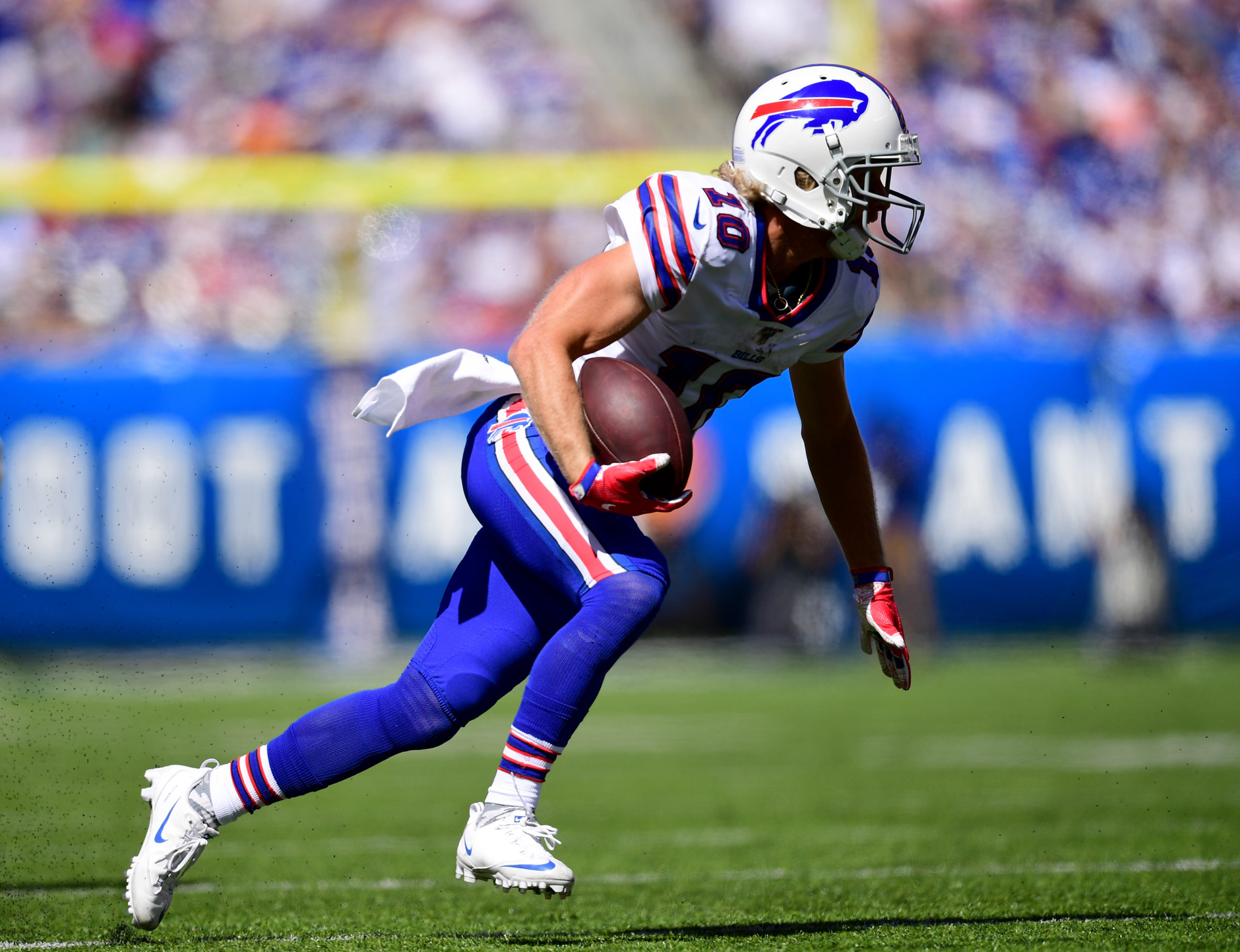 John Brown has been ruled out for the Bills’ Monday Night Football clash against San Francisco, which means two things:

Both WRs have had their explosive outings this year, with Davis amassing at least 70 yards and a touchdown in two of Buffalo’s last three games. In the one game where he didn’t reach that benchmark, Beasley recorded 109 yards and a score. It’s Davis who benefits more from Brown’s absence, having played at least 95% of snaps in each of the three games Brown missed.

We hit one free play yesterday but missed last night on Mecole Hardman, so let’s finish the week strong.

Our subscriber plays hit at 71% this week (and 61% on the season), and you can join us here to get all our picks across multiple sports.

We mentioned that Davis is the Buffalo WR who gains the most from Brown’s absence, and that theory is borne out by the data. Beasley is averaging 59.6 yards per game when Brown plays and 63.3 when he doesn’t. There is a slight difference there, but it’s difficult to say that Beasley sees a major uptick in production without Brown. 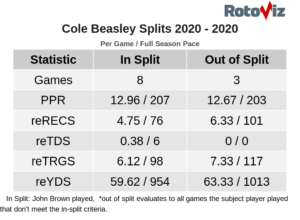 Beasley’s splits don’t change much with or without Brown in the lineup.

That’s true, but both numbers are inflated by a few big games; Beasley has three 100-yard games this year. We only care about whether he goes over or under this line, not the amount by which we win or lose the bet. He may go off for another massive game, or he may go under 40 yards again like he’s done in three of his last four.

But his median result of 49 yards is the one we’re interested in, and it indicates we’re getting some value right off the bat.

When you combine all that with the fact that his median is 7.5 yards lower than this line, it makes it a relatively simple pick. The best argument for the over here would be Brown being out, but we’ve already seen that it hasn’t made much of a difference so far this year.

Beasley’s median is lower than this line by a decent margin, and the 49ers’ defense has been excellent at defending opposing WRs. Even with Brown out (which might not even matter that much), we like Beasley to record 56 yards or fewer on Monday Night Football.