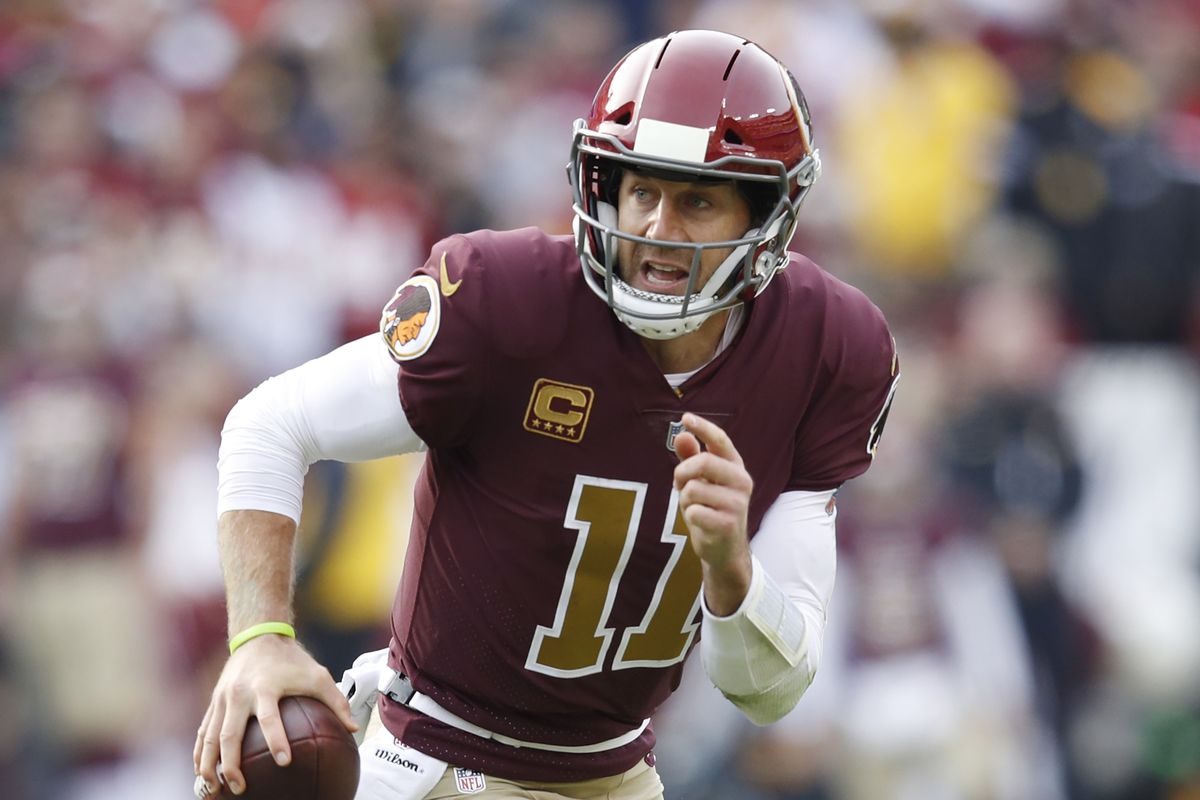 Smith is the feel-good story of the year, but for the purposes of our MNF Props for Steelers Washington, this is a bad spot for him.

Pittsburgh is a nightmare matchup, and Smith and his offense are going to struggle to maintain drives and pile up much for play volume. This could get ugly, and we’re selling Smith against the Steelers.

MORE PROPS: Check out our favorite play for the other Monday night matchup between the 49ers and Bills.

Our subscriber plays hit at 71% this week, and we’re hitting at 61% on the season overall — join us here to get all our NFL props & more.

After that blazing start in which he averaged 358 yards on a Patrick Mahomes-like 8.2 yards per attempt (YPA), Smith has averaged 158 yards on a Joe Flacco-like 6.6 YPA over his last two.

That didn’t exactly come against the toughest competition either. Teams no longer have to worry about Smith’s mobility after that devastating knee injury, and we’ve seen his YPA drop in every start. 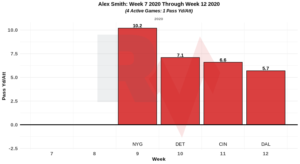 That lack of mobility is a significant liability against the Steelers’ league-best pass rush, which sacks the QB 9.9% of the time. They should be able to tee off on Smith, putting him in the dirt and forcing plenty of errant throws.

Smith simply no longer possess the ability to evade the pass rush, or even deftly move around in the pocket. He’s completing 47% of his passes when under pressure this year.

There’s only one team that’s permitted fewer than 200 completions this year — the Steelers.

This is likely the best defense in football, and outside of Terry McLaurin and Antonio Gibson, the Football Team doesn’t have many weapons to attack them with.

Perhaps their one weakness? Pittsburgh’s been tagged for 5.11 yards per carry by enemy RBs since Week 8, so look for the electric rookie Gibson to be busy on the ground in a bid to shorten the game and keep the pass rush off Smith.

These two teams rank No. 1 and 2 in completions allowed per game, so I’m expecting a slow one and would lean towards an under-or-nothing approach tonight when it comes to props.

Smith fits the bill to a tee, and the biggest risk to this prop is McLaurin breaking a play or two. Even then, we have plenty of outs, and I like this down to 209.5 yards.