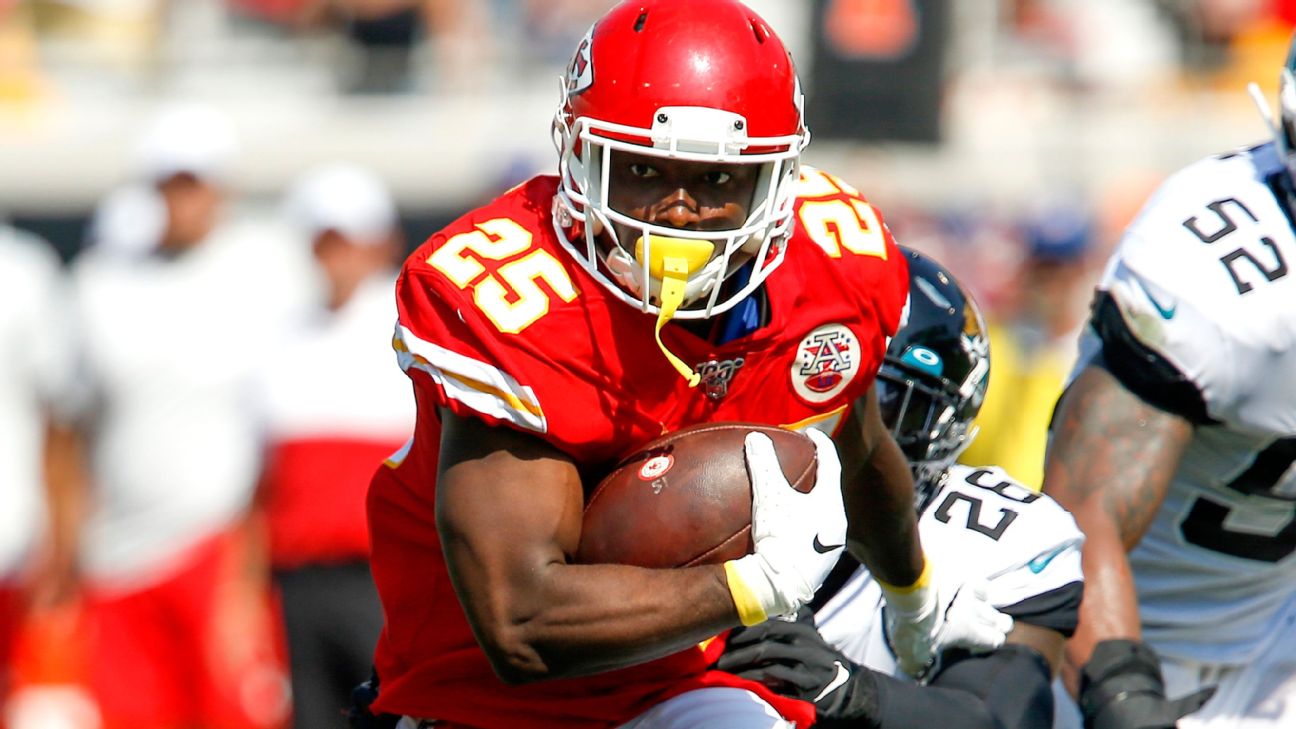 Welcome to this free edition of our Packers Chiefs props for Sunday Night Football.

This is a diffiult game to handicap — the Packers offense is all over the place in how they’ve been distributing the ball with Davante Adams out, and he is out again tonight. Meanwhile, I’m uncertain of what to expect from a Matt Moore-led offense with Patrick Mahomes on the shelf.

But I have a guess backed by solid reasoning and that’s where we start.

We’re keeping it to just one official play tonight, followed by an extra lean that we like for anyone looking for a little more action on Sunday Night Football.

If you enjoy our props analysis, considering joining us for some extremely reasonable prices! Our subscriber prop plays are hitting over 60% on the year.

I don’t claim to bring any great insight into how the Kansas City offense will operate under Moore, but I would be surprised to see any less rushing volume from LeSean McCoy than we’ve become accustomed to of late.

He’s been over this number in four of six games, and while his efficiency may take a hit with Mahomes out, he could also have more placed on his plate. Last week, McCoy hit a season-high in carries in a mostly Mahomes-less affair. 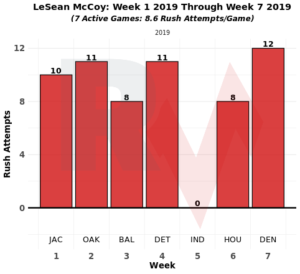 Meanwhile, despite shutting down Kerryon Johnson in primetime two weeks ago, the Packers rushing defense has been consistently humbled up by opposing runners. 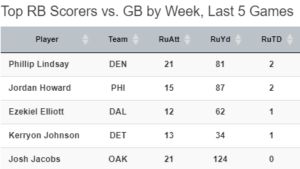 The Packers are run-funnel defense and the Chiefs should be motivated to keep the ball on the ground. McCoy has been leading the way on the ground, and I like his chances of being fed 13-plus carries tonight.

Treat this lean on prop bets for Packers Chiefs as entertainment and play it at your own risk.

We’re getting the better part of the vig here (-115 is standard) on a line that Kelce has fallen short of in two straight games. Normally that would make him a candidate for positive regression, but much of that is mitigated by the significant downgrade at QB.

That goes for all Kansas pass catchers, and you can consider fading Tyreek Hill at U69.5 yards as well.

The Chiefs defense is also a different unit at Arrowhead Stadium, allowing almost nine points per game less than when they’re on the road.

As a result, not nearly as much is required from the offense, which scores about a TD less at home over the last two years.

I see the Chiefs trying to play ball-control offense while limiting opportunities for Aaron Rodgers. None of this bodes of well for a big night from Kelce, and the solid odds we’re getting here here are a nice bonus.