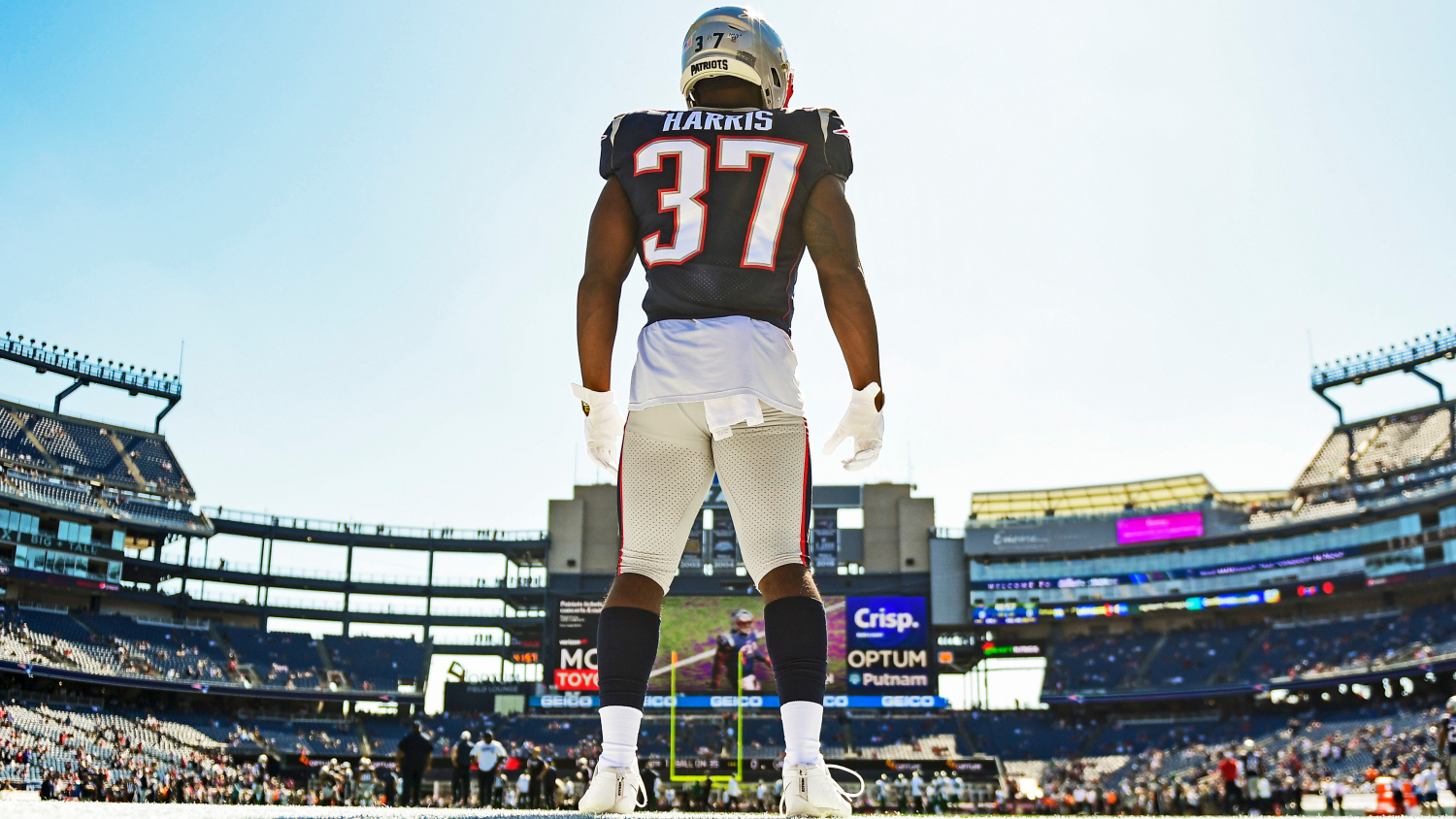 Damien Harris props have been a good look in 2020 — he’s 5-2 to the over on this rushing line and is set up well again tonight.

We lost on our Monday night lean, but we’re still 60.2% on the season at an average price of -112. Join us here to get full slates of props alerted to your device. 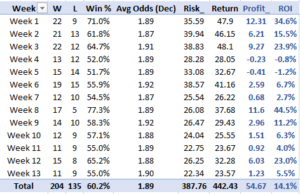 Note: This line is likely move quickly and isn’t available for everyone, so we like Over 51.5 Rushing Yards (-110 @ FanDuel) for a full-unit play as well.

Since returning from IR in Week 4, Harris:

So, he’s been efficient, he’s getting top-10 volume, and he’s eclipsed this mark in five of his last six while averaging 15.5.

Then why is this line so low?

Part of it is down to the projected game script and the 19.8 points the Pats are implied to score, the third-lowest total on this week’s slate. Rams opponents have rattled off just 63.1 plays per game, which is the ninth-fewest, and they’ve permitted the eighth-fewest attempts to RBs.

Combined with a six-point spread which puts Harris at risk of being scripted out of the game, and the floor is obvious here.

But this isn’t his first tough matchup, nor his first low-volume game, and he’s still demonstrated a robust median result all year. 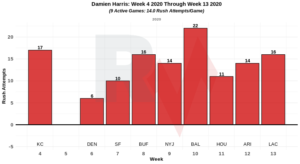 He’s over our line in six of nine so far, and as a regular Harris over bettor, I can confirm the Week 11 loss came agonizingly close to cashing.

His median result on the year is 14 attempts and projections have him putting up 13 carries for 61.9 yards on average.

While the Rams don’t allow much volume or efficiency on the ground, that’s still the Patriots’ best bet at moving the ball.

It’s the movable object vs the immovable force as Cam Newton and his 187 passing yards per game meets the best pass defense in football.

The Patriots are likely to need a big game from Harris to have a shot at the upset, and as long as the game script doesn’t spiral out of control, he should remain well fed.