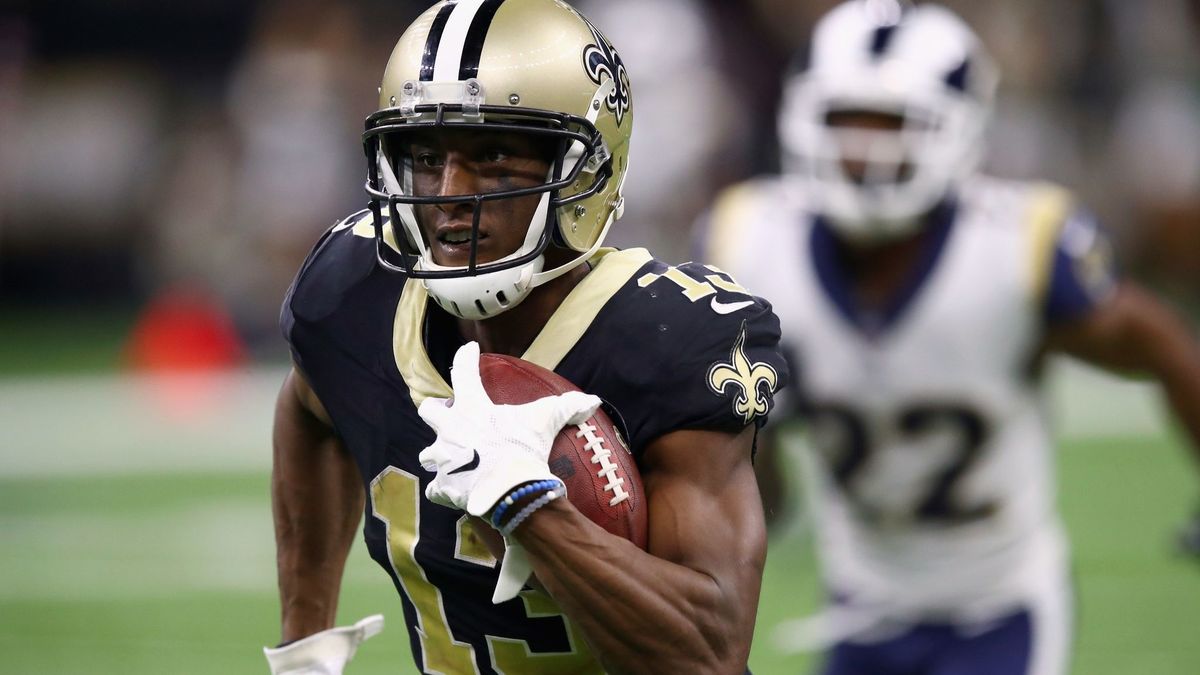 NFL Championship weekend features a rematch of one of 2018’s most exciting games, and we’re breaking down best Rams Saints props bets for the affair.

It was the Michael Thomas show when the Rams last traveled to New Orleans to meet the Saints in Week 9. And Thomas is tempting once again this week with a line that appears just a touch too low.

Let’s jump in, but first a quick note that these lines and prices are subject to significant movement from their publication on Friday evening to kickoff. We’ll update this piece with new information tomorrow, but feel free to reach out on Twitter if you have any questions about lines you’re seeing throughout the weekend.

Thomas popped up as a lean on the over in our look at the early lines for this game. (Check out our Patriots-Chiefs leans here)

You won’t catch me chasing these stratospheric numbers often but when I do, it’s with a guy who has 10 or more catches in 39 percent of his outings, playing in a rematch of a game that featured 80 points.

It’s a mild surprise not to see this number pushing triple digits at most books — odds makers tend to set lines by a player’s average, and Thomas is averaging 110 yards in his nine home games.

The biggest of those was a career-best 211-yard smack down of the Rams a few months ago.

That’s a stunning market share that shouldn’t be affected too much by the return of CB Aqib Talib, who didn’t play in their first game. Talib mostly sticks to the outside, while Thomas moves all over the formation, including plenty of snaps from the slot, where the Rams have been vulnerable.

I’m seeing this line creep as high as 96.5. That’s about the absolute maximum I’d play it to.

There are a few factors pushing this number to a boiling point.

That last point is likely the biggest influence on this 45.5 number, and if Anderson gets more than 15 carries again, this prop is probably toast.

But is Los Angeles really going to give him that much work against an elite Saints run defense that allows 10.5 percent fewer rushing yards than the next-closest team?

Unlike his recent hot streak, Anderson doesn’t get to face the Cardinals (dead last in rushing yards allowed), the 49ers (11th last), and he’s not a big home favorite in against a low-powered Cowboys offense like he was last week.

This game will feature a much different script and a healthier Todd Gurley, who will rarely leave the field if the Rams fall behind.

You know which at running back is a home favorite this week? Alvin Kamara, who was in a similar spot when these two teams clashed in Week 9, which lead to a career-high 19 carries, which led to 82 yards.

If we weren’t getting +110 here, this would probably creep into no-play territory for me, but theses plus odds at a such a modest number are too compelling.

Yes, the Rams held Ezekiel Elliott to 47 yards on 20 carries last week. But selling out to stop the run against the Saints could spell disaster and potentially open the door to another 200-yard day for Michael Thomas.

Put that game aside and look at the bigger picture. The Rams rank 25th in rushing yards allowed, and in the month before last week’s game, their run defense had more misses than hits:

While I’d still lean towards the over here at even-money odds, this is mainly a value play at +110. Once the vig starts hitting -105 territory, it loses its luster.