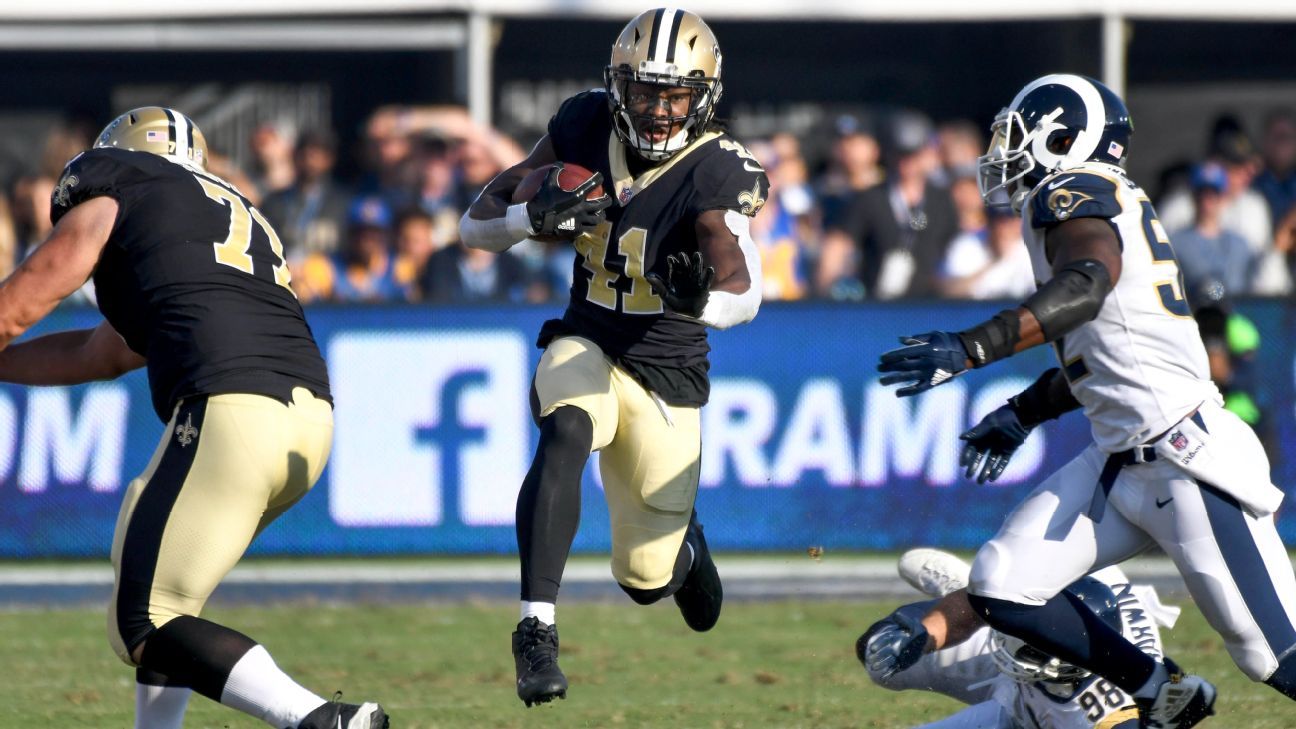 The games at Monkey Knife Fight are a different twist on prop bets, and with Conference Championship Weekend upon us, we’re breaking down our favorite card for the Rams and Saints NFC Championship showdown.

For our analysis of the straight-up props bets in this game, click here.

I found a single card for Sunday’s first game that I like.

Keep in mind that MKF sometimes mixes up the options for these cards by cycling players in and out. Things change fast. Feel free to hit me up on Twitter with any specific questions.

For Goff vs Brees, the projections are close.

The individual matchup history does give Goff the small edge in passing yards with 391 vs Brees’ 346, but we can’t overreact to a single matchup from Week 9.

Looking at the bigger picture:

Goff has also regressed towards the end of the year, averaging only 246 YPG in his last eight, including under 200 yards in his last 3 home games.

For Gurley vs Kamara, again we have close projections, but we are being spotted 30.5 yards by MKF on the Kamara side! With Gurley just returning from injury, it seems the Rams are content to give Anderson over 50% of the rushing attempts.

Perhaps that trend won’t continue, but as mentioned, the Saints run defense is completely dominant, while the Rams rank 28 in DVOA.

The Thomas vs Woods matchup is a bit closer when factoring in the 11.5 yards we have to give up by taking Thomas. I normally love Woods, but not vs a truly elite receiver in Thomas.

In his last two full home games, Thomas has racked up 23 receptions on 29 targets for 280 yards. Those numbers fit right in line with his domination of the Rams at the Superdome in Week 9. The Rams do have stud CB Aqib Talib back, but he usually doesn’t shadow. Even if he does here, Thomas has the skills to win against anybody.

Woods is more of a high-floor play. He’ll probably be somewhere close to his average and projection, but Thomas has the upside and is a more central part of his teams offense. The QB passing numbers come into play here as well, with the Saints defense only allowing 221 YPG, while Brees is averaging 319 at home. Looking at their averages in this spot, we have a 34.5 yard buffer while only needing 11.5 yards.

Out of the three choices on the card, I’m most confident in Brees and Kamara as underdogs getting yards.

Feel free to use that pick to mix and match in other games.