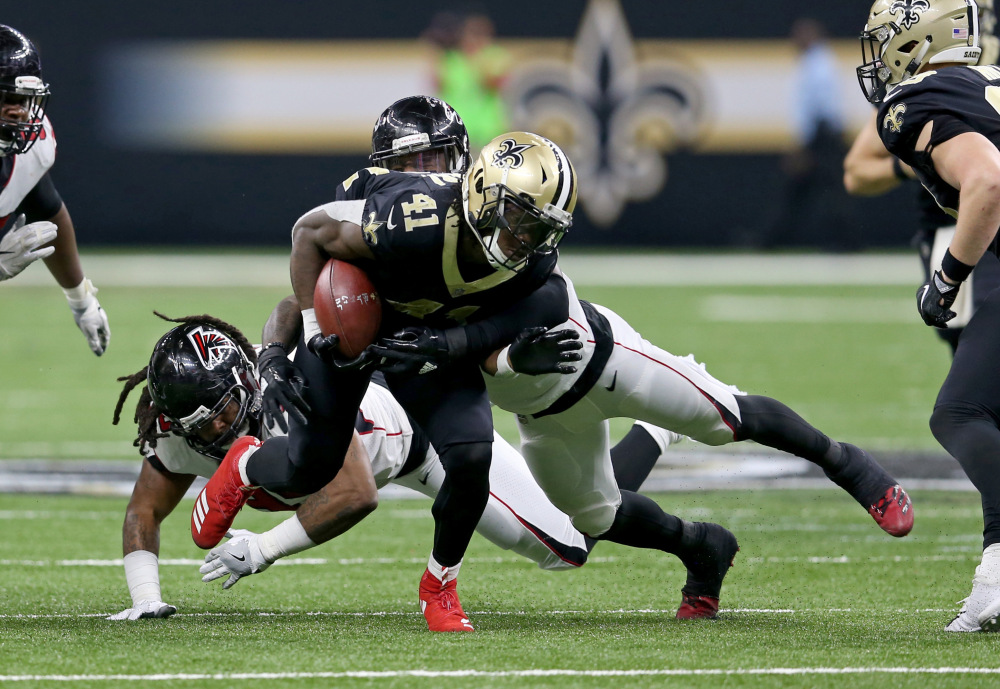 Still, we’re fading him in Week 2, and so should you.

Why? Because he’s appallingly mis-priced on one particular prop bet — carries.

Don’t get the wrong idea. He’s still going to be a star in Sunday’s game against the Browns. He’s just not going to be carrying a heavy load. He’ll be doing more of this instead:

This line is way off. Kamara is mainly a pass-catching back, not someone who gets heavy carries.

However, he’s never topped 12 carries in his career.

The odds imply a 55 percent probability that Kamara will hit the projected mark, yet he’s never come close.

We’re suddenly supposed to believe that the Saints will give him 25 percent more carries than they ever have before? It may happen, but it’s a poor bet.

With that in mind, let’s look at a few players to pit against Kamara in head to head prop bets.

As noted in the linked article above, Lamar Miller is the Texans best back on a very shallow depth chart. Unless he gets injured, he’s probable to hit at least 15 carries.

I realize the Saints are huge favorites against the Browns, and Kamara still will be heavily involved, as he always is… in the passing game.

Barber is another locked-in starter likely to carry a heavier rushing load than Kamara.

The Bucs No. 1 back handled 19 of the team’s 22 carries for a commanding 86 percent market share. Tampa Bay likes Barber so much that Ronald Jones, their second-round draft pick this year, was a healthy scratch in Week 1.

Don’t pound this one as hard as the Miller bet, as Philadelphia presents a very good run defense. However, the spread is only three points in this game so it should be close, leaving Barber an opportunity to stay involved.

McCoy is under priced in this area due to a seven-carry outing in a blowout game vs the Ravens in Week 1.

That’s certainly a concern, but there are a few reasons to expect a bounce back in volume.

He’s untested and comes out of college with serious accuracy concerns. Letting him air it out against a ball-hawking Chargers defense which forced the third-most interceptions in the league last year is a recipe for disaster.

The Bills and disasters often go hand in hand, but I’m betting they do everything they can to give the rookie a chance. That means a heavy dose of McCoy.