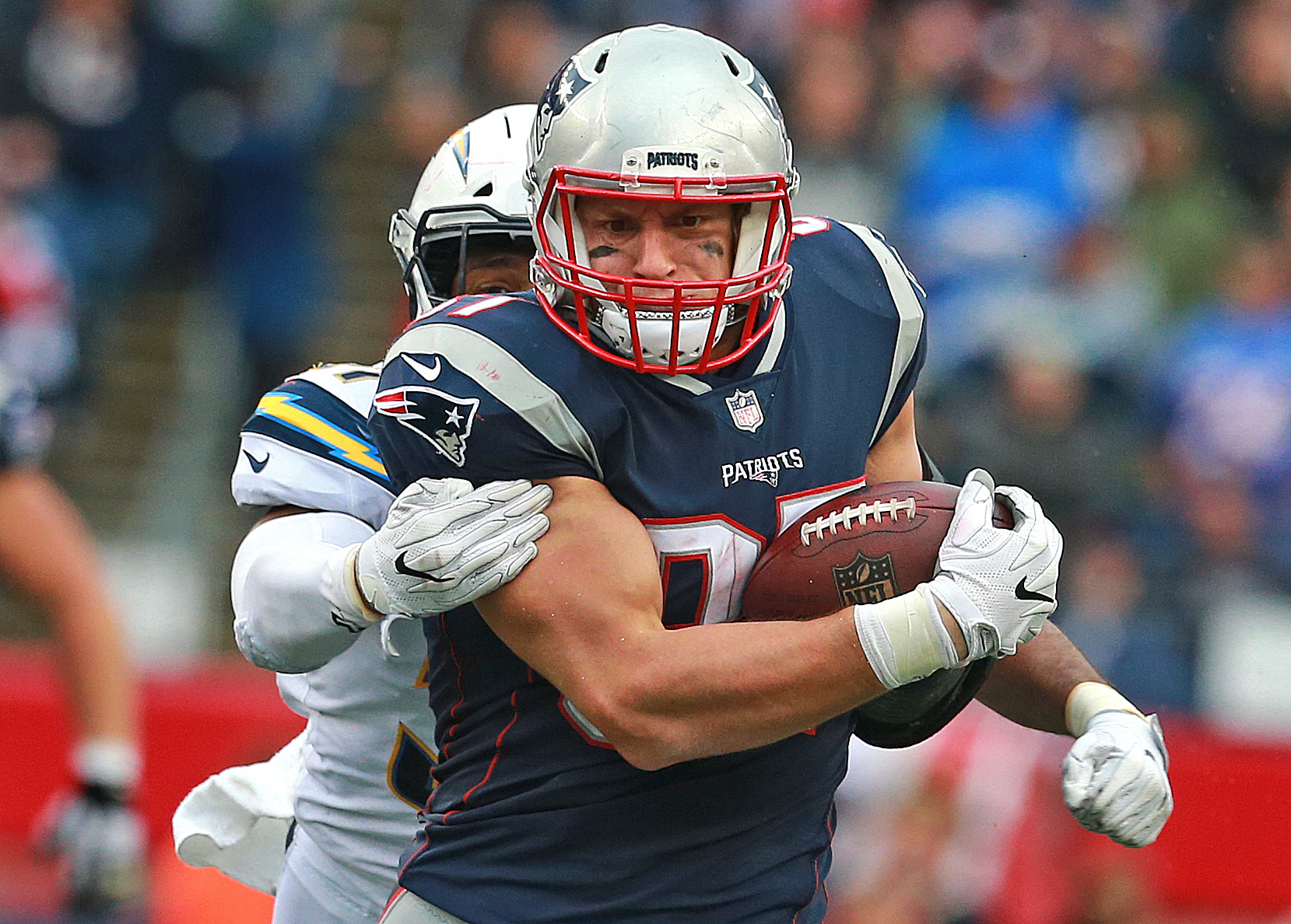 For the second week in a row, the Chargers head east in the role of underdog, this time looking to upend the defending AFC Champion Patriots, and we’re shorting pretty much body everybody as we break down the best Chargers Patriots prop bets.

In short, I’m not expecting a ton of pace to this one, and the picks reflect that.

Be sure to check out our full breakdown of the Eagles Saints game as well.

While this line is set at 3.5 at most books, I prefer playing this number at 4 given Gronkowski’s precipitous plunge into mediocrity.

It’s not just the lack of efficiency; the targets have fallen off, too — after averaging 6.2 targets through his first 10, Gronkowski has commanded just 3.3 per game in his last three.

That’s a small split sample, and there may have been other factors at play in the recent games, but even considering the entire body of work this year, seeing Gronkowski hit five catches in this one would be something of a curiosity.

Betting the under on a line of 3.5 is still solid value according to the Props Tool, but I much prefer paying up and forcing him to hit 5.

While Gordon practiced in full this week, there’s no question that having two banged up knees is going to affect his efficiency.

One good knee or none, it’s been the same old saga with Gordon for awhile now — he hasn’t surpassed 70 rushing yards in more than two calendar months, and he’s gone under this 66.5 number in four-straight games, averaging 46 yards per game in that stretch.

Gordon will likely require volume to hit the over, but I’m not sure the game script will allow for it.

The Patriots have certainly been susceptible to a few fat rushing lines, but we’ve seen nothing from Gordon of late to suggest he has the juice to take advantage.

More picks coming soon via The Action Network. Check back for a link.