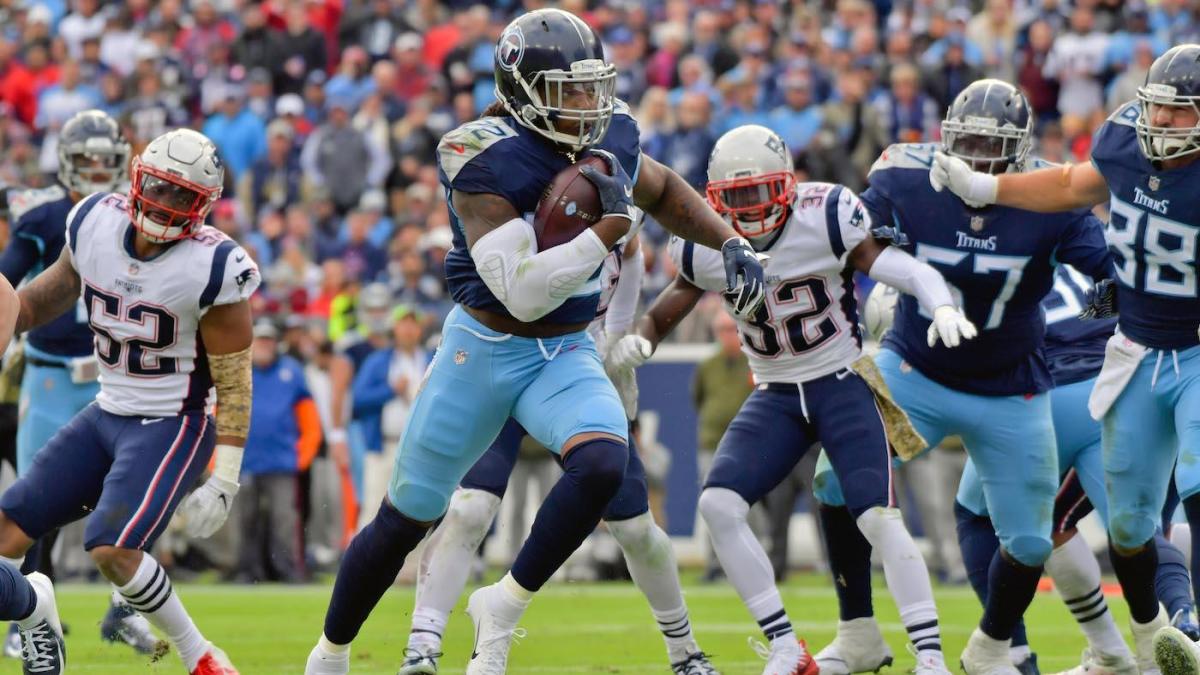 We never thought we'd be betting on the Patriots during Wild Card Weekend, but thanks to a little FitzMagic last week, here we are, breaking down the best Patriots Titans props for Wild Card Saturday.

The Patriots surprising slide down to the third seed gives us a chance to attack a receiving prop on N'Keal Harry, an ascending player the books have been slow to adjust to.

Meanwhile, the Titans face a Patriots defense that looked dominant for almost the entire year before laying an egg in a big spot against one of the worst offenses in the league. We'll also break down Derrick Henry's chances in the worst matchup he's faced in weeks.

Saturday morning update: The best line we currently see on this prop is now O3 (+110). We'll update the piece if we see anything better throughout the day. Alternatively, you can play 29.5 receiving yards (-114).

It sounds as though Julian Edelman may be back to full strength entering the playoffs, but there will still be targets to go around.

N'Keal Harry has been the Patriots WR3 down the stretch run of the season, and he tied for the team lead in targets (7) last week versus the Dolphins, while leading the Patriots with 92 Air Yards. He's played ahead of Phillip Dorsett and Jakobi Meyers, and has only lackluster veteran Mohamed Sanu blocking him from an even bigger role.

For his part, offensive coordinator Josh McDaniels sounds like he's willing to give Harry a chance to step up in the playoffs,

“N’Keal has been in the game much more as we’ve moved forward here,” McDaniels said. “He’s improved every week, he’s practiced well, and he’s made plays when he’s had his opportunities and almost made a spectacular catch there in the red zone yesterday, too. We certainly don’t discriminate when it gets to this time of the year about what we want to do and where we want to do it, who we want to do it with. At this time of the year, I don’t really think — I don’t really look at playoff experience or all the rest of that stuff as being as important ... I don’t really care about age and all the rest of that stuff. ."

Harry was hampered by an injury that sidelined him for most of the preseason and the first 10 weeks of the regular season, but he was the Patriots first-round pick and the second WR drafted overall this year.
Film guys and analytics guys alike found things to like about Harry's game and strong, early college production. RotoViz compared him to a suped-up Michael Thomas as a prospect. 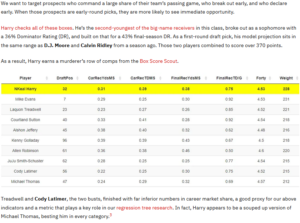 This is a good football player on the rise in an offense that needs a spark, and the five designed runs Harry has gotten over the past three weeks shows that the Patriots are trying to find ways to get the ball into his hands so he can make plays.
Especially at these +100 odds, Harry is value in his growing role that isn't being accounted for.