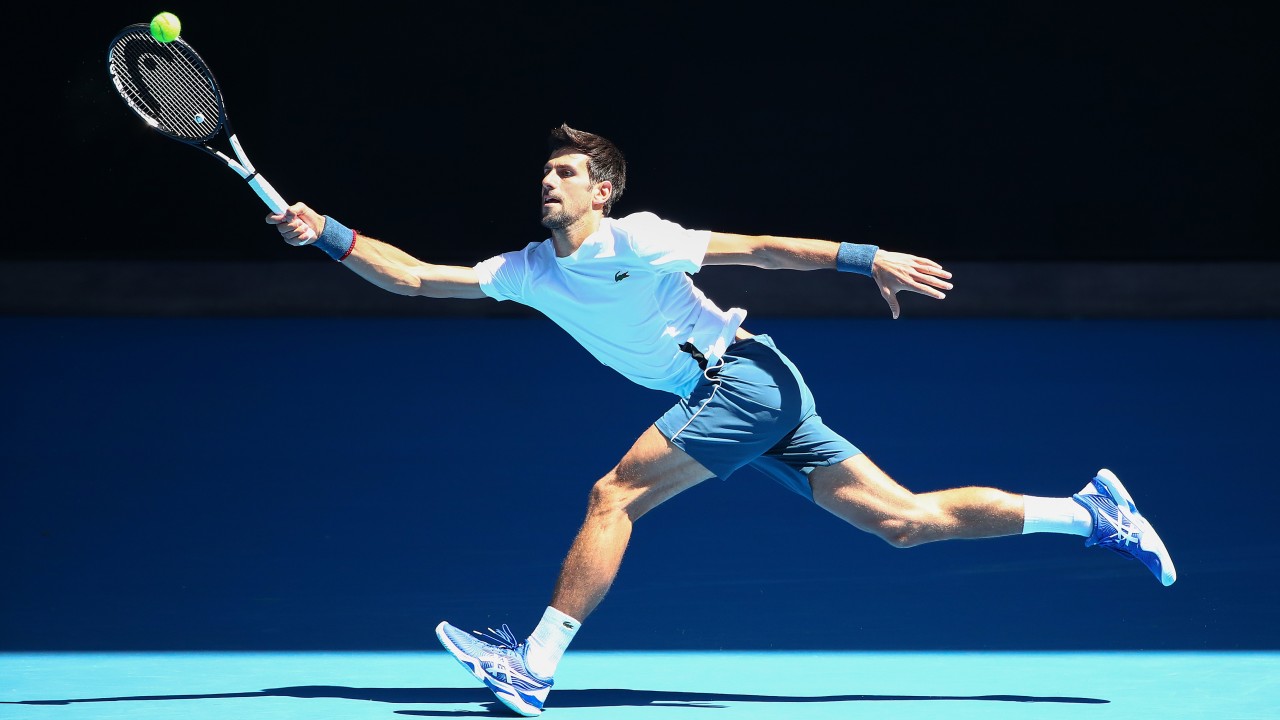 The tennis season is back into full swing, and we’re breaking down the best Australian Open bets, specifically for the outright winners on the men’s side.

Since this is the first major since the “offseason,” a strong proxy for current player ability is total point win percentage over a relevant period (Serve Point Win % + Return Point Win %). I choose to take surface into account and also filter down to only include matches versus opponents ranked in the top 100.

It’s been awhile since we last talked tennis, so let’s investigate if this method reveals any value in outright winner bets.

World No. 1 Novak Djokovic returned to dominance at Wimbledon last July. He is priced at +116 to win the tournament – an absurd number that reflects the tier above the rest he holds to himself.

Novak certainly deserves this price as his TPW illustrates how he is in another league right now.

For the first time in forever, the dominance of Federer and Nadal might have subsided.

Federer, a true unicorn in terms of his longevity and health, looked old, worn down, and slow in ways the world had never witnessed until his loss at the US Open to 17-to-1 dog John Millman.

Nadal’s health has continued to deteriorate. At this point, there is a legitimate question whether he will play through any hardcourt event he enters without withdrawing mid-tournament.

The questions behind Federer and Nadal make the men’s field (behind Djokovic) more open than it ever has been in the last decade. Instead of the three or four (when Murray was considered part of the “Big 4”) titans in the draw, this year Novak is the lone giant.

Cilic is the only true contender other than the Big 3 who has won a grand slam title. Winning a grand slam over a two-week period is such an enormous task, both mentally and physically, that having tasted victory before gives Cilic an intangible advantage over the remaining field.

What has held him back from more has been his miserable 5 – 32 record versus the Big 3.

Cilic is on track to face Federer in the quarterfinal, Nadal in the semifinal, and then of course Djokovic in the final, which rightfully has depressed his price.

From a TPW perspective, Cilic is a tier above the other +2500 bets and looks to belong in the Nadal, Federer, and Zverev tier statistically.

Nishikori has performed admirably as of late and appears fully recovered from injury. The Japanese superstar’s TPW versus top-100 on outdoor hard climbs to 106.1 when looking at August to present.

Nishikori would be a favorite bet of mine if he did not fall in Djokovic’s quarter. Unfortunately, Nishikori is pegged for a quarterfinal bash versus Novak.

Nishikori has proved particularly helpless versus the Serb with an 0 – 12 record and having only won four of 35 sets played since 2015.

If you don’t believe in Novak, then I love Nishikori. As it stands, though, I prefer to fade Novak by looking to the other half of the draw with Cilic.

Reasons to Fade the Rest

Zverev has been a popular breakout grand slam winner for some time now who has consistently letdown expectations.

The young German took a step forward in his game in 2018 – evidenced by his third best TPW – but that did not bear out in his grand slam results as he surpassed the round of 32 in only the French Open.

Observe Zverev’s win/loss records versus different qualities of opponents in and out of grand slams:

The brutality of best-of-five set matches has disagreed with Zverev’s body thus far. His outright price reflects his overall statistical profile but fails to consider the intangibles Zverev has severely lacked in slam matches.

I will continue to fade Zverev in slams until he proves otherwise. I would rather continue to bet against him and be wrong once than pile on the wagers that he has perennially let down.

Borna pops on the sheet, but his 8 – 10 record versus top-20 competition last year inspires little confidence that he can break through here. Just 22-years old, Coric has reached the round of sixteen of a slam just once and has not yet sniffed a quarterfinal appearance.

His TPW is strong, but his underperformance in slams over the last few years suggests his longshot price is justified.

The young Aussie who broke out this past year appears a huge value at his price based off TPW.

Evidence suggests the breakout 19-year-old still has a ways to go before cracking the big leagues. Consider backing De Minaur versus weak opponents and fading him versus formidable opponents.

All three are trendy picks but appear heavily overrated given their TPWs.