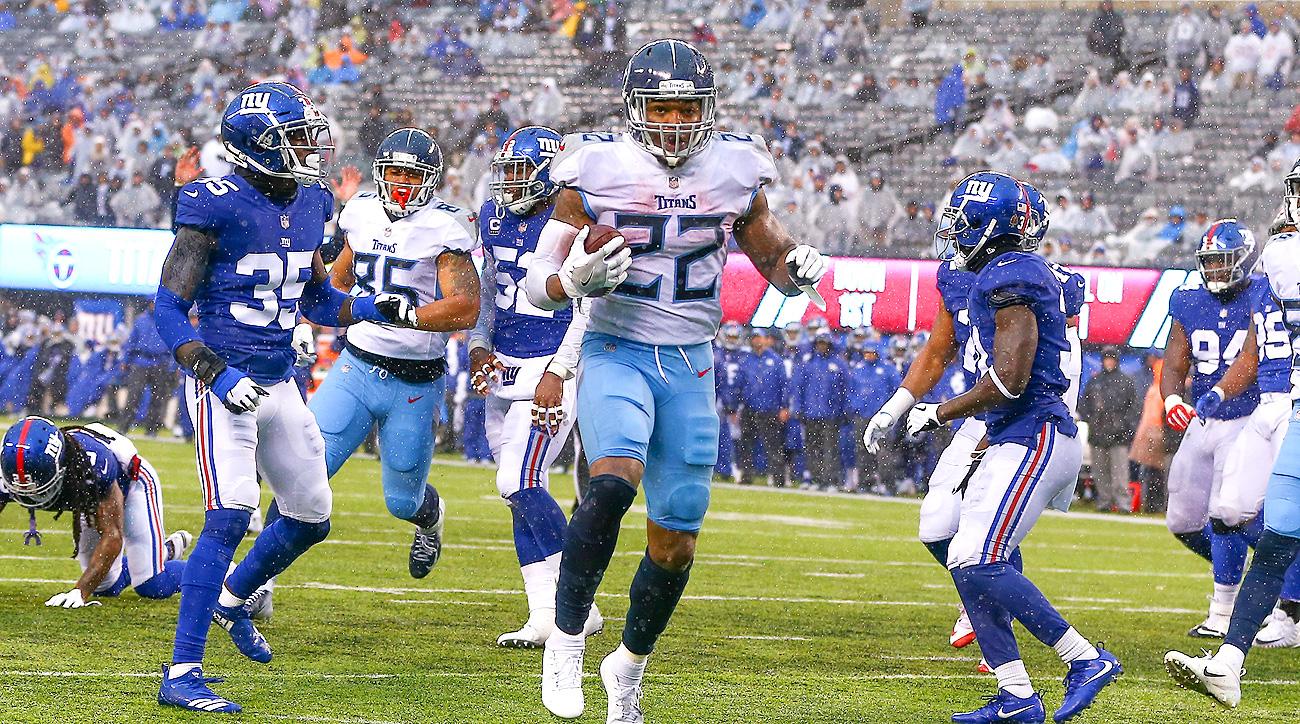 The Redskins and Titans kick off a second-straight Saturday slate, and we’re running down the best prop bets for the game, which kicks off at 4:30 ET/1:30 PT.

Of course, “best prop bets” and “Tennessee Titans” don’t always go hand in hand, at least, not for us. They’re a tough team to handicap, and unlike the 5-0 dream card last Monday night, this card is no slam dunk.

What I do know is that the Titans are at home as 10-point favorites in this one, a situation which sets up well for Derrick Henry to bowl is way to another easy over.

We already talked about Henry in our breakdown of some Monkey Knife Fight’s prop bets for Saturday, but it’s worth repeating what a phenomenal spot he’s in.

Longtime readers will know I rarely chase any number over 70, but there are just so many factors working in his favor:

Henry had a career-best 33 carries last week, and I’m betting his ceiling this week is around 25 totes as the Titans continue to ride the hot hand.

While I’d play this line up 87.5, I’d rather not pay any more vig than we currently are.

In addition to all of the above, this is Week 16’s lowest-totaled game. That’s not a great sign for Davis, nor is the fact that  the Titans are the second-biggest favorite of the week.

Even if Davis hadn’t been stinking up the joint in recent weeks, this wouldn’t be a great spot for him.

Perhaps that’s a harsh assessment, but whatever the reason, Davis’ targets have dried up.

More than the underlying numbers, it’s the shift in market share that stands out the most. Since returning from injury in Week 13, Taywan Taylor has two more targets and 133 percent more Air Yards (307 to 132) than Davis.

The matchup against Josh Norman isn’t a huge factor, but it’s enough to tip the scales even further towards the under.

I wouldn’t play this line any lower, but at this number, I’d be willing to pay up to -122.

To be frank, I don’t love this card, nor any card involving the Titans. These may wind up being my only two plays (as always follow us on Twitter for new plays), but if you’re looking for a little more action on this one, here are a few “unofficial” leans:

Now up to 94 yards on 16 carries in six quarters of play, Johnson’s legs may be Washington’s best bet at moving the ball.

Adrian Peterson is looking shot behind a CFL-level line, while Johnson has nothing that could be fairly characterized as a passing game weapon.