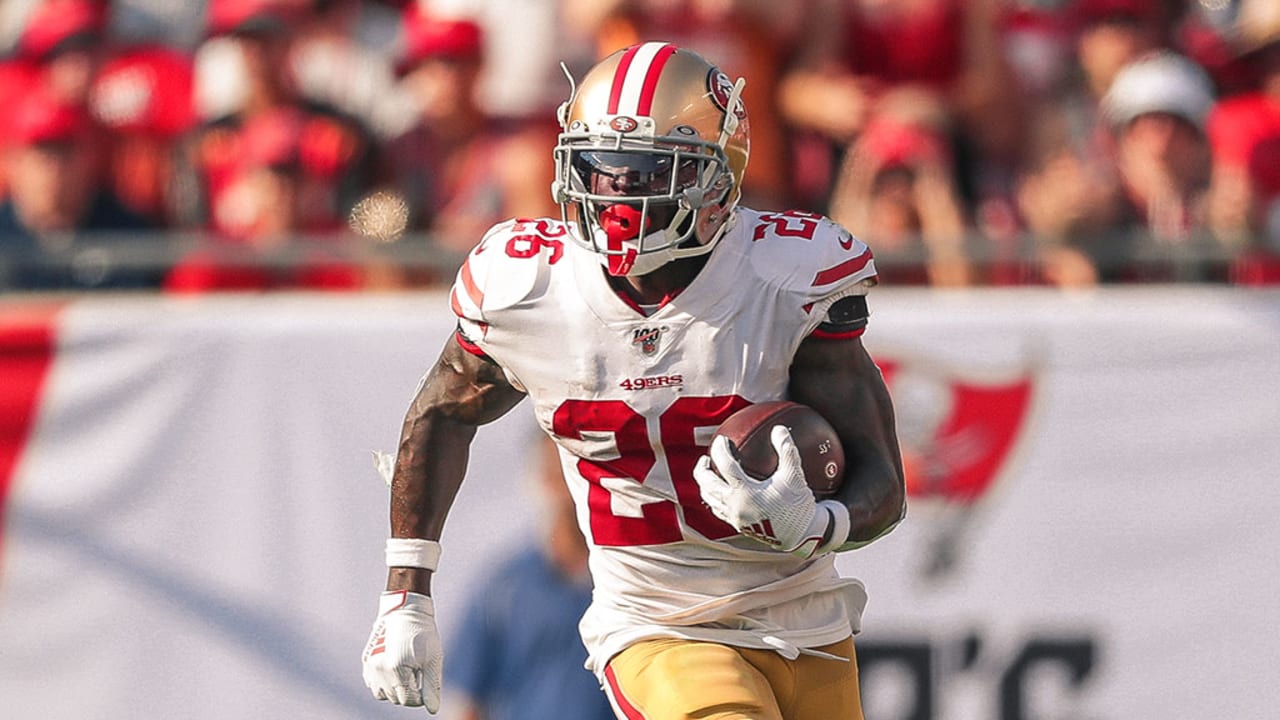 Another primetime clunker awaits us this evening, and we're thankful for some 49ers Cardinals props on Thursday Night Football to keep us titillated.

The 49ers have built their perfect record by squeezing the life out of their opponents, rarely allowing them to touch the ball and not giving them much when they do. We'll explore that trend in our first prop looking Jimmy Garoppolo's passing attempts, before breaking down the rushing yards line for RB Tevin Coleman.

San Francisco is one of the more extreme examples we've seen of a run-heavy offense in recent years, completing sucking the breath out of their opponent's offense and keeping them stapled to the sideline bench for most of the game.

As a result, San Francisco's passing volume ranks near the bottom of every category:

Despite playing at a high pace and running the third-most total plays per game (70), Jimmy Garoppolo is averaging just 27 attempts per game. That's also his median number, as the only time we've seen him go over 30 attempts this year is in competitive games against Pittsburg the Rams. 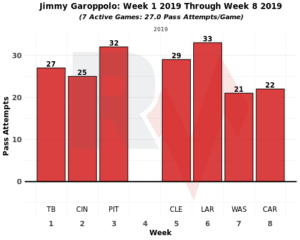 This game is not expected to be competitive, and if the 49ers don't have to throw, they've proven they won't. They're favored by 10 points at most books tonight, so it's more likely we see a heavy dose of the run game and red-hot Tevin Coleman, who just shredded the Panthers for 105 rushing yards on just 11 carries (9.5 YPC).

The Cardinals defense has surrendered the eighth-most rushing yards and has allowed five-straight rushers to hit at least 72 yards on the ground, two of whom (Latavius Murray and Chris Carson) went over 100 yards.

They're beatable through the air as well, ranking 28th in passing yards per game allowed with 277, but unless they can jump out to an early lead, I don't see why San Francisco would force a pass-heavy game plan.

The ceiling for Garoppolo's attempts is probably around 30 in this matchup, giving us some nice value at this number.