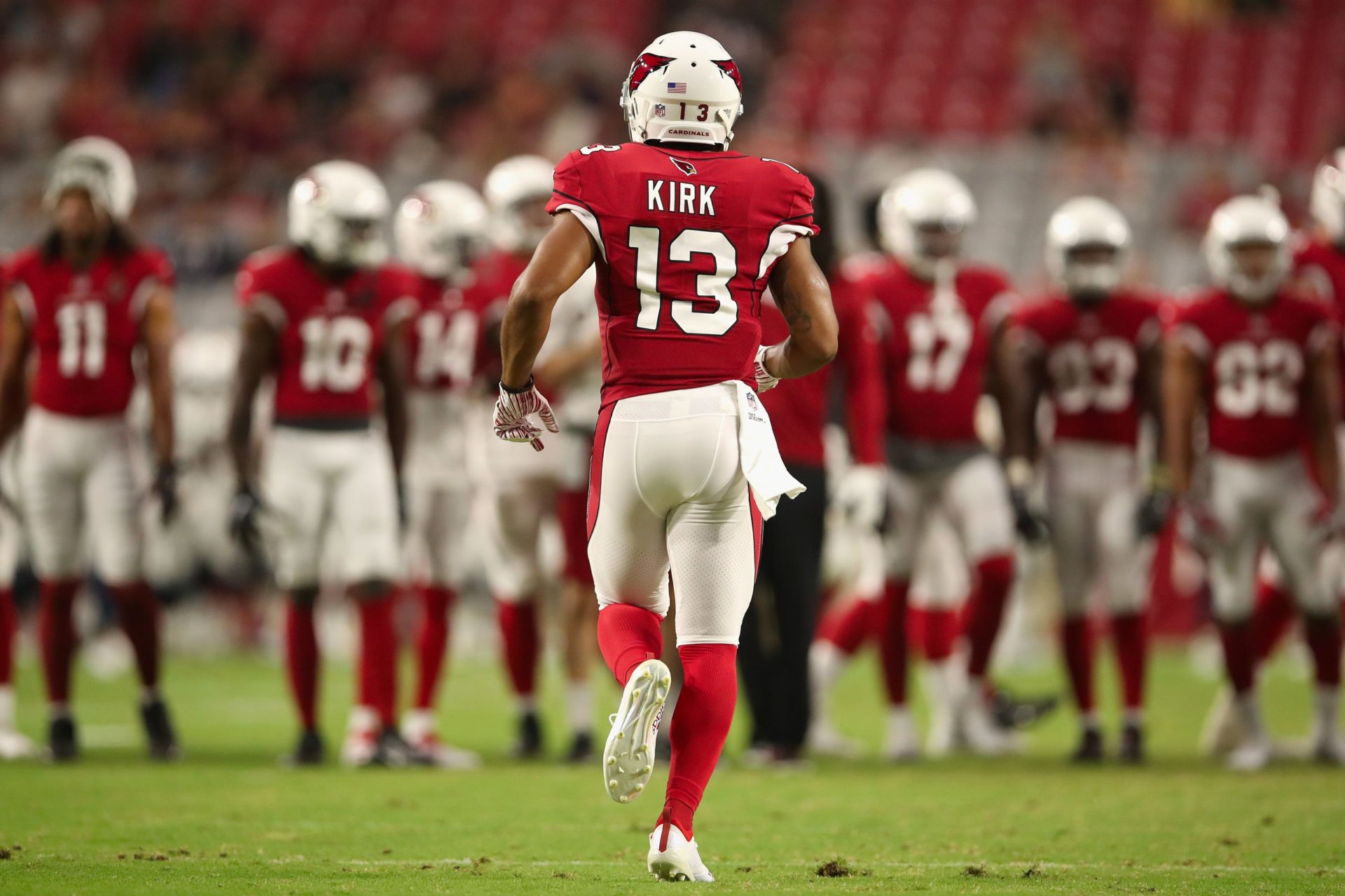 Thursday Night Football features two underachieving offenses, a setup which can often be a good thing from a prop betting perspective.

Bad offenses tend to be predictable, and while that’s bad for them, it means profitable opportunities for us.

Let’s dig in to some of the best values on the board for the tilt between the Broncos and Cardinals.

Since Josh Rosen took over as the Cardinals starting QB in Week 4, he’s put up more than twice as many yards than his fellow second-round WR, Courtland Sutton.

While it’s interesting to see Sutton hold the slight edge in Air Yards,  Kirk has been far more efficient (RACR), and he leads his team in targets with a 19 percent share.

Kirk also faces the weakest link in the Broncos secondary, as he’ll face Bradley Roby, who’s allowed the fourth-most yards in the league, according to Pro Football Focus. Roby’s been cooked by Robby Anderson (123 yards), Robert Woods (109), and John Brown (86) in recent weeks.

And while the Cardinals have been stung by slot WRs, they’ve fared better against outside WRs like Sutton, who has yet to hit 60 yards receiving this year.

I love the plus odds here on what looks like a very attainable number.

While Kirk leads the team in targets on the year, no one has more looks in the last two weeks than Seals-Jones, who hit a season high with five catches last week.

The Broncos have allowed an average of 4.3 receptions to opposing TEs, 12th most in the league. They’ve also been terribly inefficient defending the position, allowing the sixth-most yards per game at 70.3, giving the Cardinals good reason to attack with Seals-Jones.

The game plan for both teams in this one should be glaringly obvious, although it’s admittedly hard to trust coaching staffs as bad as these to pick up on the obvious.

Still, these are the two worst teams in the league in terms of rushing yards surrendered. The Broncos just won the dubious distinction of becoming the first NFL team in history to allow back-to-back 200-yard rushers. They’re dead last in rushing yards allow with 150.5 per game, while the Cardinals are second last with 138.6 yards per game.

One would think the Cardinals will pound David Johnson against this sad-sack unit, and in turn, it would make sense for the Broncos to attack Arizona’s biggest weakness, their run defense.

If all goes to plan, it would mean plenty of clock grinding, low scoring, and limited opportunities for Case Keenum. And considering how poorly he’s played, an in-game benching for back-up Chad Kelly is always a possibility.