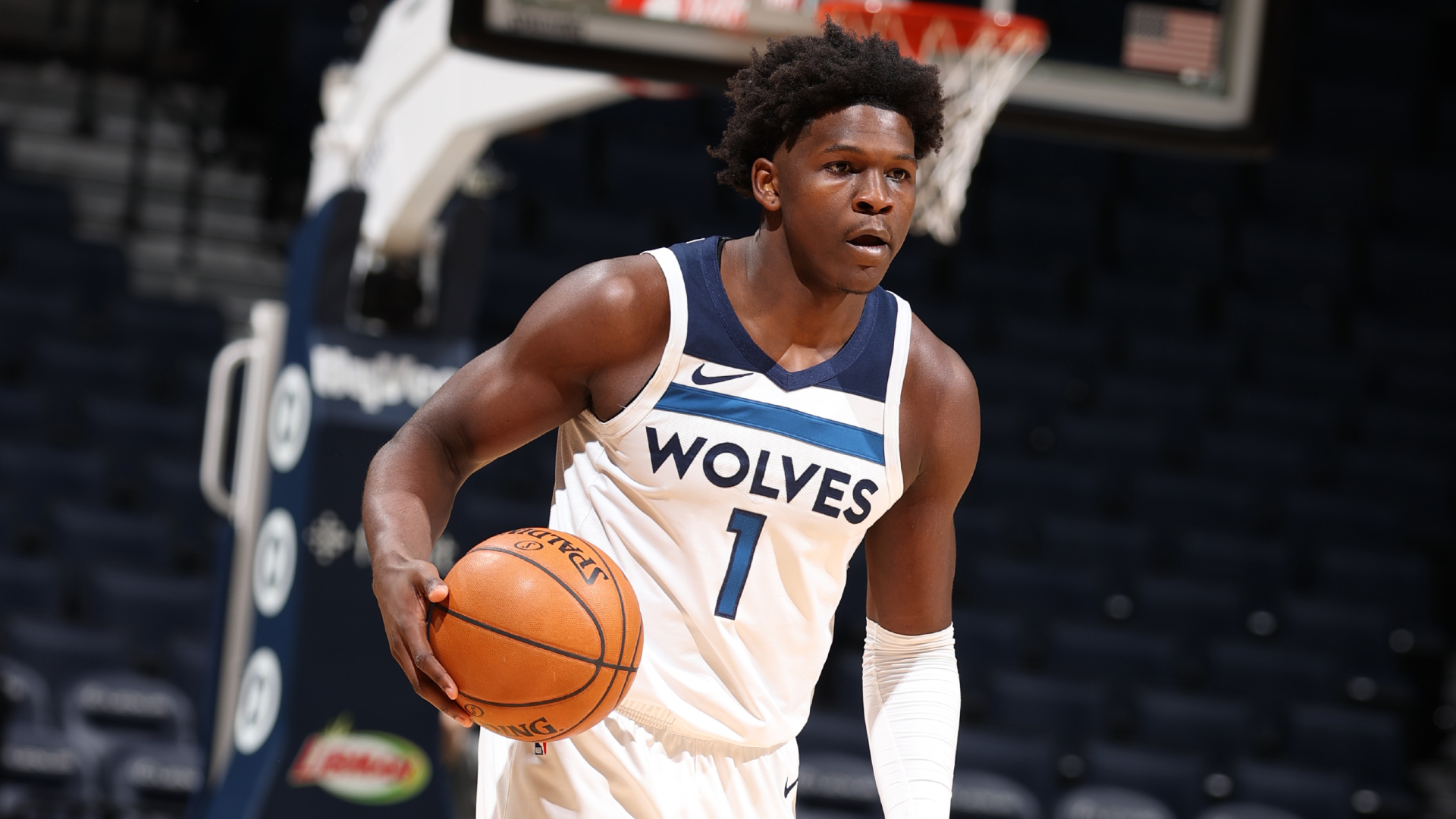 It’s great to be back after the holiday weekend and to celebrate we’ve got a seven-game slate featuring this Anthony Edwards prop.

It’s a fun one, as Edwards has emerged as the leading candidate to take home the Rookie of the Year award. The Timberwolves are dealing with a plethora of injuries, so they’ll be counting on the No. 1 pick to play big minutes as they look to stop a two-game skid in a winnable matchup versus the reeling Kings.

Edwards has been a scoring machine since the All Star break, averaging 24.6 points over his last 14 games. He’s also seen his field goal percentage take a significant leap each of the past four months:

Edwards has improved from an efficiency standpoint despite taking more shots, which is a promising development. He takes nearly all of his shots either at the rim or from behind the arc. He’s had success attacking the basket, as he shoots an impressive 63% on field goal attempts at the rim.

Also worth noting that the Wolves will likely be without Malik Beasley, Ricky Rubio, and Jaylen Nowell, who account for a combined 79 minutes per night that Minnesota will be missing in its backcourt rotation. It would not surprise me at all to see Edwards play upwards of 40 minutes tonight.

Kings Without a Crown

The former Bulldog will square off against a pitiful Kings defense that ranks last in Defensive Efficiency.

They surrender the most points in the paint per game (53.6), which is where I expect Edwards to do a lot of his damage. The Kings play at the 12th-fastest  pace, while the Wolves check-in at third overall which also bodes well for the over here.

With a projected point total of 236 points and two teams allergic to defense, I could see Edwards notching the third 30-point game of his young career. I expect him to have his way against a Kings team that has no answer for him defensively.