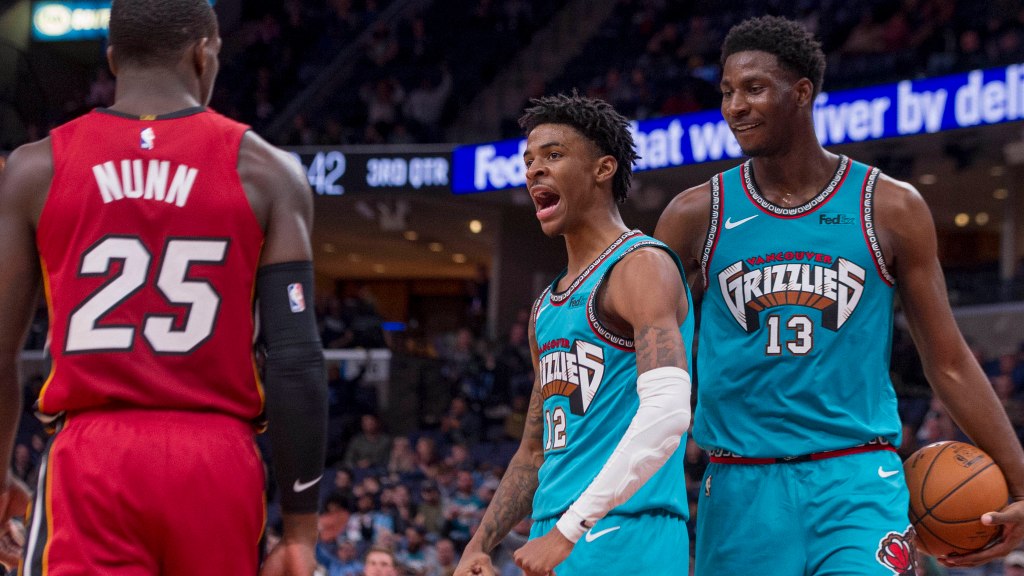 We’re back, and more free NBA props are on the menu.

I’m cooking up something spicy today as my favorite play involves Grizzlies point guard Ja Morant, as he faces a Miami team that’s been especially tough on opposing point guards, and I expect Morant to feel the Heat.

Looking for the best NBA projections? They’re at ETR and we can offer exclusive savings

After a scintillating rookie season that saw the explosive point guard take home plenty of hardware, Morant has struggled with consistency as a sophomore. His counting numbers are virtually identical to last year; however, his shooting splits have regressed:

Morant’s found things especially difficult as of late, having failed to score 13 points in five of his last seven games. He’s also been held under 19 points in nine of his last 12 overall.

The Grizzlies boast one of the deepest rotations in the league, and this is reflected by their bench averaging 40.3 PPG, good for the third-highest average. With eight Memphis players averaging at least 9 points, the Grizzlies just don’t need as much scoring from Morant.

The Heat is On

Morant will face off against a stingy Miami defense that allows the fewest points to opposing point guards. Their team defense is also elite, ranking fifth in defensive efficiency and surrendering the third-fewest points per game at 107.

Another component of this play that I love is Miami gives up the fewest points in the paint per game (40.1), and nearly 65% of Morant’s field goal attempts come within 10 feet of the basket. The Heat’s ability to protect the paint should make things very difficult on Morant, whose offensive arsenal mainly consists of a variety of floaters and shots at the rim.

The Heat held Morant to 13 points on 5/15 shooting (33%) a week before acquiring Victor Oladipo at the tread deadline. Despite Oladipo’s struggles offensively he’s still a premier on-ball defender, and I expect him to be a major thorn in Morant’s side and make things very difficult on the young point guard.

Morant will face an uphill climb against an elite Heat defense that make a living shutting down opposing point guards. I have Morant penciled in to score 15 points in what projects to be the second-lowest scoring game on tonight’s slate.