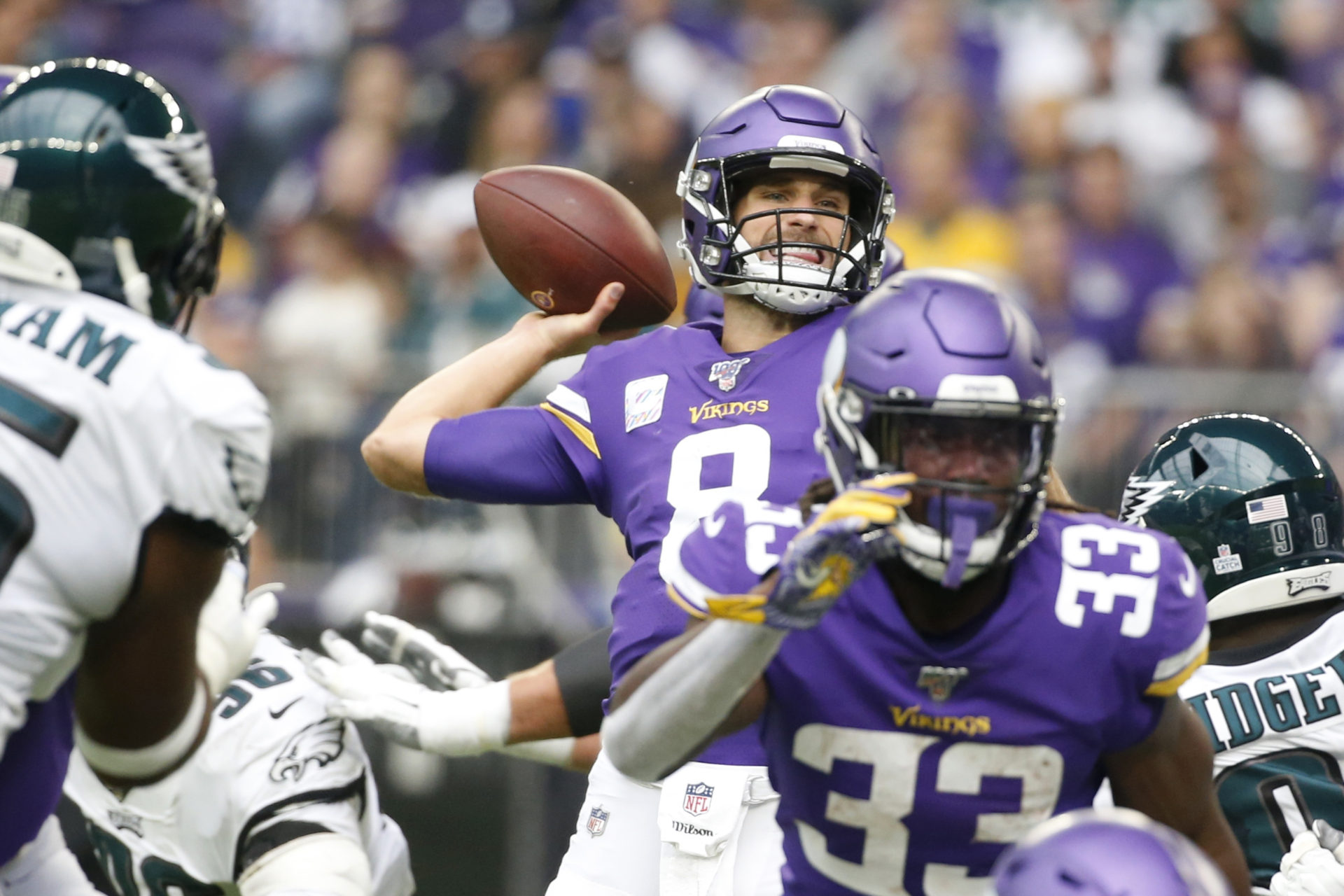 It's another one of those primetime matchups where we're thankful for betting, as teeing up there Vikings Redskins props is about the only thing that makes this matchup watchable.

Oddsmakers aren't expecting a competitive game, as the spread has been set at 16.5 points in favor of the hosting Vikings, and with an over/under of 42-points, don't anticipate too many offensive fireworks, either.

So it's no surprise that our first official play checks in as an under. We'll evaluate that Paul Richardson receiving line and lay out two leans for Kirk Cousins and Irv Smith Jr. for those who want a little more action tonight, garbage game de damned. It's been a few weeks since we offered any leans, but they're now 11-4 on the season.

We booked this one for our Picks Plus and Insider subscribers at 30.5 yards (-115) on Wednesday.

Richardson hasn't tallied a single catch over the last two weeks as the Redskins make good on their promise to go more run-heavy after the firing of Jay Gruden.

He's commanded five or fewer targets in five of seven games this year, ranking 59th among all WRs in that category and 78th in receiving yards. 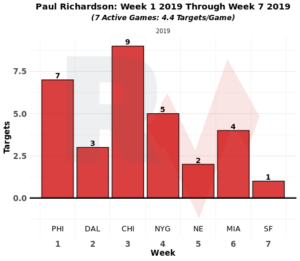 The former Seahawk is now averaging 23.3 receiving yards per game with a median result of 14 yards. Richardson ranks 67th at the position in Air Yards with 39.6 per game.

Theoretically, he should be more involved this week with Washington coming in as huge underdogs, but volume still may be hard to come by -- the Vikings will grind down the clock with a heavy dose of Dalvin Cook, and the Redskins will likely to do their best to keep things close via the run game as well.

Richardson's date with left cornerback Trae Waynes is mostly a neutral one, but I'm not focused on the matchup in this one -- Richardson has really been his own worst enemy this year.

Despite maintaining a relatively strong target market share (reTRGMS) of 15%, his efficiency has fallen off the face of the earth in terms of yards per reception (reYPR) and targets (reYPT) compared to earlier in his career.

Treat this lean on prop bets for Vikings Redskins as entertainment and play it at your own risk.